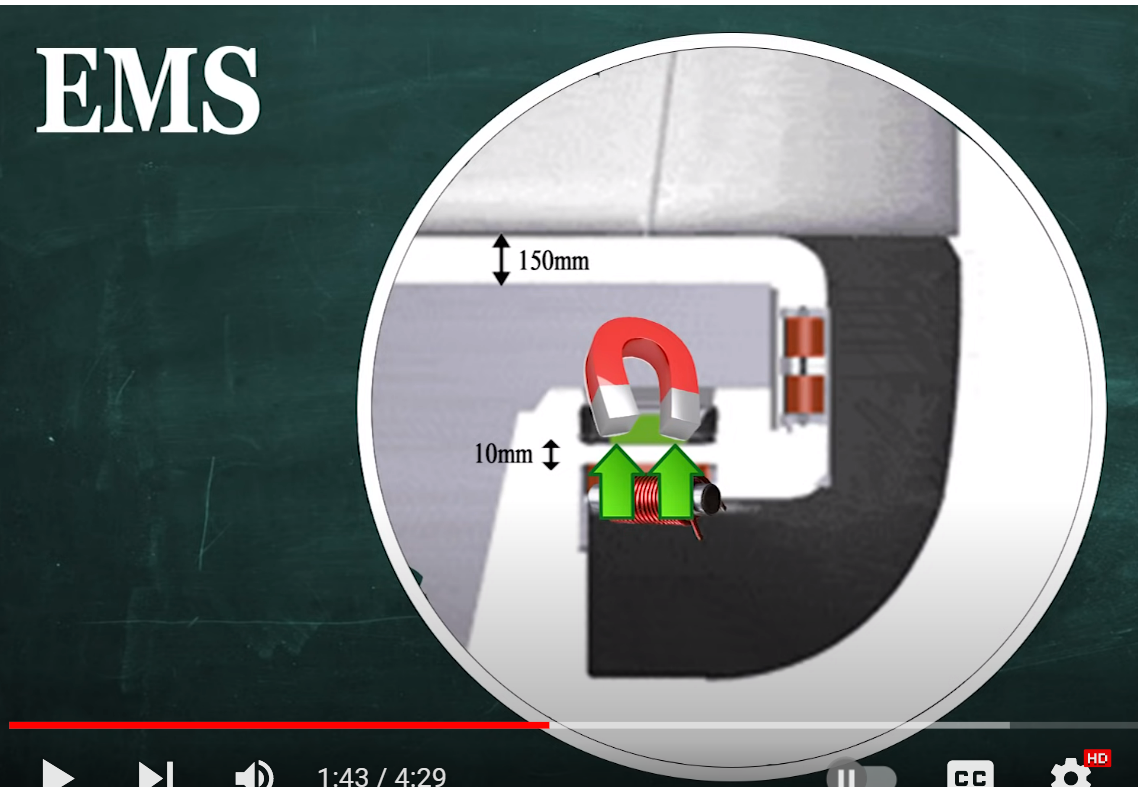 jessica smithjessica smith
12122 bronze badges
New contributor
jessica smith is a new contributor to this site. Take care in asking for clarification, commenting, and answering. Check out our Code of Conduct.
$\endgroup$
Add a comment  |

You are correct. Without an active feedback mechanism that senses the distance between the train and the track the two would stick together just like ordinary magnets. There is even a mathematical proof for that called Earnshaw's theorem, which applies to both point charges and magnetic materials. The theorem rules out any static configuration of charges and magnets that would maintain stable levitation. There are exceptions in the theorem for diamagnetic materials that will allow for levitation of small objects in strong fields and levitation using superconductors. It also doesn't forbid the levitation of moving objects (like spinning magnetic tops) and configurations with AC fields. In practice, however, most engineering designs will also employ active regulation of the distance between the tracks and the trains by changing the strength of the magnetic field.

FlatterMannFlatterMann
11755 bronze badges
New contributor
FlatterMann is a new contributor to this site. Take care in asking for clarification, commenting, and answering. Check out our Code of Conduct.
$\endgroup$
Add a comment  |
0
$\begingroup$

Complete physics of levitating train is nicely animated and explained in this film: https://www.youtube.com/watch?v=XjwF-STGtfE There are various films on the Internet, but for me the description is clearest in every aspect of the described physics. I hope you'll find it useful, especially in visualizing the problem.

I don't consider this an answer, but since I cannot make comments yet, I write it here.

12
How do permanent magnets manage to focus field on one side?
1
Closed and Open Electromagnetic Cores
1
Repulsive Force between two Electromagnets
2
Question about north and south poles of a magnet
3
How do electric dipoles exist?
0
Would a horizontally-imbalanced maglev train car be propelled by the force of gravity?
7
Why do atoms repel when closer but attract when farther apart?
1
How do Lego train carriages couple together no matter how you place them?