Do asteroids create sonic boom while entering the atmosphere?

Because of the lack of any materials to propagate sound, it can't spread in space. There's the air in the atmosphere, but its volume mass increases constantly (either linear or exponential, I don't know) - it means that atmosphere doesn't have a sharp edge that separates it from space directly.

What happens, when an asteroid moves faster than the speed of sound (I suggest it happens quite often, but I'm not sure) and it enters to the atmosphere of Earth?

Does it create a sonic boom? Definitely, what's the level of atmospheric pressure that is necessary to the exist of sound (and consequently, sonic bangs) and how far is it from Earth surface?

According to the American Meteor Society, the sonic boom of an asteroid or meteor (sometimes referred to as a 'fireball') is due to

If a very bright fireball, usually greater than magnitude -8, penetrates to the stratosphere, below an altitude of about 50 km (30 miles), and explodes as a bolide, there is a chance that sonic booms may be heard on the ground below. This is more likely if the bolide occurs at an altitude angle of about 45 degrees or so for the observer, and is less likely if the bolide occurs overhead (although still possible) or near the horizon.

And from CalTech's CoolCosmos page

When an object travels faster than the speed of sound in Earth's atmosphere, a shock wave can be created that can be heard as a sonic boom.

The reason for asteroids causing sonic booms in the lower atmosphere, is according to the article How the Falling Meteor Packed a Sonic Punch (Klotz, 2013) is due to 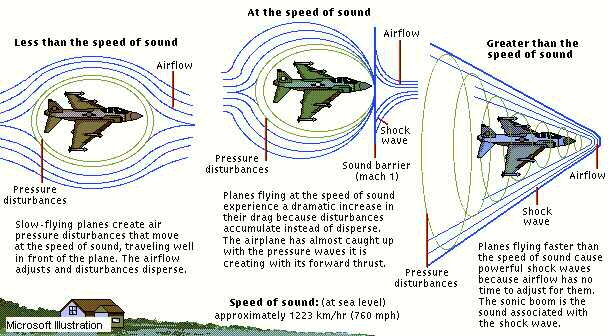 So, if a meteor, asteroid is going faster than the speed of sound for particular part of the atmosphere, then a sonic boom will occur. Going back to the American Meteor Society's description of the likely cause of a sonic boom, they stated that if a meteor comes in 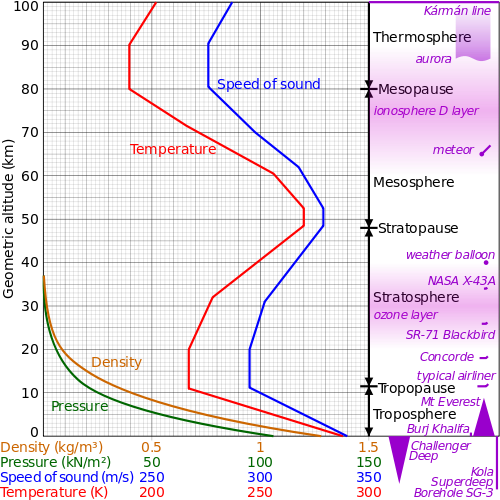 I was looking this up to see how common sonic books from meteors uccur. I was on my roof two nights ago finishing up a project after dark. A light caught my eye. As soon as I looked up I herd a boom right as a meteor shot derectly over my head. It was a red and white streak from north to south. It was huge for a shooting star. The boom came from the direction of the meteor. I live in San Diego so if it made it through it probably hit Baja Mex or the Pacific. I for one can confirm meteors create sonic booms.

Not the answer you're looking for? Browse other questions tagged acoustics atmospheric-science asteroids or ask your own question.

15
Did Felix Baumgartner produce a sonic boom during his jump?
7
2013 Russian meteor event, Sonic Boom or Explosion Boom?
26
Could I break the sound barrier using circular motion? (And potentially create a sonic boom?)
1
Sonic boom and resonance
14
Could an asteroid land slowly on Earth's surface?
3
Sonic boom breaking glass
2
Sonic Boom-Breaking the sound barrier
6
Can Infrasound (such as from a black hole) Travel Though "Empty" Space?
7
Why exactly do higher frequency (>240 Hz) sounds on Mars travel ~4% faster than lower frequencies? What's the physics and are there optical analogies?