Can anyone explain this peculiar optical phenomina?

I have been a passenger in a car driving at night in cambodia,

I have noticed that the lights from the cars appear to be lines instead of a circular symetric glow.

I know my eyes have the condition where some lights have this " line" effect, so to see whether or not its just my eyes I took a picture 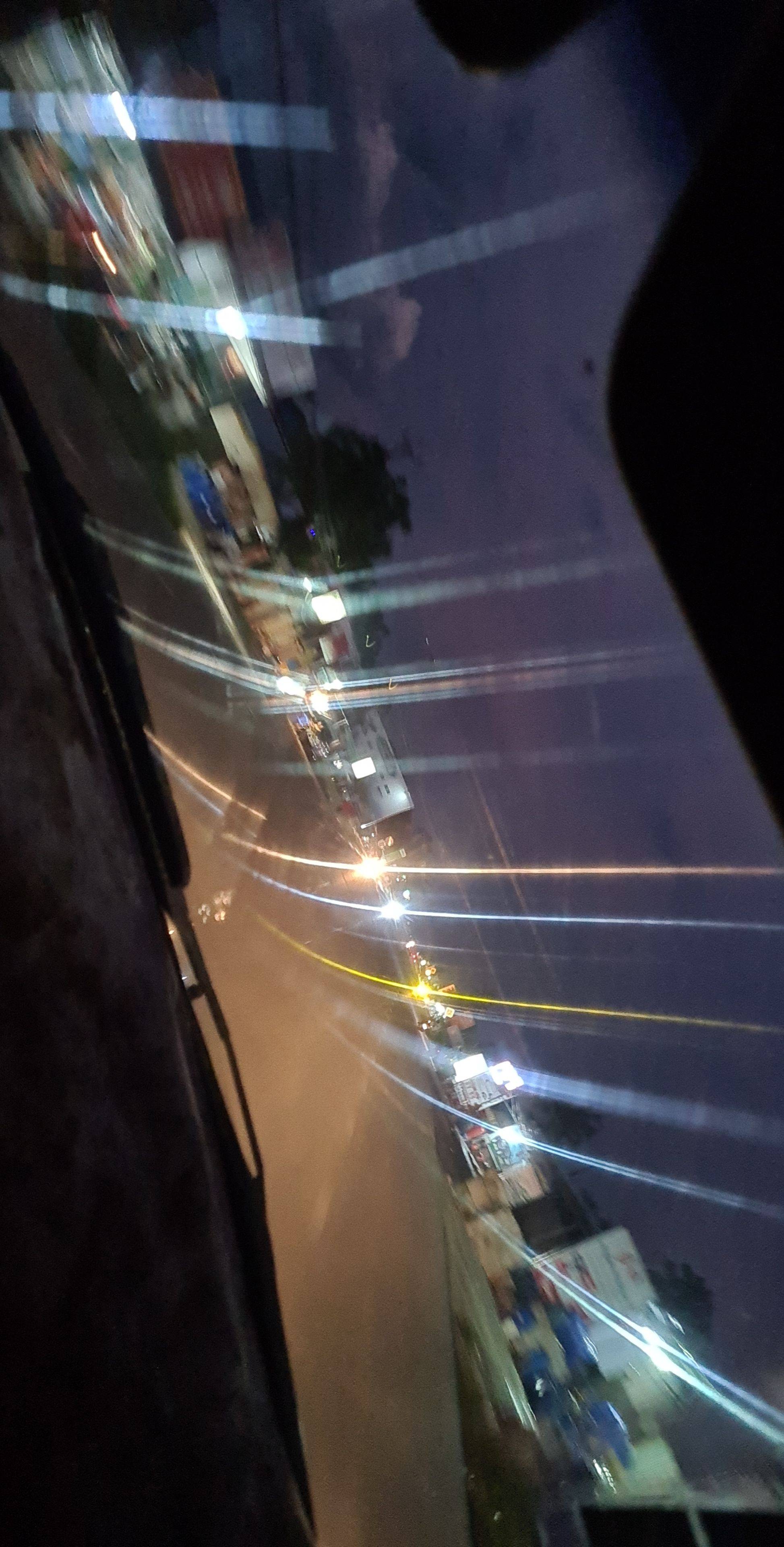 To my surprise the camera sees what my eyes did,

The effect is more complicated that this though, the rays seem to converge to the center of the windshield and the lines orientation changes as you drive past.

Having watched the orientation change depending on the sources angle relative to the car, for a good part of 3 hours, I think that the lines orientation is dependant of the angle of incidence that the light hits the windshield at.

It is a curved windshield.

What is causing this effect?

[P.s I have no idea how ANYONE can drive like this, I most certainly would crash]

That is caused by your windshield having some type of obstacle or distortion on it perpendicular to the lines of light. If you have light diffract around an obstacle (rather than be blocked by it), it will spread out in the shape of the spatial Fourier transform of the obstacle. This happens most strongly with point light sources. For example, you'll see professional photos using a 6-sided aperature show spotlights with 6 pointed stars.

This video covers it with visual examples:

My first guess was that it looks like a linear diffraction grating caused by micro defects inside glass, however in that case we should see a wavelength dispersion,- color deviations like in a rainbow. The fact that we see almost monochromatic light and in most cases - just blueish color, raises another possible explanation that glass can have micro impurities which upon contact with light - scatters light waves, in particular directions which are dependent on structure/anisotropy of these impurities. It can be almost same Rayleigh scattering phenomena which explains sky blue color.

The simple answer is diffraction. If you've never heard of that before - it's basically light passing through a tiny slit and creating interference patterns on the other side of that hole (see this: https://en.wikipedia.org/wiki/Diffraction#Single-slit_diffraction)

Here's an image of the types of images you will see if you vary the slit with width $w$ below. I'm just guessing here - but perhaps light waves similarly diffract off the invisible slits in glass to produce this effect. 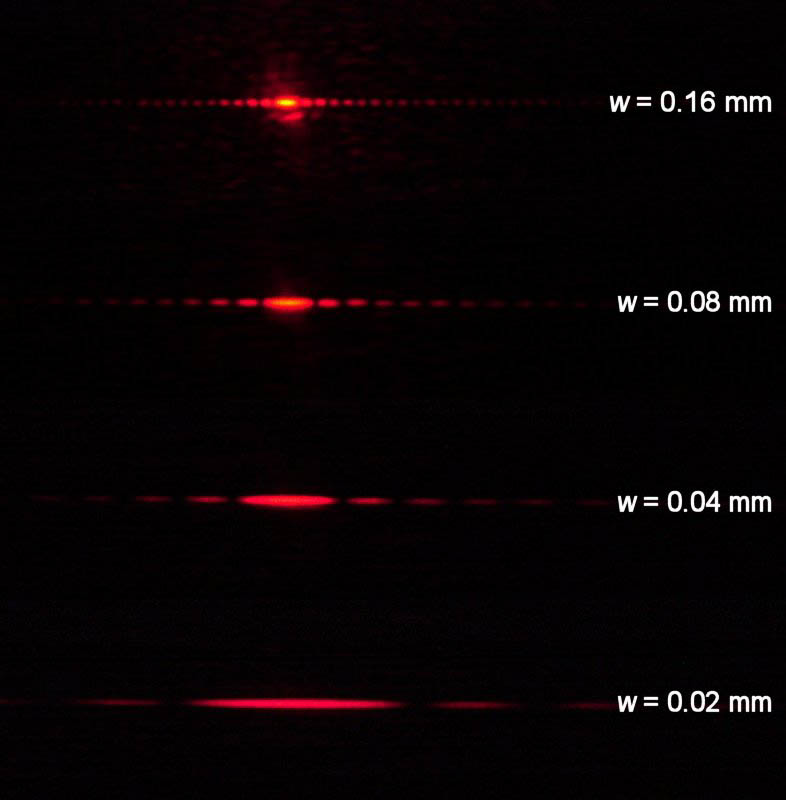 15
What's the origin of the flattened X that appears when of a small (but powerfull enough) light is reflected in our non-powered TV screen?
0
Why is glow visible around bright light sources in darkness?
3
Can someone explain why optical rotation occurs?
1
Does anyone know what this equipment is?
2
How we can explain bending of electromagnetic waves in a different optical media?
3
What's the Physics behind this optical effect