Is it possible make a train moving with less atmospheric friction if a pressurized air shield is applied at its frontal part?

Like the magnetic field blocks radiation particles approaching Earth could a pressurized air pipe at the frontal part of a train block atmosphere that constantly slows down that train? The pipe should have such an end that emits fast air in directions that are perpendicular to the train trajectory forming a flow that looks like an umbrela. The energy lost for using the pressurized air to block atmospheric particles is ballanced by minimizing the friction for the train to be slightly faster. The problem could be that this shield may produce vacuum at the train frontal glass that's why I am asking is this even possible as a solution. 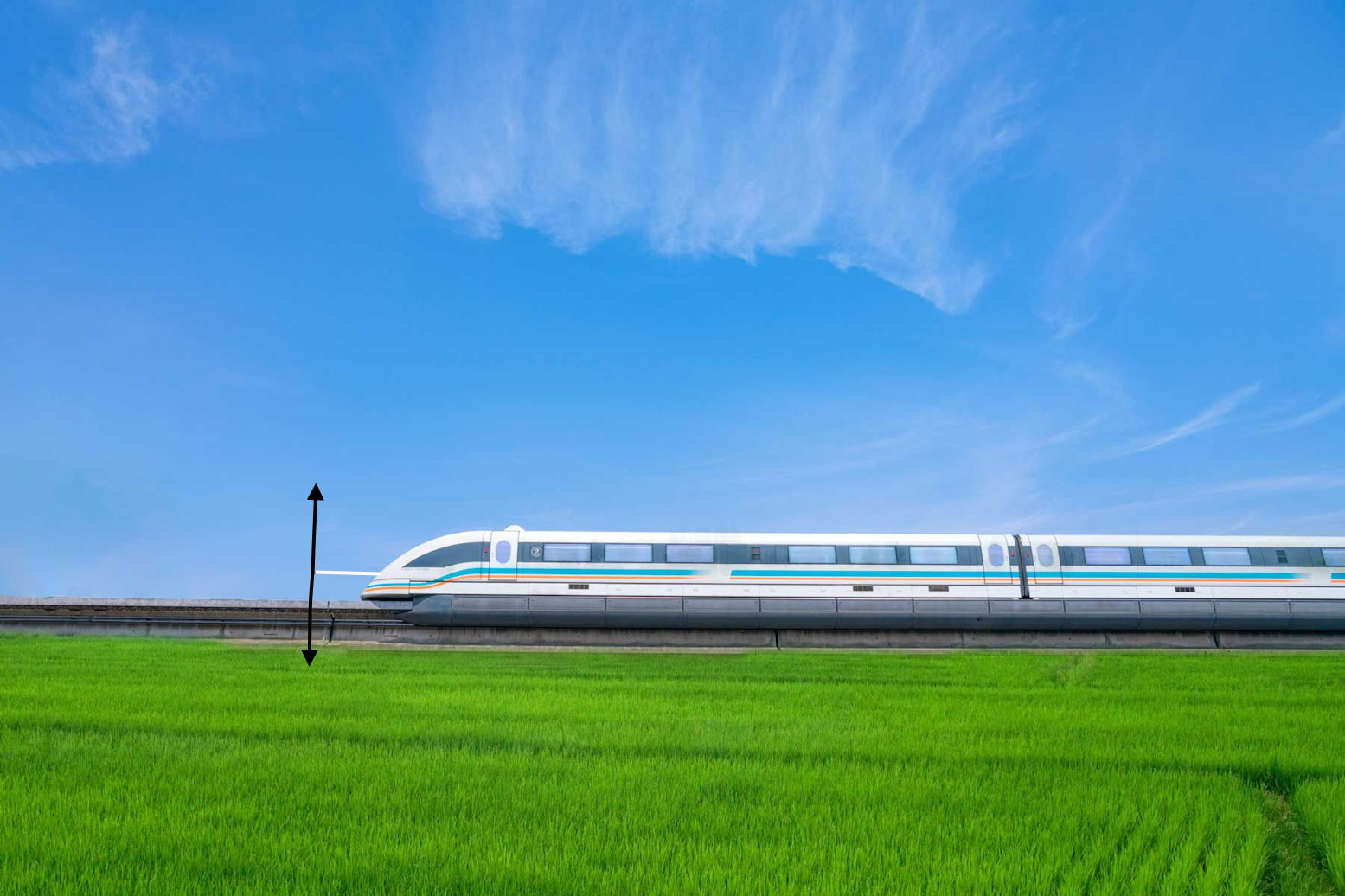 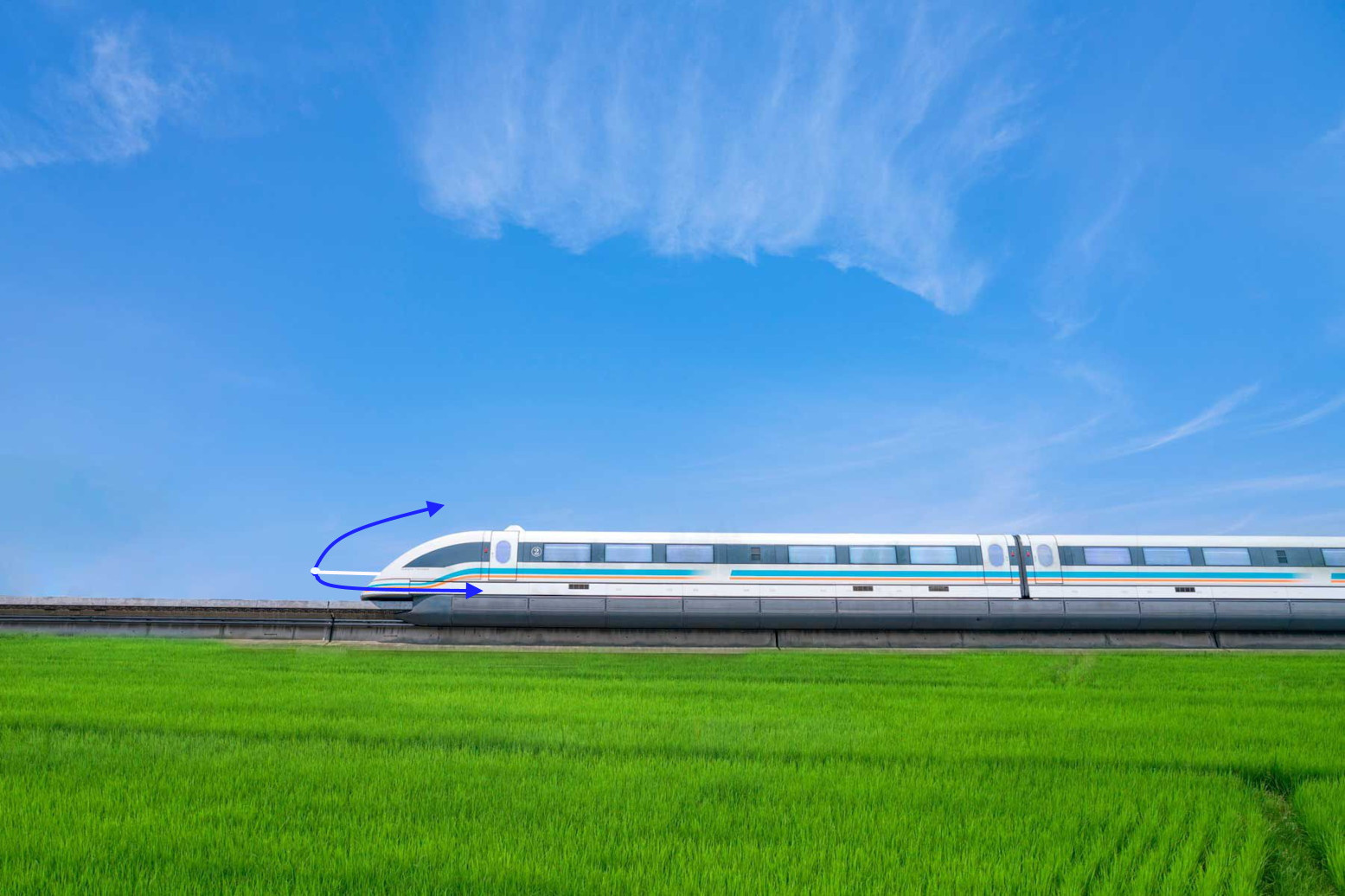 (Please,can my question migrate to engineering SE to avoid rewriting?)

Unlikely since the density of air is already low, and the speeds are not that fast. You could try to use something like helium and have a thin layer of helium to try to reduce drag. Hard drives used contain to have helium to reduce drag.

Underwater on the other hand, it is a much more viable concept. There have been a variety of experiments with supercavitation. By reducing drag the underwater torpedo can go much faster. 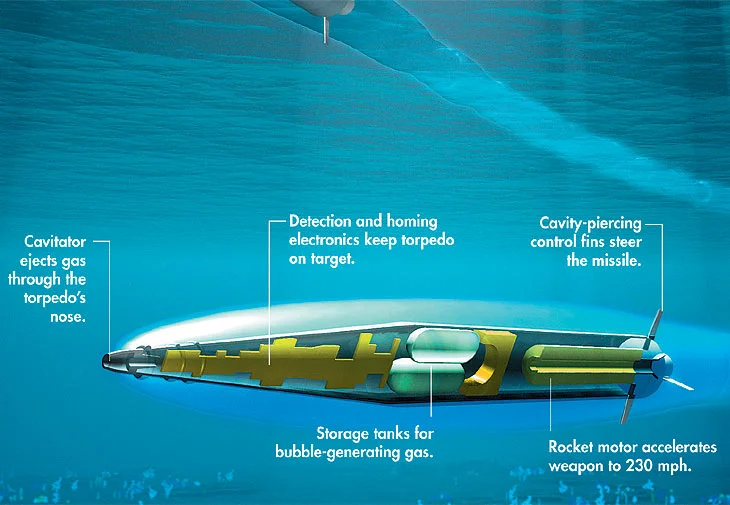 0
Does opening or closing the window in a non-AC car in the summer affect how much heat is felt inside?
1
Behavior of sound on interface of 2 media
2
How much will rolling bodies like cylinders set on a surface of a fast moving body attenuate its friction with atmosphere?