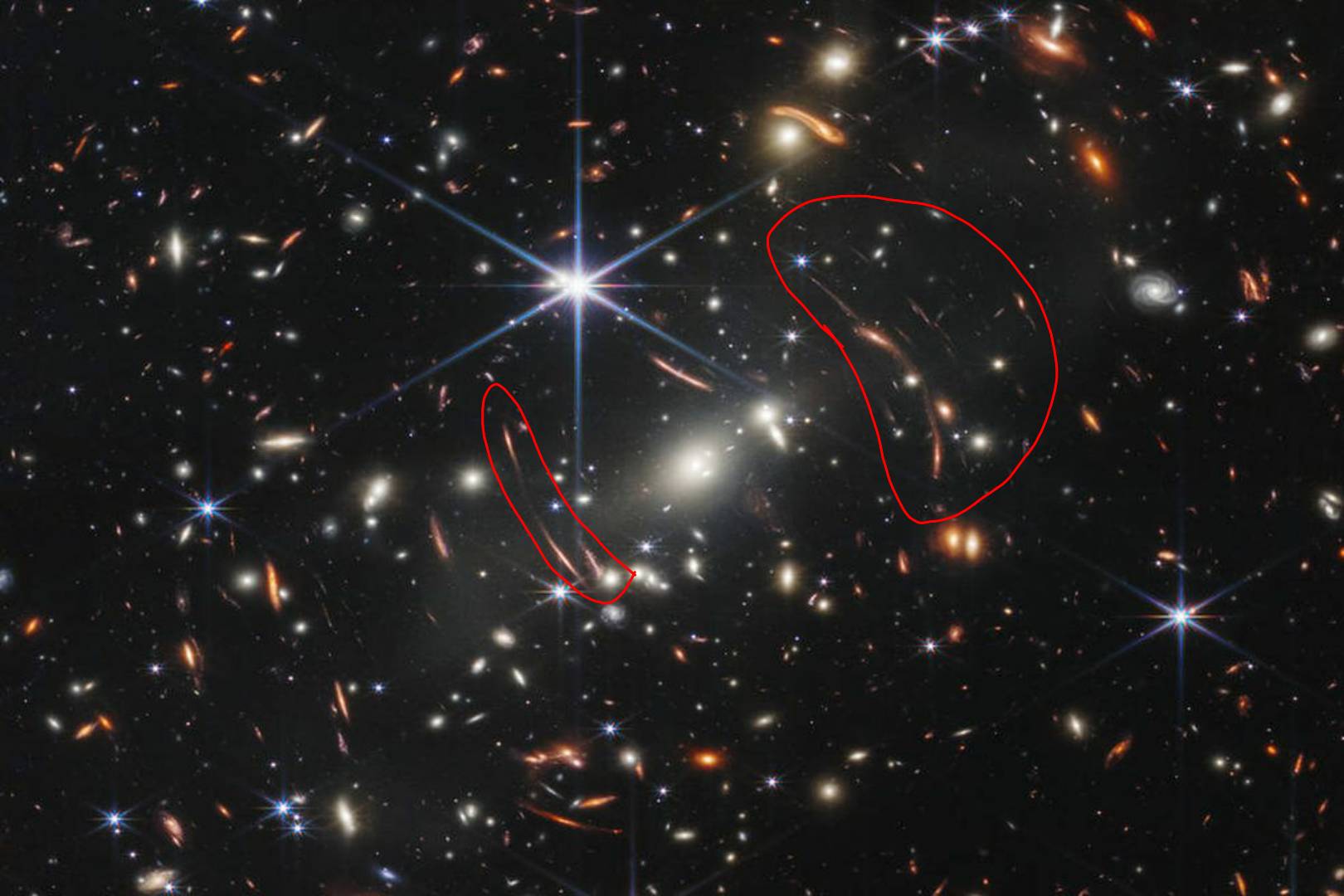 Why do the circled galaxies seem to form long circular arcs that surround the white point at the center? And why do most of the galaxies in this image seem to be facing that same point? What is in that point?

The image is that of distant galaxies being gravitationally lensed by a foreground (though still very distant) cluster of galaxies. The paths of the light from the distant galaxies are bent by the spacetime curvature caused by the mass in the foreground cluster.

The distorted images are those of the background galaxies. The distortions in their shapes tells you something about the distribution of mass in the foreground lensing object. In this case, the distortions are mostly tangential to a central point, which reveals (perhaps unsurprisingly) that the mass in the foreground object has a distribution that is roughly spherically symmetric and concentrated towards a central point, which is marked by a large, dominant, central elliptical galaxy in the image. Careful analysis of the shape and brightness of the distroted galaxies can reveal the relative distribution of "normal", luminous matter and dark matter in the foreground cluster.

4
What is the name of this galaxy in HCG7?
3
What is an extreme deep field image (XDF) and how is it captured?
4
What is the average mass of galaxies according to Hubble Deep and Ultra Deep field observations?
1
Before we realized that supermassive black holes were at the center of large galaxies, how did the models explain galaxies?
2
How big bang could produce later collisions
4
How would shape noise be distinguished from weak gravitational lensing?
2
Understanding a plot obtained from the 2dF redshift survey
2
Can an image formed by gravitational lensing be corrected for the inevitable aberration?