Why do we say the universe is isotropic when we are clearly moving w.r.t the CMB?

Modern cosmology is built on the Friedmann equations, which in turn rely on isotropy — the idea that the universe looks the same in every direction — as a fundamental assumption.

However, there's a very noticeable dipole in the CMB, the standard interpretation of which is that we are moving with respect to the frame in which the CMB is at rest. 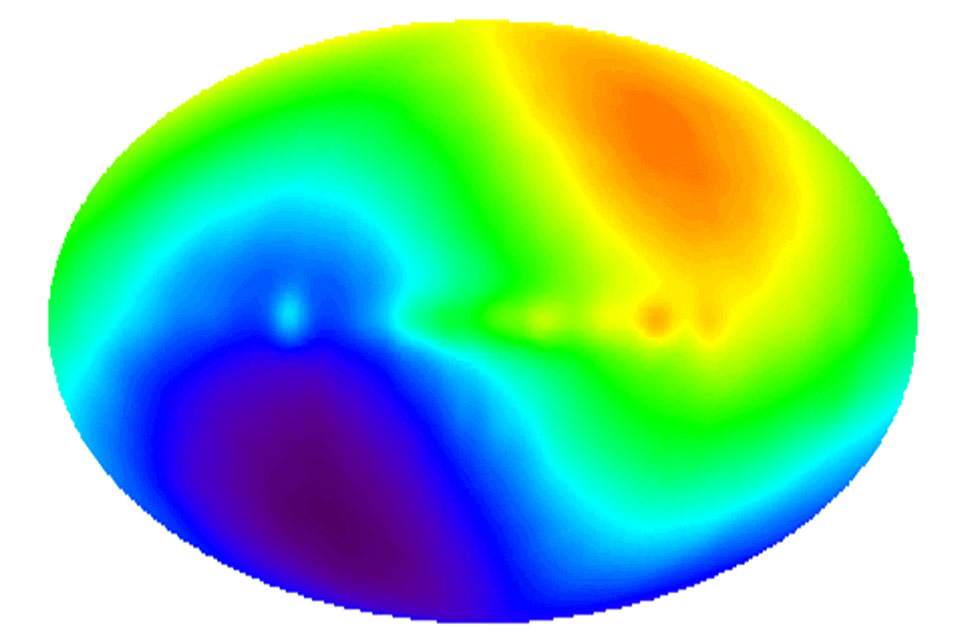 The best way to understand this I found is in terms of the possible symmetries of spacetime. Minkowski spacetime has 10 independent ones:

FLRW spacetime (which is the base of our cosmological models) has 6 of these: translations (homogeneity) and rotations (isotropy).

The fact that boost symmetry is missing means that there is a preferential velocity for observers, and moving with any velocity except for it will mean we see something different from the isotropic, homogeneous FLRW universe. However, the point is that there exists a frame with all these symmetries. It's just not the Earth's one, since as you note we see a dipole modulation in the CMB.

The key property of the CMB is statistical isotropy. This does not mean that different directions are the same, but that on average (over very large scales, $\gtrsim 100\ {\rm Mpc}$) there is no preferred direction.

In more detail, the spherical harmonic coefficients of the temperature fluctuations, $a_{\ell m}$, obey the conditions (Eq 30 of https://arxiv.org/abs/0802.3688) \begin{eqnarray} \langle a_{\ell m} \rangle &=& 0 \ \ (\ell > 0) \\ \langle a_{\ell m}^\star a_{\ell' m'} \rangle &\propto& \delta_{\ell \ell'} \delta_{mm'} \end{eqnarray} We can remove the dipole $\langle a_{2m}\rangle$ with a trivial change of coordinates (corresponding to a boost counteracting our local motion, as you said). Once we do this, the above conditions are satisfied, as far as we can tell observationally (eg: https://arxiv.org/abs/0908.0963). The fact that the two point correlation function is diagonal in $m-m'$ space is a particularly stringent constraint that would not be satisfied if the Universe were (noticeably) statistically anisotropic.

I do not understand the math, but as I understand, yes this is an unresolved problem of cosmology. The Wikipedia article on the "cosmological principle" starts like this:

Unsolved problem in physics: Is the universe homogeneous and isotropic at large enough scales, as claimed by the cosmological principle and assumed by all models that use the Friedmann–Lemaître–Robertson–Walker metric, including the current version of the ΛCDM model, or is the universe inhomogeneous or anisotropic?

It is all very well covered on Wikipedia. Here are some selective quotes from the same article:

Karl Popler wrote: the “cosmological principles” were, I fear, dogmas that should not have been proposed.

Although the universe is inhomogeneous at smaller scales, according to the ΛCDM model it ought to be isotropic and statistically homogeneous on scales larger than 250 million light years. However, recent findings have suggested that violations of the cosmological principle exist in the universe and thus have called the ΛCDM model into question, with some authors suggesting that the cosmological principle is now obsolete and the Friedmann–Lemaître–Robertson–Walker metric breaks down in the late universe.

Planck's new image of the CMB suggests that some aspects of the standard model of cosmology may need a rethink, raising the possibility that the fabric of the cosmos, on the largest scales of the observable Universe, might be more complex than we think.

"Why do we still believe that the universe is isotropic then?"

I do not know. Probably because it is the best explanatory model we have. More data supports it than not.

As to the more general question: why do people believe the things they do? I do not think physics can explain that. Try metaphysics and/or philosophy :)

14
Can the Big Rip really rip apart an atomic nucleus?
11
What is the exact meaning of homogeneity in cosmology?
3
Is there any evidence against the Cosmological Principle?
9
Will the CMB rest frame always coincide with co-moving coordinates?
7
Why is CMB not considered as the edge of the universe?
3
Why is the Universe anisotropic to a non-comoving observer?
7
How are Raw Observations Processed to Obtain Pure CMB Data?
1
How can CMB anisotropies be due only to inhomogeneities?
2
Does the frame in which the CMB is isotropic violate the Copernican Principle?