Attraction and repulsion of molecules of the same substance

I find that sentence very badly written, so I hope that your book isn't always like that. In any case, the potential describing the interaction between two molecules is probably of the form: 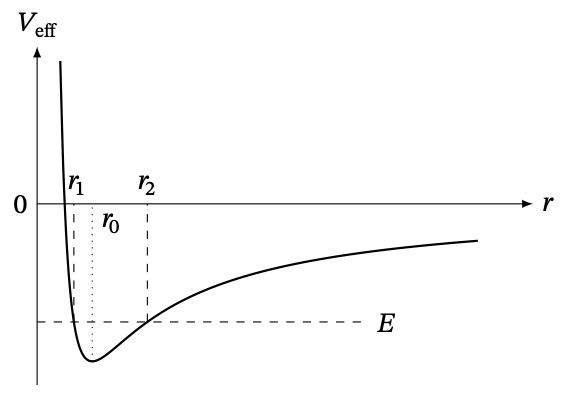 Now look at the potential:

To add to the already correct answer by @Miayse:
Think of a two pieces of magnet or two balls of different electric charge: they are attracted to each other, but, once they touch, cannot get closer anymore - this would require them physically penetrating each other.

A caveat here is that we are talking about molecules, not about atoms and certainly not about two particles of the opposite charge. In the latter case, we have simple Coulomb attraction, and any repulsive force is unfathomable. Atoms and molecules are however made of many charges of different sign. So they may attract each other even when each molecule is overall neutral - although this attraction is weaker than the Coulomb law. Yet, when the two molecules are brought very close to each other, they would repel - accommodating all these charges in small space would require changing the structure of molecules, which is energetically unfavorable. Lennard-Jones potential is a simplified model of such intermolecular interactions.

To some extent this also applies to metals: electrons in metals repel each other, and the fact that there are positive ions present does not alone explain the stability of a metal (the Earnshow theorem tells us that classically such a system could not be stable). There is however a quantum contribution due to the indistinguishability of electrons (exchange energy) which keeps electrons from running too far away:

Not the answer you're looking for? Browse other questions tagged molecules or ask your own question.

2
What laws (formulas) govern forces between atoms?
1
Which is the same between two connected rooms, relative or absolute humidity?
0
Why hot molecules have higher velocities
0
Are individual atoms inside a molecule (covalent) still really EM neutral?
3
Why do different gases have the same average kinetic energy at the same temperature?
1
Forces during the formation of hydrogen molecules
0
Strength of intermolecular forces as a function of distance
18
Are water molecules at the surface closer or farther apart than the molecules inside?
0
Why do two molecules of an element attract each other?