How will the current flow in the figure drawn below? 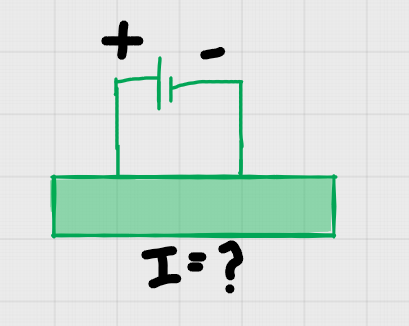 Consider the green material in the figure to be conducting. So, I was wondering how the current will flow in the rod, as the battery is not connected at the ends, but on the surface of the rod. Thus, will there be no current at the ends of the rod and what about voltage?

An approximate numerically calculated figure is attached. The figure is a two-dimensional result. Although 3D calculations is possible, the figure is easier to see in 2D. $\phi$ is potential in volts. $\vec{J}$ is the electric current density. 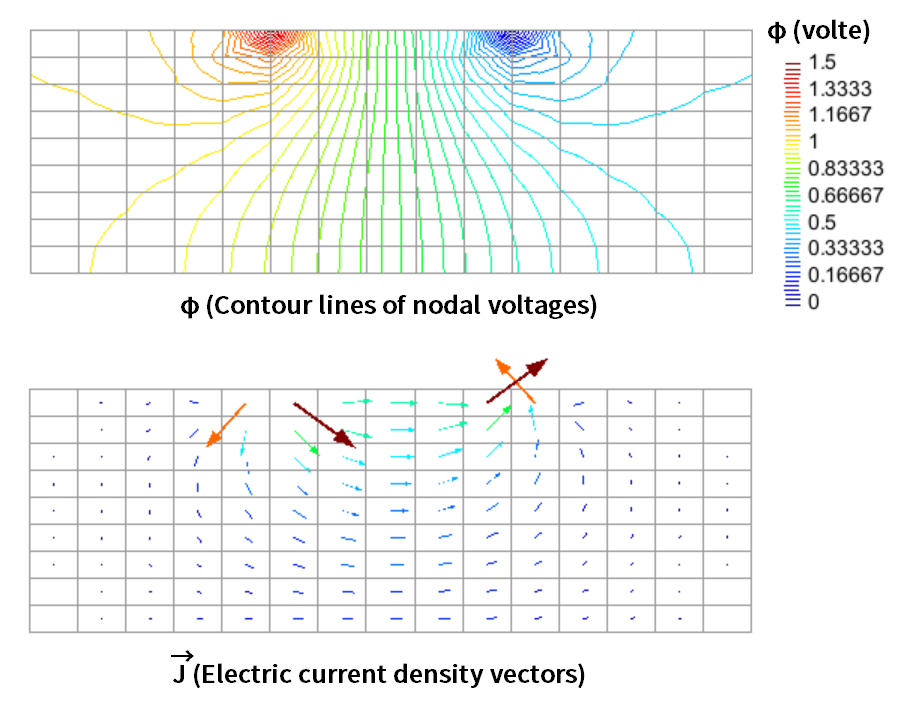 (Edit #1) I add a figure highlighting the elements in the two left-most columns.

Yes. There won't be any noticeable amount current at the ends of the rod because the electric field formed inside the conductor will be restricted so the electrons will dominantly experience the force when they are in the region between the points across which the potential difference is applied or else there might be some small amount influence of electric field at the end and the area near the end, which will result in some negligible amount of current.

0
How to evaluate, how much current flows in the circuit?
0
Will current flow if Circuit contains a single cell?
3
Will current flow if there's no return path?
1
How is voltage proportional to current?
0
How does the current become homogeneous within a circuit?
2
How does a current cause a voltage?
0
If voltage causes current to flow how can a battery have constant voltage but supply different amounts of current?
0
Will the current travel through the 4 ohms lamps if a resistor is put there?