Are Field Lines an accurate depiction of reality?

Field lines are used for explaining a wide variety of phenomenon. But is it really an accurate depiction of reality?

Is it more accurate to imagine a field in a different manner. For instance, using grey-scale colour to imagine intensity. For instance, for a positive point charge, instead of imagining infinite lines emanating from the point, we image concentric shells around the charge, of infinitesimally thin thickness and all of a different grey-scale colour. So if we imagine black to be the maximum strength(intensity) and white to be 0 intensity, you would effectively imagine an infinitely large sphere whose colour change from white at infinity to black at the centre. Rough approximation: 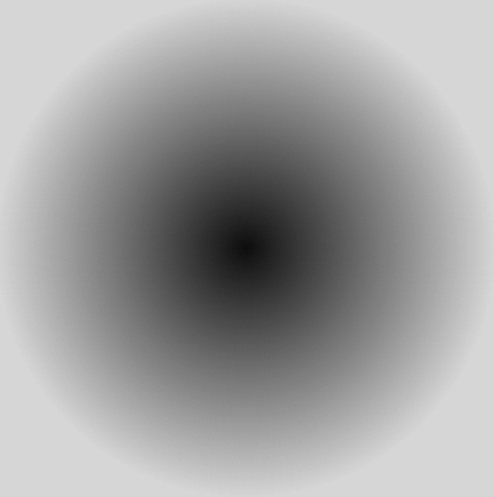 The reason why I thought this might be more accurate was because we can do away with the whole problem (not sure if it is actually a problem!) of having gaps between lines that are filled with infinite other lines. It also seemed more natural to imagine this for inverse square law obeying phenomenon in 3d.

But I lost my confidence when I saw iron filings on a sheet above a bar magnet actually taking up shapes of lines. I think that this may be what inspired Faraday and other at the time. But I think that that could actually be because of some attraction that a magnetised filings have on each other. ie, if you were to move an entire field line of filings to a 'line' between itself and an adjacent filing, it wouldn't move back, would it?

So I'd like to know if this kind of thinking is a more accurate representation of reality?

EDIT: As Daniel Knapp points out: in case of a uniform field, one cannot determine the direction using this technique. It has to be explicitly mentioned. However, I think that for more complicated fields, would this be more accurate?

EDIT2: I think that using a similar diagram with 6 colours with suitable alpha values for up, down, 4 sides would be better. There will be atmost 3 colours blending together for any 2d slice, so it would represent it quite well, imho. I welcome comments regarding that, but the question has been answered and sadly, in the views of a few, this may not be the ideal place to have such discussion about improved field diagrams.

Field line descriptions stand just for a pictorical description of vector fields. They are usually asumed to be smooth functions $\mathbb R^N\to \mathbb R^N$, so the problem you claim to solve is actually not a problem: you just fill the "missing vectors" with the information you get from your neighboors.

More important, the picture you upoloaded doesn't tell de direction of the field nowhere! So the only field it can represent, is a scalar field.

I think the arrows are required for clarity in magnitude and direction of the field. Your picture illustrates your point in a lovely way, but what happens when the electric field is uniform (such as between parallel plates)?

The concentration or density of the field lines depicts the magnitude of the field at that point. Although, I think this is a very loose definition, and it has lots of potential problems with it. For eg. you can have infinite number of lines near that point, so how exactly would you define density? Personally, I have never been satisfied with this part of the depiction, and I believe your way presents this better.

This answers your first question, that yes field lines are an accurate depiction of reality, they tell you the direction of the field at that point, which your diagram doesn't do so efficiently.(The diagram for a point charge looks easy to understand, try making one for complicated field like the one for a dipole, and you'll realize that field lines are better in understanding how the field is acting in the space around it.)

Not the answer you're looking for? Browse other questions tagged electric-fields field-theory magnetic-fields vector-fields or ask your own question.