Lift force equation of a rocket and Lift curve slope

I'm trying to determine the lift curve slope of a rocket to get the lift coefficient, using L/qA . the lift equation I'm using is thrust-drag-mgsin(alpha). to me this seems correct as it essentially finds the normal force as its perpendicular to the direction of flight. my issue is I'm trying to get reasonable values of cl to determine the slope curve but im getting really high values. I'm using a open rocket simulation to get the respective values. Am i doing something wrong? 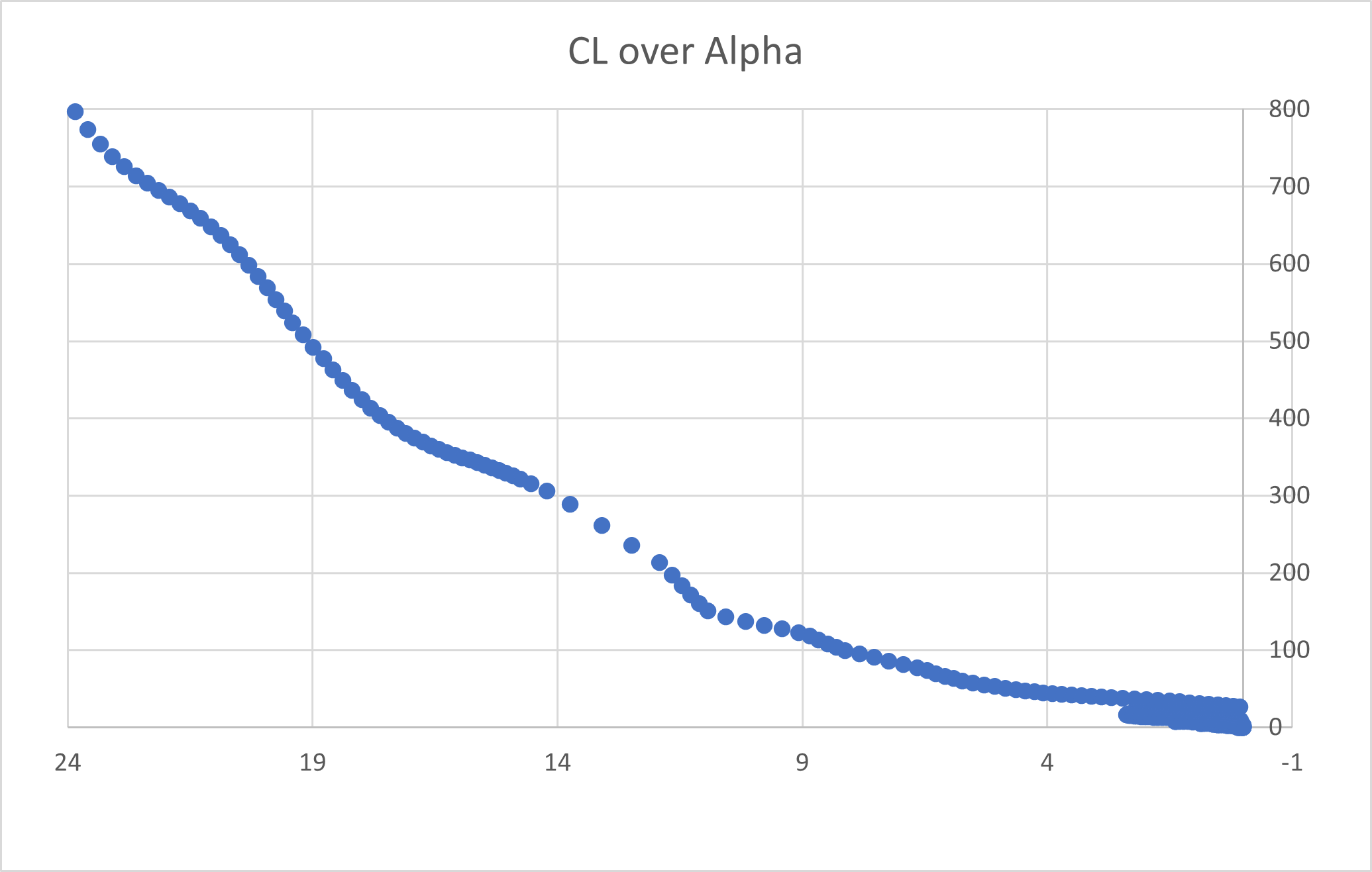 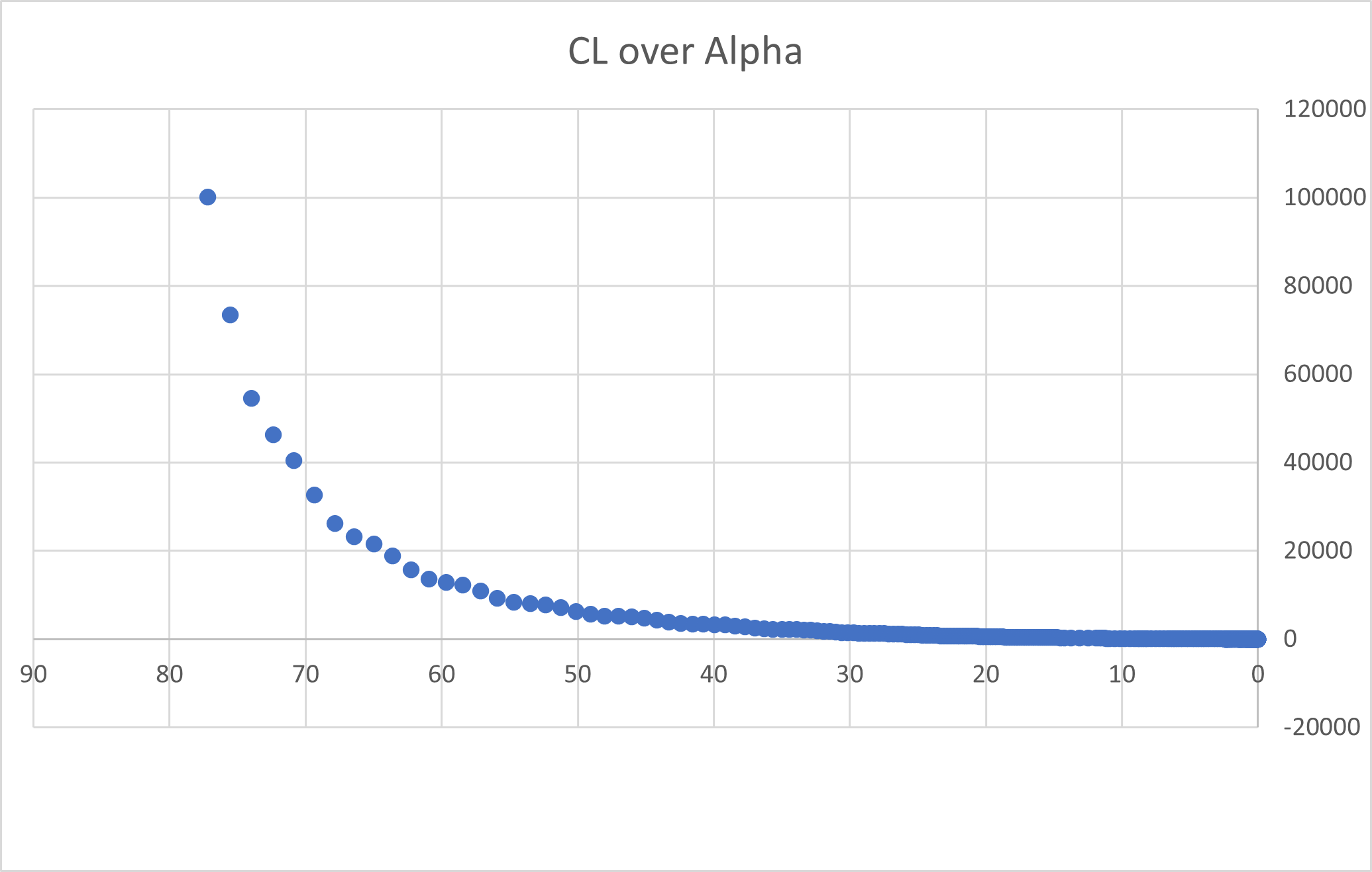 update: I've used axial force and normal force to find lift instead and the values returned are much more in line as to what i would expect. How i would go about finding the lift curve slope here, would i take the gradient of the first curve? i was expecting something more linear but maybe its because the lift on a rocket is a stabilising force ? 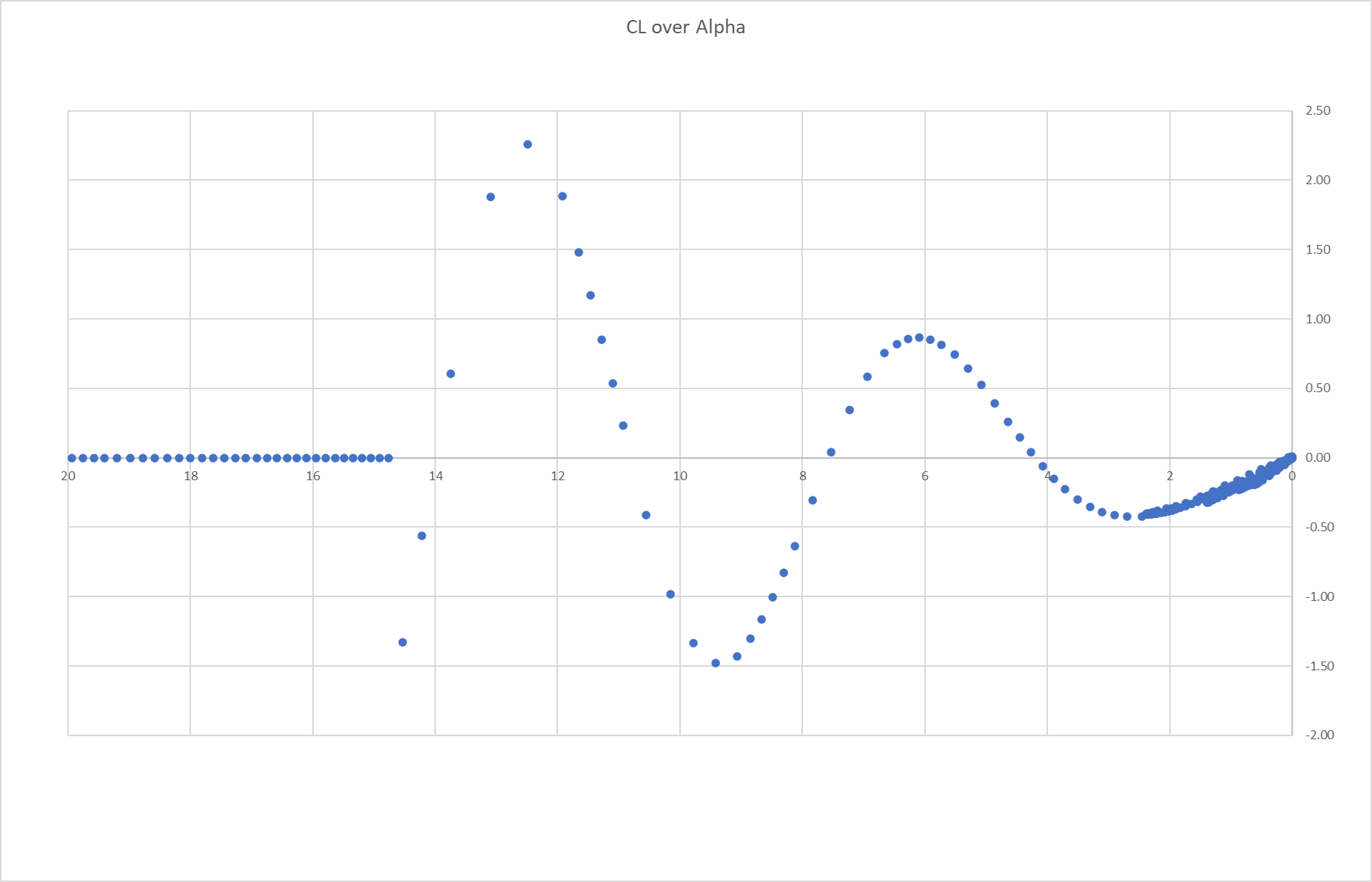 Browse other questions tagged newtonian-mechanics aerodynamics rocket-science lift or ask your own question.

8
Turning an Airplane. What actually causes the circular motion in a banked (roll) turn?
0
Is lift force proportional to size?
0
Is Upside-down Racing Possible?
0
Lift to drag ratio's relation to cotangent of angle of attack when axial force is forward
3
What is the net force on a rocket immediately upon ignition?