Relativity and Current in Wire

If an observer is stationary relative to a current-carrying wire in which electrons are moving, why does the observer measure the density of moving electrons to be the same as the density of electrons if there were no current in the wire?

I read the explanation of magnetic force as a consequence of special relativity. That is, when the observer moves with respect to a current carrying wire in the same direction as the flowing electrons, then s/he observes the density to decrease due to Lorentz expansion and observes the density of positive ions to increase due to Lorentz contraction. The imbalance of charges results in a force that can be explained by Coulomb's law.

That explanation mentions that when the observer is stationary, the density of positive ions and the density of electrons appears to be the same. That last point is what I am stuck on.

Important: My assumption is that a current carrying wire will neither attract nor repel a charge that is stationary with respect to the wire. I am now not sure if that is right :-(

Model: Let's simplify the model of a current in a wire, so we can be definite about what we are talking about. Take a wire (in the wire's frame) to have fixed positive charge density $\rho_{+}$ and assume the electrons at rest w.r.t the wire, with electron density $\rho_{-}$.

Introducing a current sets these electrons moving at some speed $v_\rm{drift}$ w.r.t wire, but leaves the positive charge fixed. We ask the following question:

What is the relationship between $\rho_{-}$ (the electron charge density at rest), and the electron density with current?

This means that when you set up your problem, we have two possible scenarios:

$(ii)$ $\tilde{\rho_{-}}+\rho_{+} = 0$, that is we ask that the electron density in the wire's rest frame has the same magnitude as the positive charge density in the stationary wire. This is the situation of zero force on a stationary external charge you talked about in your edit.

So the question you have to ask yourself, is what situation do you want to deal with? It seems that for the "explanation of magnetic force as a consequence of special relativity" you are interested in, one should consider case $(ii)$ as this allows you to see how a test charge, moving parallel to the wire with velocity $v$, experiencing a force due to a pure magnetic force in one frame (wire rest frame) $F = q v\times B$, is the same force experienced by the charge in its rest frame, effected only by the electric force, $F = q E$, in that frame (as in this frame it isn't moving).

I hope this helps. If you need further explanation, don't hesitate to ask.

When the electrons are moving, how could the charge density still cancel out that of the stationary positive ions?

Regardless of whether the electrons have an average drift velocity or not, with respect to the fixed charge of the wire, the mobile electron density may be such that the wire has net charge or not.

For example, connect a wire to one terminal of a battery. The wire is unconnected at one end so, in steady state, there is no current through the wire. But, it is certainly the case that the wire has net electric charge.

So, for this problem:

we choose the condition to be that, in the reference frame of the lab in which the constant current carrying wire is at rest, the wire is electrically neutral.

Then, the question is, in another reference frame relatively moving with respect to the lab (and thus, the wire), is the wire electrically neutral?

The answer is: in general, no.

It follows that, in this frame, the wire has a net positive charge density.

Now, we don't have to choose the wire to be electrically neutral in the lab frame. But then the question becomes: in another reference frame relatively moving with respect to the lab (and thus, the wire), is the wire charge density the same?

Again, the answer is, in general, no.

I think this is not possible, but I will try to see why you might suggest this is possible.

Consider the following simple circuit at rest in the lab frame. 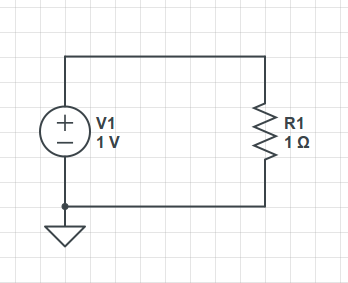 The "top" wire has a net charge density. The "bottom" wire does not. The current through each wire is identical.

This part of the explanation looks to be incorrect (or at best misleading).

The problem is most easily set up by assuming a neutral wire (canceling + and - charge densities) with current in a "lab" frame, and an "observer" charge moving parallel to it. Once you boost to the observer's frame, the wire charge densities no longer cancel, and the observer feels a Coulomb force (contra that statement I quoted).

I think demonstrating that effect is the point of the other answers here: if you start with a neutral current-carrying wire and then boost, the wire is no longer neutral.

So why then do we assume that a wire that is neutral before is neutral after? Because an infinite wire is not a physical configuration. Ultimately any real circuit is a finite loop. And since a finite loop has a finite number of charges, the net charge has to remain zero (in every reference frame, in fact, although the rest frame has the additional condition that the charge density is uniformly zero in the steady state).

So how is it possible that in the infinite case the charge density remains zero in one frane and not another? As with so many things in relativity, it comes down to simultaneity.

To change the current from zero to $I$, we apply a uniform voltage gradient simultaneously across the whole wire and remove it when the current reaches the desired value. But of course in another frame this gradient is not simultaneous, so the current is greater in parts of the wire than others. This causes a build up of charge across the wire.

Or, in words, the gradient in the current causes a change in the charge density of the wire.

Edit:Let us imagine a tiny spherical ball model for an electron. Suppose one such electron is orbiting along a loop of wire of radius R. When the electron starts orbiting, its length will get contracted. Now let us add more electrons to the system. We notice that although each electron experiences a Lorentz contraction, still the charge density of moving electrons in the wire will remain unchanged as compared to a situation in which there is no current. This is because the electrons are bound in the wire, and are at equilibrium.

Hence when we compare charge density in a wire with and and without current, we should notice that in both the cases, there exists electromagnetic forces between the electrons that cause them to rearrange themselves accordingly and attain their respective equilibrium.

For example, an very long straight wire with and without current has same linear charge density in both the cases because both these systems are not equivalent to each other. You cannot get from one to the other using a Lorentz transformation. These are different systems with their own points of equilibrium.

EDIT: I guess the reason I got down-voted was because the answer seemed to imply that any current carrying conductor would have net charge 0. I do not claim that. I presume that we start off with a neutral wire, because having it charged does not help illustrate anything relevant for this question. Also: Readers might get the impression from the answers that Charge Conservation does not apply here. Well, I think that it does. The Current density would have to be replaced by the 4-current version.

EDIT2: Does not apply to either wire in Alfred Cnaturi's diagram. This answer applies to a current carrying wire that is neutral in lab/conductor's frame of reference. I think that that is a fair assumption to answer this question.

If I understand your question correctly, then I would have to repeat Will's answer: There is not net charge in the wire.

Why? Because although the electrons (negative charges) are moving whilst the positive kernels are fixed, since there is a closed circuit in place, they are being replenished by new electrons, regardless of the section you are observing. (Just realised that bit is wrong if you ignore EDIT2 assumption, thanks to Alfred Centauri's excellent link)

Therefore the charge density cancels out that of the positive ions. This much does not require any knowledge of special relativity, and I am sure that this is not solely what you are after.

So, in the case of a moving frame (that of the electron, for instance), the charge density does change to that of rest frame (rest with respect to conductor). But then there has to be conservation of charge! Well, this change in charge density is due not due to accumulation of charge but rather the relativity of simultaneity affecting the measurement of charge density in the moving frame. It is also important to note that the distance between the charge particles that expand or contract does not change, unlike the popular illustrations in books, instead the charge particles undergo the change in dimension.

144
How do moving charges produce magnetic fields?
8
What is the difference between induced and motional emf?
8
Relativistic explanation of attraction between two parallel currents
4
Does the Lorentz invariance of Maxwell's equations apply here?
1
Charge conservation and lenght contraction for a current carrying wire vs zero current wire
2
If electron drift is slow how can magnetism be a product of length contraction in special relativity?