For car engines, the cylinder volume is often associated with the engine power, which suggests scaling of the power as $L^3$ where L is the linear size. Consider a system consisting of a motor and its energy supply, e.g., an internal combustion engine with a fuel tank, or an electric motor with a battery, or a steam turbine with a nuclear reactor etc. Now we scale the system geometrically, up or down by some factor, using same materials, and assume that in the scaled system nothing breaks or burns through, so it can function. What should we expect for the scaling of the output mechanical power? Would it be close to $L^3$? Can an example be constructed where the scaling is very different from $L^3$?

This is really a comment not an answer, but it got a bit long for the comment box.

The problem with your question is that the power of the engine is related to the amount of fuel/air mixture that burns with each cycle, and the frequency (i.e. engine speed). There is clearly some connection between the amount of fuel/air mixture burned per cycle and the size of the cylinder it's burning in, but the efficiency of cylinder filling is affected by so many other factors that we rarely see any but the most basic correlation.

For example, most family cars come in a range of types from those aimed at grannies to those aimed at excessively enthusiastic teenagers and over this range you'll find that engines of the same size can produce very different powers. Typically this is because the valve timing and lift differs between the different engines and hence the cylinder filling efficiency varies. You might wonder why car manufacturers don't always aim at maximum filling efficiency - it's because if you maximise filling efficiency you tend to find you get a high efficiency at only a narrow range of engine speeds, which is great for the racetrack but not much use driving to supermarket.

If you take some example engine cylinder of capacity $C$ then the fuel/air mixture that fills it has to flow in through the inlet valves, and because air has a non-zero viscosity this takes time. If you now double the cylinder size (i.e. raise its volume to $8C$) but don't change the valve size the air/fuel flow rate wouldn't be adequate to fill the cylinder in the time available between cycles. So you double the valve size as well, but of course this only increases the valve area, $A$, by a factor of four to $4A$, and the ratio of valve area ($\approx$ flow rate) to cylinder volume has fallen by a factor of two. This means power won't scale with $L^3$. In practice engine manufacturers combine increased cylinder volume with changes to the valve design, and not simply size. Even so it's hard to maintain efficiency over a large range of cylinder sizes, which is why large engines tend to have more cylinders rather than the same number of bigger cylinders.

Leaving heat engines aside for now, let's try to understand the scaling for a DC electric motor with a battery, which seems to be a simpler case to analyze. For a circuit including a battery with EMF $E$, a motor, and some effective resistance R (distributed between the battery, motor winding, and connecting wires) one can write the energy equation

where $P_{mech}$ is the mechanical power in the motor. 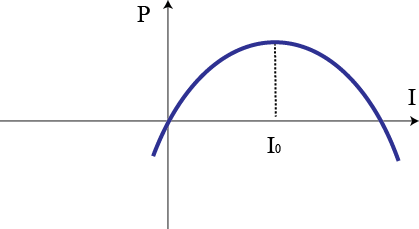 Next, note that if we scale this system geometrically, keeping same materials, then $E$ stays the same (it is set by the electric chemistry of the materials) and $R$ scales as 1/L, where L is the linear size of the system. So the conclusion is that $P_{max}$ scales as L to the first power.

3
Increase thermal efficiency of combustion engine by using heat of coolant/exhaust?
29
Why do turbine engines work?
8
Why is steam a good working fluid for heat engines?
0
How does a steam turbine work in a closed loop?
0
Comparing a gas turbine (Joule cycle) to the Carnot cycle?
1
How was Enrico Fermi able to predict a power output from his uranium and graphite Chicago Pile 1 (CP-1) reactor?
2
Energy lost to hydrogen fuel cell