How can an object with zero acceleration move?

My physics text has a problem in which it is said that a person moves a block of wood in such a way so that the block moves at a constant velocity. The block, therefore, is in dynamic equilibrium and the vector sum of the forces acting on it is equal to zero:

This is where I get confused. If the person is moving the block in such a way so that the sum of the forces acting on it is equal to zero, how can he be moving it at all? I realize that

but for some reason I don't understand how it is possible for the object to move with constant acceleration velocity. Do I have all the pieces? I really feel like I am missing something.

The block was at rest to begin with, and the person is moving the block through the air

For the sake of clearing up ambiguity, here is the actual problem. (I thought it was wooden blocks at first, sorry)

Two workers must pick up bricks that like on the ground and place them on a worktable. They each pick up the same number of bricks and put them on the same height worktable. They lift the bricks so that the bricks travel upward at a constant velocity. The first gets the job done in one-half the time that the second takes. Did one of the workers do more work than the other? If so, which one? Did one of the workers exert more power than the other? If so, which one?

Basically, the intent of this question is to ask if the above problem is entirely hypothetical. My text does not indicate that it is, which is what I find confusing.

If the person is moving the block in such a way so that the sum of the forces acting on it is equal to zero, how can he be moving it at all?

Consider a person pushing the block of wood along a surface with friction where the force due to friction (a force proportional to the speed of the block) exactly cancels the pushing force from the person.

The forces add to zero so the block does not accelerate. However, in order for the forces to add to zero, the block must be moving.

This addendum addresses the (latest) edited version of the question:

The first gets the job done in one-half the time that the second takes. Did one of the workers do more work than the other?

First let's ignore the accelerations at the beginning and end.

Work is force through distance. A brick lifted with constant speed against the pull of gravity to a given height requires a certain amount of work to be done by the worker regardless of the time spent lifting.

So, comparing the amount of work done while the bricks move with constant speed, there is no difference.

However, there is a difference in the power since power is the rate at which work is done.

If the same amount of work is done in half the time, the associated power is double. One worker does work at twice the rate of the other.

Now, let's look at the accelerations. To start a brick moving requires that the worker do work on the brick such that the brick gains kinetic energy.

Thus, the work associated with the accelerations (ideally) cancel and don't factor into this calculation.

Let's tie this together with your original question:

How can an object with zero acceleration move?

Clearly, in this problem, each brick is at rest, is then briefly accelerated to some speed, moves at this speed for some distance, and then is briefly decelerated to rest.

During the portion in which a brick moves upward with constant speed, the worker provides a force which cancels the force of gravity. The momentum of the brick is constant since there is zero net force acting on the brick.

But, the brick is moving upward due to the brief acceleration where it gained momentum and kinetic energy.

I've solved a lot of problems like this. It's not exactly hypothetical but the question intends you to neglect the initial acceleration.

You are right - if an object is at rest, and you get it to move you must have produced an acceleration. However, think of it this way:
The block is lying on the ground and you start to lift it very slowly. You ARE producing an acceleration - but that acceleration is very small. You are actually doing this by providing an upward force which is larger than the body's weight, but just a wee bit larger. Enough to produce a tiny net force upwards which in turn produces that tiny acceleration. 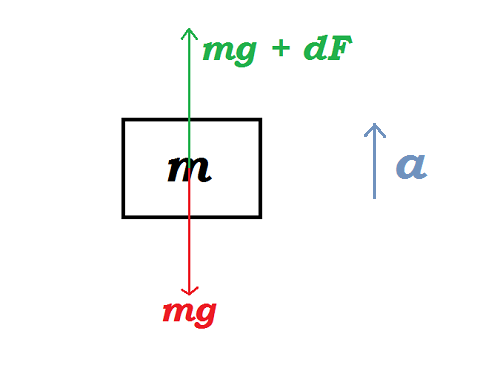 Here $dF$ is that tiny additional force you've given the body.

Now if you've got it to your desired constant velocity (it's gonna be a very small velocity - can you think why?) - as you yourself have said:

the vector sum of the forces acting on it is equal to zero.

Therefore the moment you've reached your desired velocity the force you're applying on the body will be equal to its weight ($=mg$). 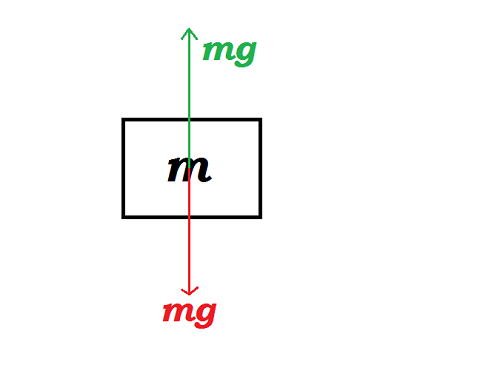 So till you're applying this force of $mg$ upwards the body will move with constant velocity upwards.

This will continue happening till you want it to stop. At which point you'd have to reduce the force you're applying by a wee amount. You'd have a net downward force and the block will ultimately come to rest. Note this deceleration will also be very small.

Questions like these want you to neglect these intial and final accelerations - they want you to consider it to be so small that it can be neglected. Why? This is because then you'd not have any change in Kinetic Energy.

Note that even if you rapidly move a block (which is at rest on the ground) to some height in the air and suddenly stop it, your initial and final Kinetic Energys will be same ($=0$), i.e: $$\Delta K.E = 0$$

A reason why we want the Kinetic Energy to be constant throughout is: If it were not, then there is a possibility of losing this energy in the form of heat, sound, etc. while it is increasing or decreasing.

That's the reason why they've said "constant velocity" and that's how they intend to imply the constant velocity - by imagining the initial and final velocities to be so small they can be neglected.

$P.S:$ We usually neglect air resistance at low velocities like this - it hardly plays a role. (However if we were talking about a car or something we couldn't have ignored it!)

$P.P.S:$ Regardless of the hypothetic-ness of the sum (is that a word? xD) what wass your answer? :)

Initially a small force needs to be applied to get the desired velocity but this small force is neglected and we start our observation after the body acquires the velocity and the force is removed .

The forces add to zero, acceleration is zero. If that's how it started, sure, it won't be moving. But initially, someone/something pushed it - forces not balanced, accelerating the block until some desired velocity was reached, and then adjusted forces to add to zero.

The gist of this problem is that two people can do the same amount of work, even though the power they apply is different. Applying greater power will reduce the amount of time needed to perform a specific amount of work.

A better question may be: Is it possible to have a velocity without a prior acceleration. The answer is no. At some point, there had to have been an acceleration (if there is a velocity.) This question is hypothetical. To give the box its initial velocity, the worker needs to apply a greater force to his box than gravity. However, in order for the box to have a constant velocity over the course of the entire problem, the worker would need to apply an infinite acceleration for 0 seconds just to get it started. So, although this problem is apparently dealing with cosmos crushing forces, I'm sure it was only intended to present a simplified scenario (without acceleration concerns) with a simple solution.

Look, As long as there is gravity there is force to demolish the force which the gravity making and so there is hanging or moving upward. But what about the law where F=ma As I said you should be in a place where is no kind of gravity or resistance to you ..then start lefting it here appears your confusion about the law as v is always 5 m/s and a is zero But should I feel nothing as the numbers are saying No you wouldn't .. So if you are looking at the two workers during the lefting at this proportion,yes they feel nothing but thy muscle cells being contracting with unluckily inconstant velocity .. But looking to the beginning you actually needed a force ....you begin with a velocity to hold the rock but the velocity of the block is zero according to you it's actually the velocity you are moving your hand ..your hand collides with the block there appears an acceleration like to keep your velocity constant ..like here on earth where the speedometer of a car give 80 but there is an acceleration for the 80 to keep as it is . But for the second question. Will as we proved there is an initial force then and as the time of the job done changes the velocity should change to keep the distance constant so the initial force that we proved changes. Nb:this answer isn't professional as I didn't study even Newton laws yet but the answer is according to the law you given and Newton I guess was mathematically right.

Not the answer you're looking for? Browse other questions tagged newtonian-mechanics kinematics acceleration work velocity or ask your own question.

1
How can motion ever start?

1
Overtaking with non-constant acceleration
1
Problem in understanding Newtonian 2nd law
0
Kinematics with acceleration as a function of velocity
0
The mechanics of retention of velocity/acceleration when an object is dropped from a moving body
3
Change of velocity of a falling object over height (acceleration changing with height)
0
Velocity is zero, but acceleration is not?
0
Work done by normal in case of a free wedge