Suppose we are in an IF(inertial frame) and a fast air plane flying overhead constitutes a second IF; let it be the top plane in Fig. 2.3(a). Suppose that a flash bulb goes off in the exact middle of it's cabin. Then the passengers at the front and back of the cabin will see the flash at the same time, say when their clocks or watches read '3'. But now consider the progress of this same flash in our IF. Here, too the light travels with equal speed fore and aft. Here, too, the flash occured exactly half-way between the front and back of the plane (..). But now,the rear passenger who travel into the signal will receive it before the front passenger who travel away from the signal. The top of Fig. 2.3(a) is a snapshot of that plane in our IF when the signal hits the back of the cabin. We know that the rear clock reads 3. But since the signal has not reached the front, the front clock will read less than 3 , say 1. ... 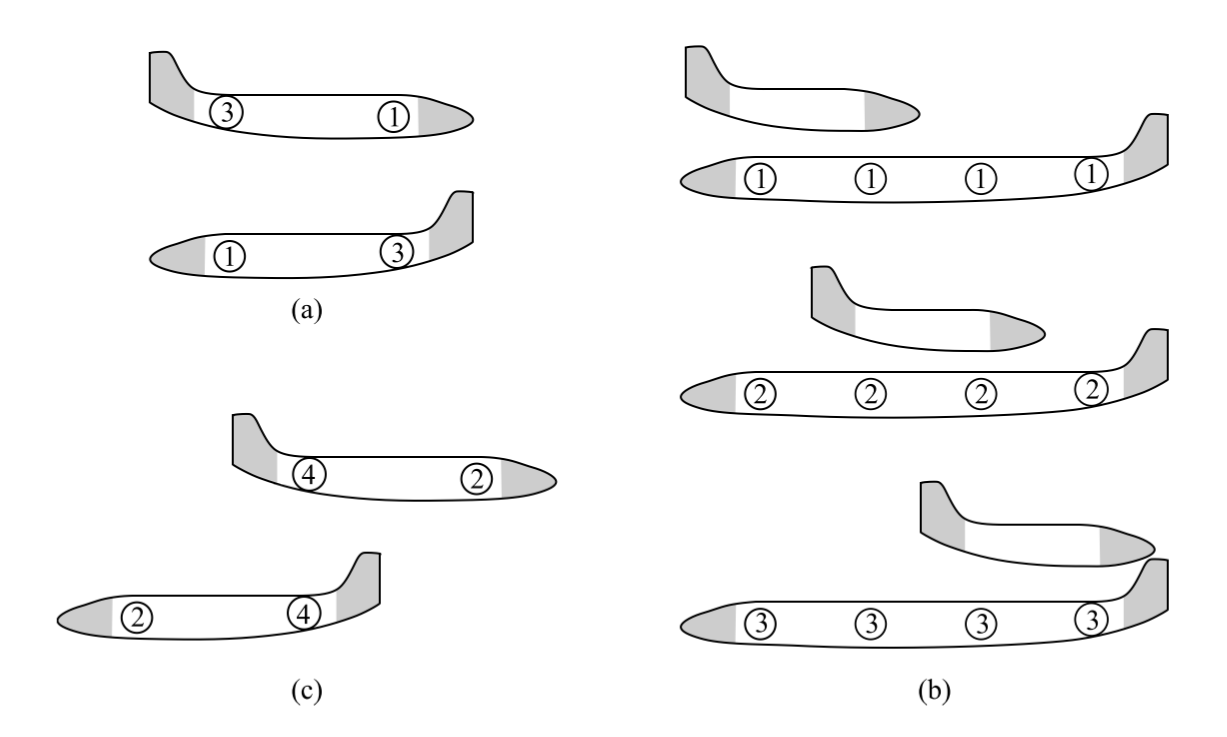 In the moving frame, we measure 3 second for signal to hit either side that I understand. My issue is with seeing the event in static frame.

If passenger at back receives the signal quicker than one at the right, shouldn't the time for the beam to reach them be less than three seconds? I think the right side passenger must take longer contrary to the final claim because the light has travel longer to reach them.

So when you ask, how long doe it take for the light to reach one of the passengers, the answer is that it depends on which of the two frames you measure it in.