Why lead plate was used in Rutherford's gold foil experiment?

I have read that lead plate is used to concentrate the beam of alpha particles which are being directed towards the gold foil as it is a heavy metal. But there are other heavy metals like manganese, iron, nickel,etc. Why did he specifically use lead plate to this experiment?

I have read that lead plate is used to concentrate the beam of alpha particles . . . .

I think the word concentrate is inappropriate and the word collimate (to form a parallel beam) should have been used.

Here is a diagram of the Geiger & Marsden $\alpha$-scattering apparatus from their original paper. 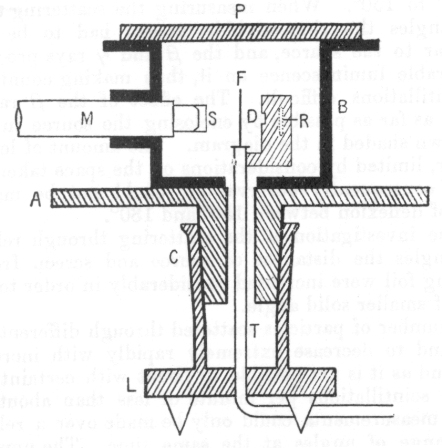 The alpha source (R) was radon gas enclosed in a thin walled grass tube.
The shaded part in the vicinity of the alpha source was lead with the alphas passing through a small hole in the lead and through the diaphragm (D) which produced a narrow pencil of α particles.

Why did he specifically use lead plate to this experiment?
As a result of various decay chains the alpha source also produced beta and gamma particles and lead being a dense metal is a good absorber of beta and gamma particles.
This is described in the paper by Geiger and Marsden as follows:
When measuring the scattering through large angles the zinc–sulphide screen had to be turned very near to the source, and the β and γ rays produced a considerable luminescence on it, thus making counting of the scintillations difficult. The effect of the β rays was reduced as far as possible by enclosing the source in a lead box shown shaded in the diagram. The amount of lead was, however, limited by considerations of the space taken up by it, and consequently observation could not be made for angles of deflexion between 150◦ and 180◦.

There is more information in Geiger and Marsden's 1913 paper The Laws of Deflexion of α Particles Through Large Angles, the Wikipedia article Geiger–Marsden experiments and the Rutherford and Royd paper The Nature of the α Particle from Radioactive Substances.

Not the answer you're looking for? Browse other questions tagged experimental-physics nuclear-physics atomic-physics scattering history or ask your own question.