Why does an antinode form at the open end of an organ pipe?

I recently learnt about reflection of waves in various media and the resultant standing waves formed. In a string which is tied at an end, the wave formed reflects with a phase difference of 180 (at the end) and therefore, the incident and reflected wave interfere destructively (at the end) and therefore, a node is formed (at the end). Now, in a string which is free at one end, the wave reflects with 0 phase difference and so the incident and reflected wave interfere constructively to form an antinode at the end.

So, how is the antinode formation in an organ pipe explained?

There are two ways of describing a sound wave. 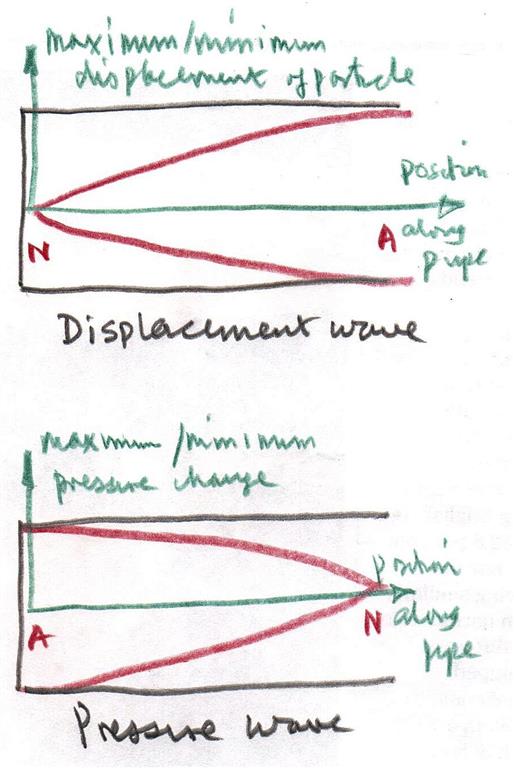 You will note that there is a $\pi/2$ phase difference between these two descriptions.

I think you may be a bit confused. For both string and tube, a closed end should give a node and an open end an antinode.

Open end allows for maximum displacement and minimal force (for string) or pressure (for pipe). Closed end is the opposite.