Why can a non-Metalloid be a Semiconductor?

I was reading that the first description of a semiconductor material was made by Michael Faraday in 1833 and published in Experimental Researches in Electricity.-Fourth Series (https://www.computerhistory.org/siliconengine/first-semiconductor-effect-is-recorded/). He noticed electrical conduction increasing with temperature in Silver Sulfide ($Ag_2 S$) crystals.

Here is a periodic table classifying the elements as metals, nonmetals and metalloids 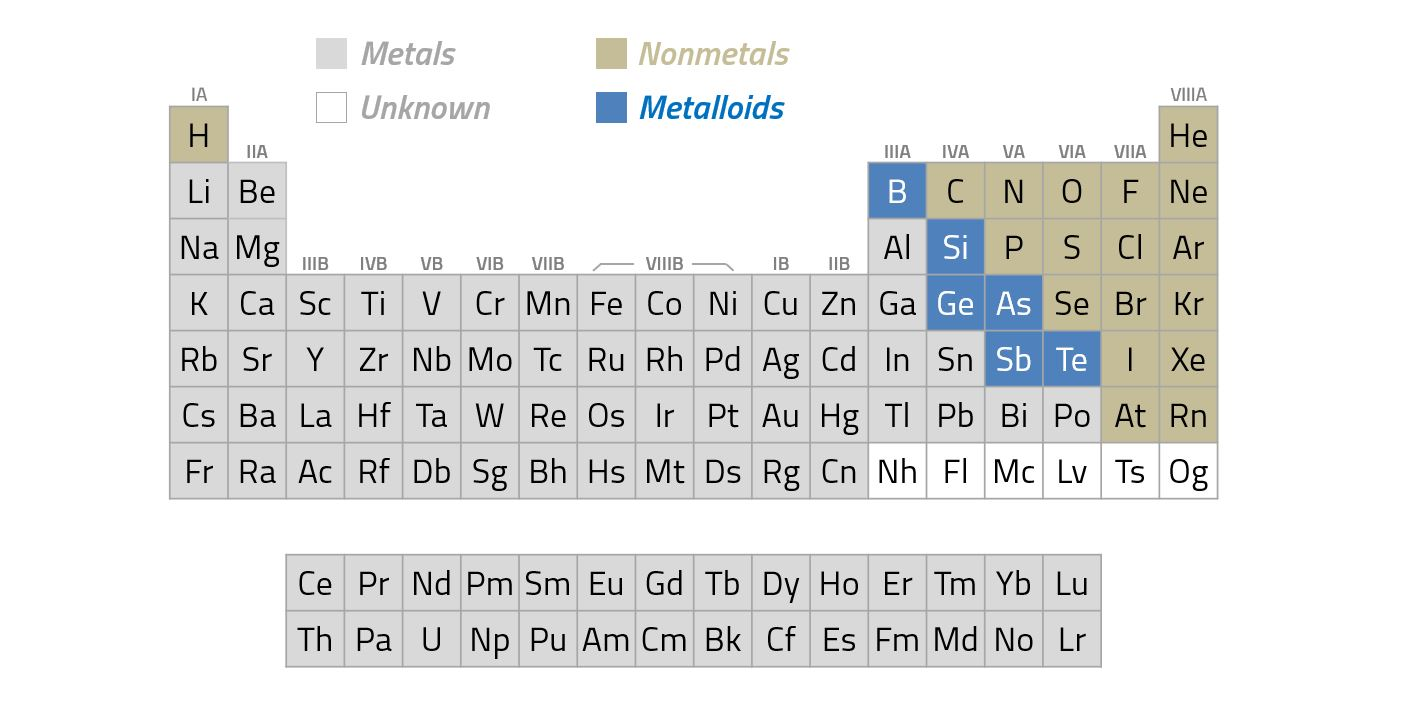 I don't know much about solid state physics, but for some reason I thought that the only elements that could be used as semiconductors were those that are in the metalloid staircase. Silver Sulfide is made of Silver (a metal) and Sulfur (a non-metal). How is it that the combination of these elements is a semiconductor? Is it possible to make semiconductors from the combinations of any metal and non-metal element? if it's possible, why is it that transistors are mostly made of Silicon and Germanium instead of different varieties of combinations of this kind?

solid-state-physics semiconductor-physics elements
Share
Improve this question
asked May 15 at 21:06

The distinction between conductors, semiconductors, and insulators is based on the band gap between the conduction and valence bands of the material. Any chemical compound that has the appropriate band gap can be classified as a semiconductor including organic compounds. The reason that silicon is the dominant material in electronic materials is because silicon is cheap and easy to create high quality crystals from. Furthermore, silicon dioxide is an excellent insulator and dielectric that is easy to grow onto the surface of silicon making IC circuits much easier and cheaper to fabricate.

Not the answer you're looking for? Browse other questions tagged solid-state-physics semiconductor-physics elements or ask your own question.