Why are there three bright spots in the first picture of Sagittarius A*? 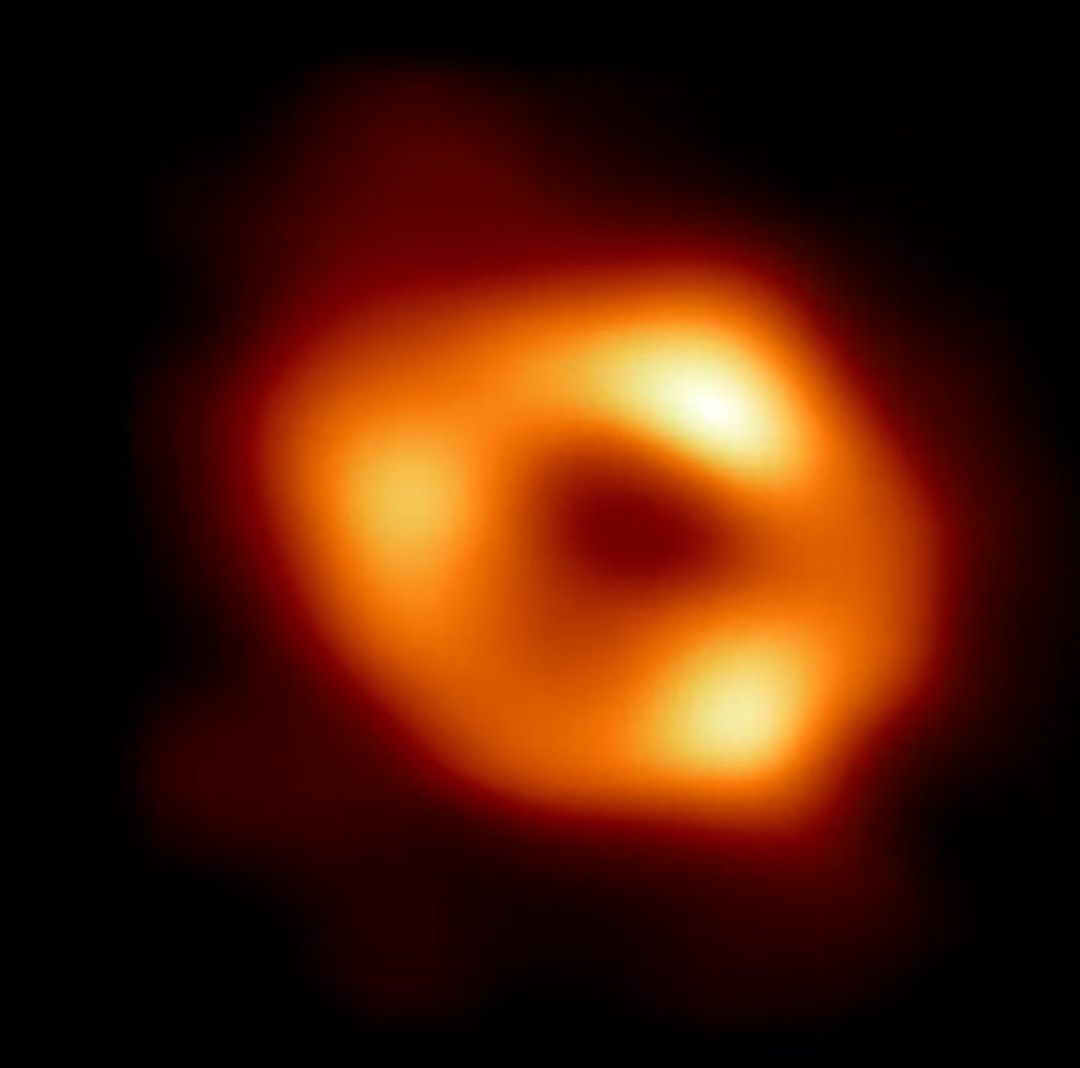 Why are there 3 distinct bright spots? The old blackhole picture had half bright and half dark, which I believe is a result of the different relative velocities of particles orbiting it, (towards or away from us)

So why is there difference?

Are there 3 distinct rotating accretion disks?

According to the imaging data release paper (Akiyama et al. 2022, ApJL, 930, L14), about the only thing that can be reliably taken from this image (which is a kind of time-averaged composite based on $\sim 10$ hours of data; while the source is varing on timescale of as short as minutes) is the presence of a ring-like structure which has the right diameter to be explained by a 4 million solar mass black hole at the Galactic centre.

In particular, the azimuthal features come and go and are not consistently reproduced by the various different image reconstruction techniques employed.

I don't think anybody knows. Take details of these images with a great deal of skepticism. Just reconstructing any image from the EHT is extremely difficult. There probably are hot spots running around in the disk, but they move much faster than the EHT can resolve. That's one of the things that makes reconstruction of the image hard: you need to disentangle the interferometry from the intrinsic variability. I believe the EHT folks are happy, at this stage, to see a ring of about the right angular size. There is much more work to do.

This image is created by complex image reconstruction algorithms that propose alternative solutions which are averaged. Some of these alternatives do not show a ring structure but instead only or mostly the three knots or clusters. The image in the question is an average of all those options.

In the article "First Sagittarius A* Event Horizon Telescope Results. III. Imaging of the Galactic Center Supermassive Black Hole" this is discussed in the section "7.5. Is Sgr A a Ring?"*. The authors give three potential causes 1 It's not a ring structure 2 The object is truly a ring but the image is distorted due to scattering 3 The object is truly a ring structure but distorted due to imperfect observations (there's an inverse Fourier transform involved with an incomplete spectrum/uv-plane).

The authors believe that option 3 is most likely because they get the same effect in other objects that are known to have a ring structure.

It is also discussed here: https://skyandtelescope.org/astronomy-news/astronomers-unveil-image-of-the-milky-ways-central-black-hole/

What the reconstructed images don’t agree on is the bright knots dotting the ring. Knots are natural, due to the tangled magnetic fields threading a black hole’s tutu of hot gas. But the knots in the Sgr A* images move depending on which reconstruction you use, and they tend to line up along the directions with more telescopes, Özel warned. “We don’t trust the knots that much,” she said.

There are also simulations of images that show multiple bright sources due to gravitational lensing. When the ring is seen from the side then we see the ring in front of the black hole plus two lensed images from the ring behind the black hole. See for instance this simulation by Jeremy Schnittman from NASA.

Or the very old simulation from Jean Pierre Luminet

Here you see a warped primary image where the bright spot is due to a Doppler effect. In the black center is the shadow of the black hole. Around it is a thin disk of light which is a secondary image from light that has traveled a path of 180° around the black hole.

The bright spots also show up in simulations which simulate inhomogeneities in the gas that is falling into the black hole along warped stream lines. Wavy pattern may occur due magnetic fields and due to the rotation of the black hole.

An example simulation is by Dexter and Fragile in arXiv:1204.4454 "Tilted black hole accretion disc models of Sagittarius A*: time-variable millimetre to near-infrared emission", where standing waves are caused by a warping due to Lense Thirring precession in the tilted alignment of the black hole rotation axis and the accretion disk causing warping

But whatever we think or believe it is, it is speculation because we do not even know whether the spots are imaging artifacts.

Not the answer you're looking for? Browse other questions tagged general-relativity black-holes astrophysics milky-way or ask your own question.

2
What are the three bright spots in the Sagittarius A black hole picture?

8
Blandford-Znajek process: Why/how does the current flow along the magnetic field lines?
0
Universe Expanding
2
What is the closest distance for an undiscovered black hole?
2
How the Earth observer would see (time-ticks wise) a traveller rushing away or towards Earth at near-light speed?
0
Does Hubble's constant apply to galaxies that are blue-shifted/ moving towards us? Another question
1
Why is the photon sphere spherical, but the accretion disk not?