All the below is based on the paper the physics of putting from A.R. Penner. The goal is to determine the path of a golf ball.

A golf ball is launched with velocity đť‘Ł and a launch angle of đť›˝ towards a hole along the y-axis. The "green" is level. 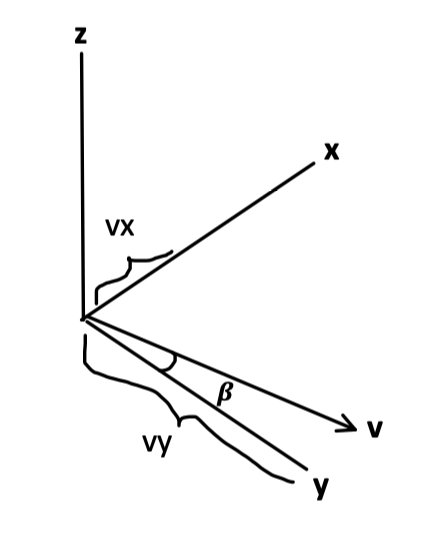 We know that the components of đť‘Ł are

In this case, the golf ball stops when $v_y$ is 0. In order to determine when $v_y$ is equal to 0, we need to calculate $a_y$. This is pretty straightforward if we know the coefficient of rolling friction, $\rho$.

However, I want to determine the path for a "green" where slopes are present.The surface of the green is sloped at angles, with respect to the x-axis, $\theta$ , and $\phi$ along the y-axis. 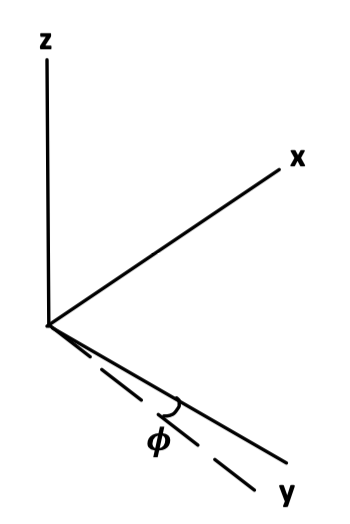 According to the mentioned paper we have the following formulas for acceleration:

In addition, the direction and magnitude of the tangential component of the contact force are given by:

It is assumed that

and the moment of intertia of the ball is

According to the author

"The above expressions for f and Ď† along with $a_x$ and $a_y$ will allow the x- and y-components of the acceleration of the golf ball to be determined for greens of various slopes. Given these accelerations, along with the initial launch conditions, the paths of the putted golf balls can be determined."

My question is when does the ball stop? With the level green it is easy; the ball stops when $v_x$ and $v_y$ are both equal to zero. However, if we have straight uphill green where $\phi$ is large the ball will stop at some point on the hill, where $v_y$ is 0, but the ball will start roll back towards the starting location because of the steepness of the hill.

What is sort of speak the "end criteria"?

newtonian-mechanics projectile
Share
Improve this question
asked May 10 at 11:09

The condition for a momentary stop is, as you say $v_x = v_y = 0$. In order for the ball to remain there indefinitely and not roll off in some direction, the acceleration of the ball must also vanish, as otherwise that acceleration will increase the velocity again.

Not the answer you're looking for? Browse other questions tagged newtonian-mechanics projectile or ask your own question.