Why do internal torques cancel?

I don't understand why torques produced by internal forces cancel in the sum $\sum \tau$. My textbook gives the following explanation: due to N3L, if a particle exerts a force on another particle of the body, there will be an equal in magnitude but opposite in direction reaction force. If the line of action of the two forces is the line joining the particles, the lever arm will be equal, and thus the torque produced by each force will be equal and opposite again.

However, what if multiple forces act on the particles (if more than 2 particles are interacting)? Then the torque produced by the net force on one particle might not lie on the same line of action as before and might not have the same magnitude anymore, so how come the torques cancel nonetheless (think a system of three particles, where the first and the second particle interact with the third). [I haven't studied angular momentum yet and only seen torque in 2D, $\tau = Fl = rFsin\phi = F_{tan}r$] 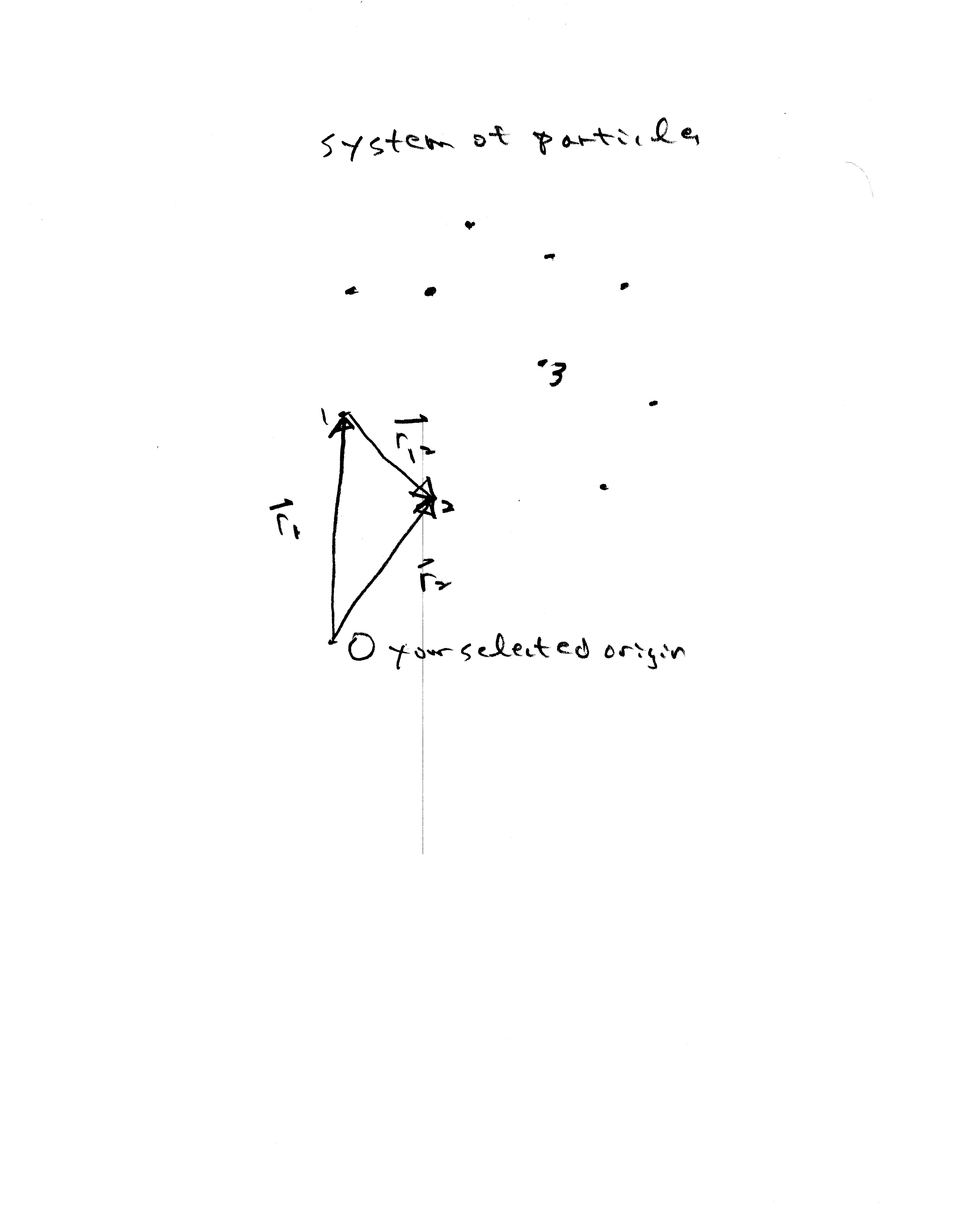 Not the answer you're looking for? Browse other questions tagged newtonian-mechanics rotational-dynamics reference-frames torque or ask your own question.

0
Is $Fr = Iα$ a pure empirical or demonstrable truth?

0
Lever arm-definition
2
A question regarding Newton's Third Law for torques
4
Every action has an equal and opposite reaction. Is is true for torques as well?
2
Do internal forces always act along the line joining the particles?
0
Torque on accelerating tire
0
Physical meaning of internal bending moment
1
Why do we use the lever arm concept?
0
What happens inside a lever and the ease of opening a door
0
Why does Action-Reaction pair cancel out in a system?