It is well-known that in TI-symmetric semi-metals the Berry curvature on the Brillouin torus vanishes away from the nodal points (eg. [XCN10, III.B] [Van18, p. 105]).

The following cartoon picture of the situation may help convey why this seems to be remarkable: 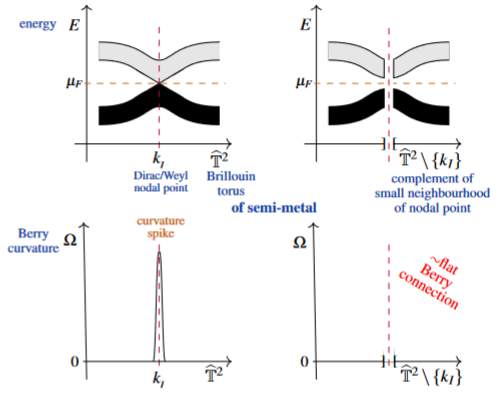 Is this concentration of Berry curvature around nodal points understood on general grounds?

What's the status of this statement? What is "often"? Is there a more authorative or at least more comprehensive reference for this general phenomenon? 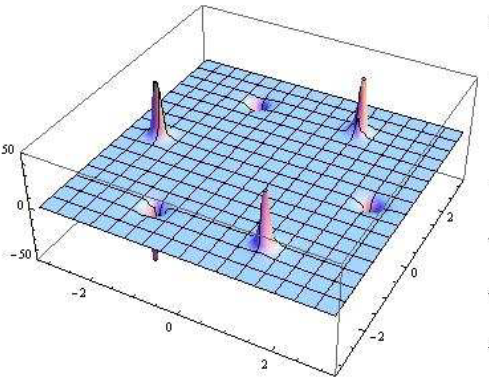 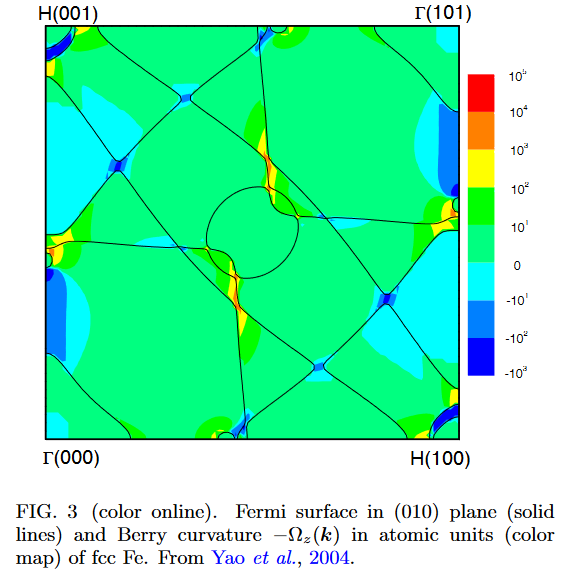 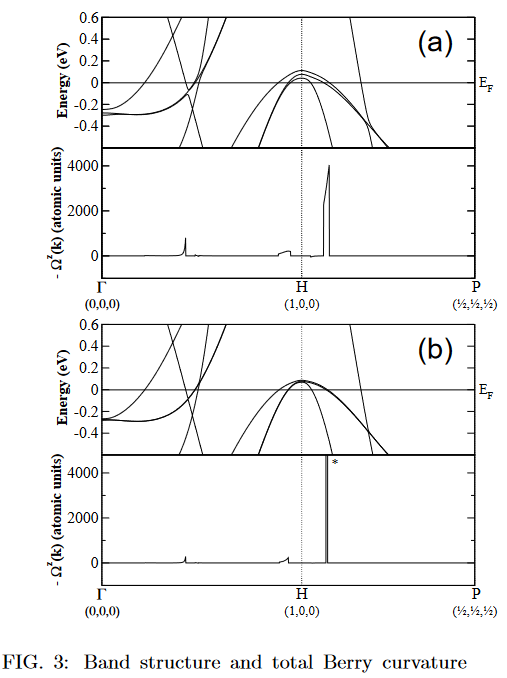 Now, this expression is only defined when there is a gap, i.e. $\epsilon_n \neq \epsilon_{n'}$. However, the argument is often extended by analogies to electromagnetism by recalling that Berry curvature is formally similar to a magnetic field in momentum space.

In the case of Weyl semimetals, one usually proceeds by considering a linearized low-energy theory about the nodal point, where the Hamiltonian takes the form $H=h(\mathbf{k})\cdot \vec{\sigma}$, and $\vec{\sigma}$ is the vector of Pauli matrices. Working through the math (see [XCN10] Sec. I.C.3 or this answer) one finds that the associated Berry curvature takes the same form as the field due to a magnetic monopole. Since magnetic monopoles act as sources and drains of the magnetic flux, such degeneracy points end up acting as sources and drains of Berry curvature flux. This implies that (in the absence of other sources) the Berry curvature concentrates near crossings. A similar analogy can be made between extended line degeneracies and solenoids ([MS99], [MS04]).

To elaborate on anyon's answer, the Berry curvature is often vanishing in a certain limit because of a symmetry, and in this case there are sometimes Dirac points. If we then weakly break this symmetry, eg. with spin-orbit coupling or some other small perturbation (in materials these perturbations are often quite small, order of $meV$ or smaller) then these points will split, leaving some curvature spikes where they once were. The size of the curvature region will be small, controlled by the ratio of the perturbation to the band gap. This process for creating Berry curvature is sometimes called band inversion, because the Bloch states in the upper and lower bands often look swapped compared to the Bloch states elsewhere in the Brillouin zone.

One large class of models with vanishing Berry curvature are those with two sublattices $A$ and $B$ and only hopping between sublattices (no $AA$ or $BB$ hopping). For spinless fermions with one fermion per site, there are two bands and the Bloch Hamiltonian has the form

where $h(k)$ is a complex-valued function. It's easy to show this Hamiltonian has no Berry curvature. You can think of it geometrically: this Bloch Hamiltonian only explores the $X$-$Y$ plane of the 3d space of $2 \times 2$ Hamiltonians---it needs to go also in the $Z$ direction to capture some Berry curvature, which points radially out from the diabolical point in the center.

This is the case for instance with hopping on a hexagonal lattice, and in that case there are also two Dirac points. When we add a small next-nearest-neighbor hopping then these Dirac points gap out (by a $Z$ perturbation in the basis above), leaving some Berry curvature near the special points. For more details see https://topocondmat.org/w4_haldane/haldane_model.html

edit: This question is more topical than I thought! Recently some authors called this weak symmetry breaking "quasi-symmetry" (not a great name imo), and wrote about some consequences https://arxiv.org/abs/2108.02279