Confusion over the electric field produced by an infinite, neutral, and current-carrying wire

I have a lot of trouble in attempting to understand several aspects of the relativistic explanation of the magnetic field produced by electric currents. To be more specific, my problem is not in the conceptual understanding of the relativistic origin of magnetism, nor in following the derivation of the strength of magnetic force acting on a moving charge next to an infinite, neutral and current carrying wire. My misunderstanding is more basic — suppose we have a stationary charge next to such a wire. The stationary charge views the distances between the moving electrons in the wire contracted by $1/\gamma = \sqrt{1-\beta^2}$, while the stationary positive ions remain in their natural density. Therefore, from the charge's point of view, the wire should be negatively charged.

Apparently, this alone implies that the charge should experience electric force (and this was my first indication that I have a confusion here, since the electric field outside the wire must be zero), but one should not forget that the electric field produced by a moving charge (here the moving particles are the electrons) doesn't have radial symmetry; it is rather given by the formula (which is a generalization of Coulomb's law to a moving charge): $$\vec{E}(r,\theta) = \frac{kq}{r^2}\frac{1-\beta^2}{\left(1-\beta^2 \sin^2\theta\right)^{3/2}}\hat{r},$$ so one should integrate over the entire infinite wire to get the radial field of the infinite wire (taking into account both the radial and angular dependences of the electric fields of the moving electrons). At first I thought that after making the integration, this paradox will be resolved, but the integral gave exactly the same paradoxical result — that the electric field experienced by the external charge is $E = \frac{\lambda}{2\pi\epsilon_0 r}(\gamma - 1)$, where $\lambda$ is the charge density of the ions (and electron) when there is no current in the wire (the electrons are put into rest).

Where is the mistake in my calculations? or had I calculated correctly but misinterpreted the results?

It is certainly possible, instead, to specify that the wire is charged in the lab frame. That would also be perfectly acceptable and completely compatible with relativity, but it would be a physically different scenario. 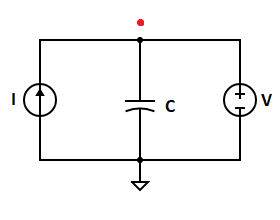 The stationary charge views the distances between the moving electrons in the wire contracted by, while the stationary positive ions remain in their natural density.

The free electrons do not have anything that gives them a natural density. Instead, they have whatever density is imposed upon them by the circuit. Since your circuit has $V=0$ the proper density is whatever density is required to make the wire uncharged in the lab frame, as given in your problem description.