Why do we use cubic fluid elements when deriving fluid equations?

Recently I've been delving into fluid dynamics but is frequently troubled by a conceptual issue that I could never get my head around with.

To derive fluid equations, we have to separate fluid into smaller elements and analyse the forces and acceleration of each of the small element. While I can understand this, I don't see how the choice of cubic fluid elements fulfills the physical requirements of the fluid.

For instance, in the derivation of the Bernoulli's equation, it is quite common to analyse the pressure and acceleration of a cubic region of fluid. 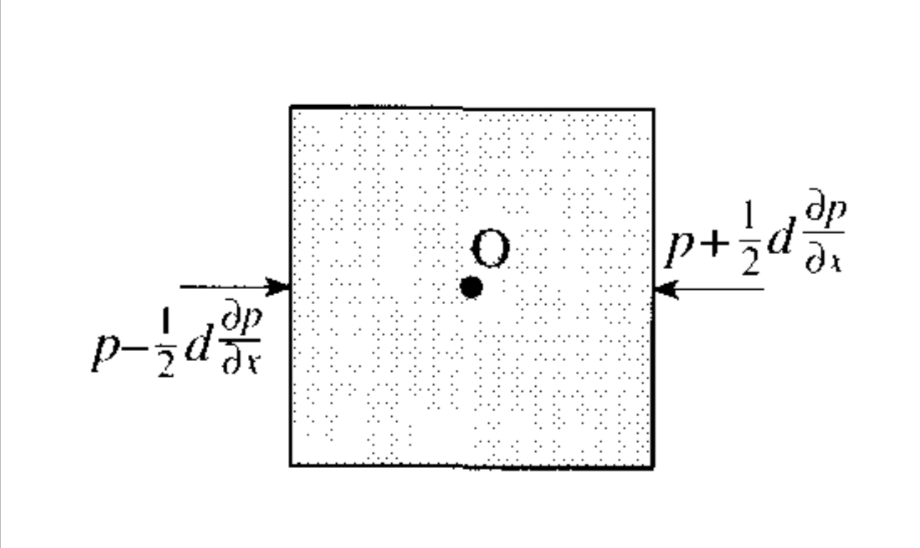 By equating the acceleration of the fluid element to the forces acting on both sides of the element, we obtain

Cancelling out $d^3$ from both sides and integrating the resulting equation, we obtain

Which is the well known Bernoulli's equation we know and love.

My confusion arises from the fact that whenever we consider a case of a constricting cavity, it is clear that the streamlines are not perpendicular to the x-axis. Instead, they look something more like this:

In the case of such streamlines, the pressure gradient should not be the sole force acting on the fluid element. It is quite clear that the streamlines collide with the fluid element, transferring some of its horizontal momentum to the fluid element as well. However, Bernoullis equation continues to hold, while its assumptions are violated.

I thought a better choice of fluid element is probably this trapezium element where the sides are parallel to the streamlines as it would not encounter such issues. However, to my knowledge, there is no analysis that is done with fluid elements of such shapes when deriving Bernoulli's equations.

Why does the cubic fluid element method even work in the first place, if its assumptions may not hold? Also, why is there little analysis done with non cubic shapes of fluid elements?

Indeed, if we got a different form of Bernoulli's equation when using a differently shaped fluid element then that would be a sign that something was wrong in our analysis, since the fluid elements are purely our own invention for the puroses of the derivation, and are not physical entities. Cubical fluid elements with perpendiculars aligned with the co-ordinate axes happen to be a convenient choice if we are working in Cartesian co-ordinates.