Can an electron rotate?

An electron is described often enough as a cloud. It has the quantum property called spin, which does not mean actual spinning. Regardless of that property, if it is something with size that occupies volume can this thing rotate? I imagine in a rotating frame of reference it must appear to rotate but I suspect I am wrong about this somehow.

Electrons are quantum mechanical entities, and in the mainframe standard model of particle physics point particles, no dimensions, with the quantum numbers and mass shown in the table.

An electron is described often enough as a cloud.

This statement is wrong, any wave model at the quantum level is a probability wave .

The "cloud" statement is a description of electrons in quantum mechanical bound states about a nucleus, see for example the measured electron positions for a hydrogen atom, they resemble a cloud 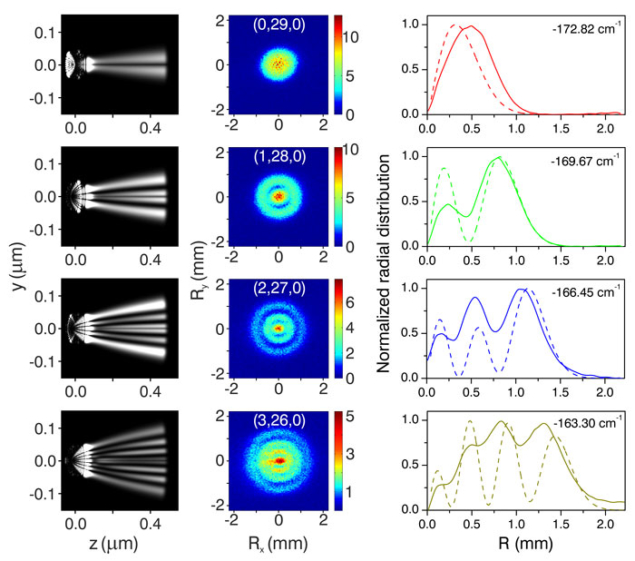 but they are its locations, not sequential tracks, but orbitals.

Since no orbits , one cannot set up a system to see if it rotates, although it has the spin rotational quantum number, which can be measured in experiments to have a specific direction, so in that general sense it does rotate.

In nonrelativistic particle-based QM, spin has to be put in by hand, and makes little sense.

So electrons do rotate, more or less.

Electrons in QM don't have a determined volume. They are considered as waves. When you measure the position of it, you find a point where the wave collapses. Then, your electron becomes a point, which has no volume. So, usually, when the wave has not collapsed, it doesn't make sense to describe a volume as we don't know the position (it could be at every point of space). As you can not define a volume, it makes no sense to talk about rotation as it needs an axis and a certain volume. A point can not rotate physically.

A electron has no known inner structure so it's a point as far as we're concerned. A rotation of a point couldn't be observed so a point can't rotate.

It is a misconception to think an electron is physically some sort of cloud. Indeed, the probability density for measuring it at some point in spacetime is not a point, but that is not something material, but only mathematical formalism.

Thus, asking if the cloud can rotate is like asking if a Gaussian or a sine function can rotate.

11
Measuring the spin of a single electron

85
What is spin as it relates to subatomic particles?
5
How do I visualize the non-coaxial rotation of this device?
8
Quantum spin in a rotating reference frame
6
Where does the electron get its high magnetic moment from?
0
Does the electron charge rotate faster than its mass?
0
Can molecules rotate on any axis?