What's the difference between an electron and a quark?

Could you explain how QFT defines the peculiarity and differences, as to charge, between an electron and a quark?

Note: I have focused only on the aspect of charge and luckily the question has been reopened, please complete your previous answers, correct eventual mistakes or misconceptions, what escapes me in particular is the emission of an electron in beta decay: if the charge changes from udd to udu and is balanced, how is the formation of a new charge -3/3 explained? where does it come for?

For a better understanding you also need to add the neutrino ($\nu$) to the picture. Thus I will compare the leptons ($\nu$ and $e$) on one hand with the quarks ($u$ and $d$) on the other hand.

Let us look at the differences.

The “Standard Model” of particle physics recognizes four fundamental interactions, and describes how different fields participate in them.

The phrase “intrinsic angular momentum” or “associated angular momentum” has too many syllables for a normal person to say, so we call it “spin,” even though that conjures up an unphysical picture of a spinning ball.

The interactions and their participants are:

(The Higgs field mediates a sort of self-interaction, so I leave it out of this list.)

Because the color interaction is strong, quarks are always found as “color singlets.” Such an agglomeration can consist of a quark-antiquark pair, or of three matter quarks whose same-sign colors combine to zero. A quark-antiquark pair is a “meson,” and a three-quark system is a “baryon.”

So in broad strokes, the difference between an electron and a quark is that electrons are “color singlets” all by themselves, and ignore an interaction in which the quarks participate.

The Quark model developed by George Zweig and by Murray Gell-Mann is just a classification scheme for hadrons, it is not a field theory. According to this model, all hadrons are "made" of smaller elements called quarks (see famous article "Structure of the proton" by Feynman in Science, 1974, for more details). Quarks in this model have angular momentums (spin) $\frac{1}{2}$, just like electrons.

The most advanced field theory describing quarks is called quantum chromodynamics (QCD). Quarks in QCD are described by the wave functions (first rank spinors) similar to those used for electrons in quantum electrodynamics (QED). "Similar" means that wave functions transform in the same way under Lorentz transformations and have the same number of components. Wave functions of this sort are usually used to describe particles with spin $\frac{1}{2}$.

The difference between electrons in QED and quarks in QCD is that electron fields are coupled to electromagnetic field only, while the quark fields are also coupled to some other, more complicated, fields. Hence, of course, quarks and electrons behave in different ways in QFT.

Could you explain how QFT defines the differences between an electron and a quark?

A quark has just a fractional multiple charge but apparently behaves in different ways, 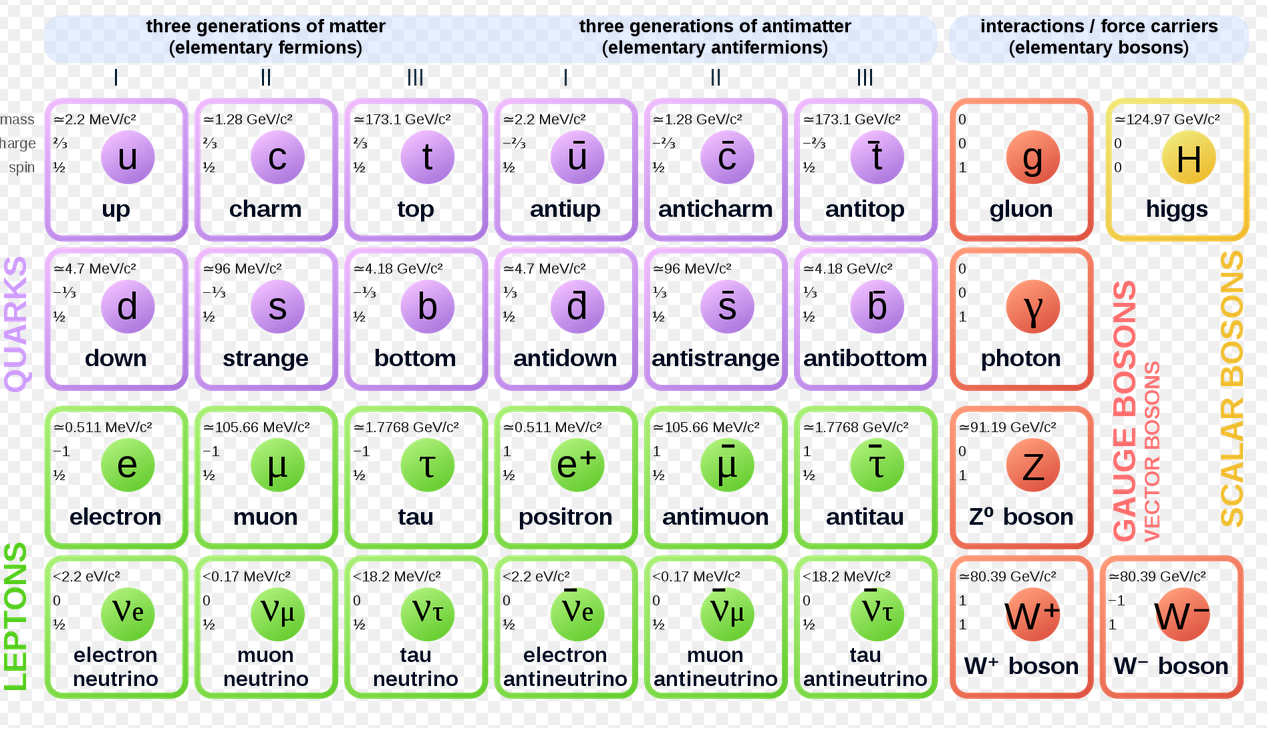 and it cannot be theoretically justified because it is axiomatic for the standard model field theory. It is the result of a laborious process of studying the symmetries in particle scatterings and production over almost a century, that led to the quark model.

The standard model accepts that there are three forces with which elementary particles interact, the strong which is the realm of quarks, the weak which is the realm of quarks and leptons, and the electromagnetic which rules where charges exist. To understand it one has to study the particular field theory for elementary particles that the SM uses.

Am I right to say: suppose we can't say that a quark is just en electron with a slightly smaller charge,? –

The different interactions of the different particles are what defines their difference, as the bold in the last sentence points out. A quark interacts with the strong , weak and electromagnetic, the electron only with electromagnetic and weak.

Not the answer you're looking for? Browse other questions tagged quantum-field-theory particle-physics electrons standard-model quarks or ask your own question.

49
What is the mass density distribution of an electron?
8
What is the role of the color-anticolor gluons?
4
What's the difference between Quark Colors and Quark Flavours?
0
Difference between boundedness (electrons around nuclei) and color confinement (quarks)
7
Does the weak force have an attractive/repulsive force observable in everyday life like the other forces?
2
Why did scientists find fractional particles in the experiment of particle collision?
0
How exactly does the quark gluon plasma prevent protons from forming?