Why does Jupiter have so many moons?

So then: Is there a more detailed explanation for why Jupiter has so many more moons than the other planets?

This is true, but you've forgotten about the Sun. Every interaction between a planetismal and Jupiter is a three-body interaction. 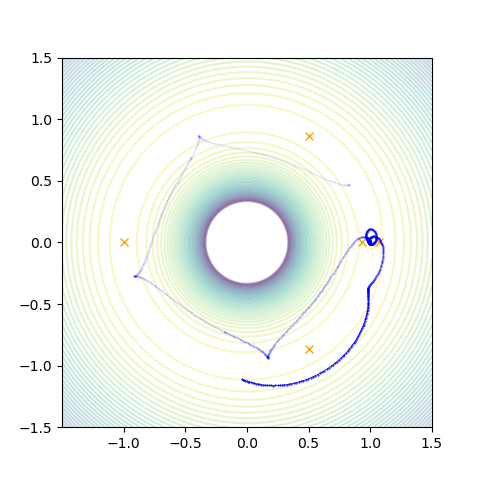 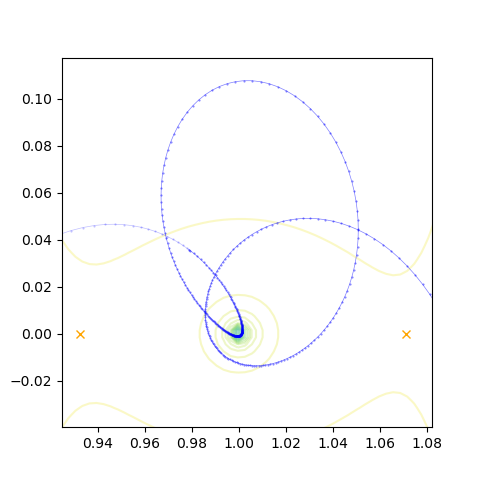 Above, a simulation of a low-mass planetismal moving in the effective potential in the rotating frame for a planet with mass $10^{-3}$ of its star's mass. The Lagrange points are marked with $\color{orange}{\times}$. The particle starts at $%(0.83,0.47)$ some random place I clicked; it moves ahead of the planet for two or three orbits, pausing at a couple of unstable stationary points in the rotating frame, then has a close interaction with the planet. In this case the close interaction doesn't lead to a capture, but you can see from the inset that the interaction is chaotic: it's extremely sensitive to the details of the closest approach. You can surely imagine a three-body interaction that ended in the particle being captured by the planet, even if I haven't hunted for one to show you.

Jupiter, as well as other distant gas giants in the solar system such as Saturn and Neptune, has another ace up its sleeve. Not only does it have a very strong gravitational pull thanks to its mass, but it is also quite far away from the Sun. It’s about 5 times farther away from the Sun than Earth is, completing a full orbit every 11.86 years.

This great distance allows Jupiter to exert a larger area of influence or control as the Sun’s gravitational influence weakens the farther away you travel from it. With such a wide net cast, it’s no wonder that Jupiter has moons orbiting it as far away as 23.5 million miles, as is the case for Pasiphae and Sinope. Meanwhile, Venus and Mercury, the two closest planets to the sun in the solar system, have no moons at all, while Earth has a measly one to speak of and Mars has two tiny satellites.

I am copying from the comments below:

The above quotes say that it is not only its mass, but its location in the planetary system that gives it a large phase space at a first chance to catch something, its large volume dominance filtering off the inner orbits the majority of incoming masses.

Not the answer you're looking for? Browse other questions tagged astrophysics solar-system jupiter or ask your own question.

3
Figuring out which moons of Jupiter I saw through my telescope
28
Is Jupiter a failed star?
16
Why is there an escape velocity?
10
Has Voyager 1 entered a solar radiation belt?
1
Jupiter & Saturn
1
New orbit of Jupiter after the death of the Sun
0
How is the External Field Effect in MOND conceptually distinct from Newtonian gravity and GR?