All conditions for a siphon to work?

I am struggling a bit with the concept of siphon. Firstly, if we consider a pipe filled with water, the inlet is in a tank of water at the altitude $z_I$, and the outlet is in the air at $z_O$.

Here is a sketch of the problem: 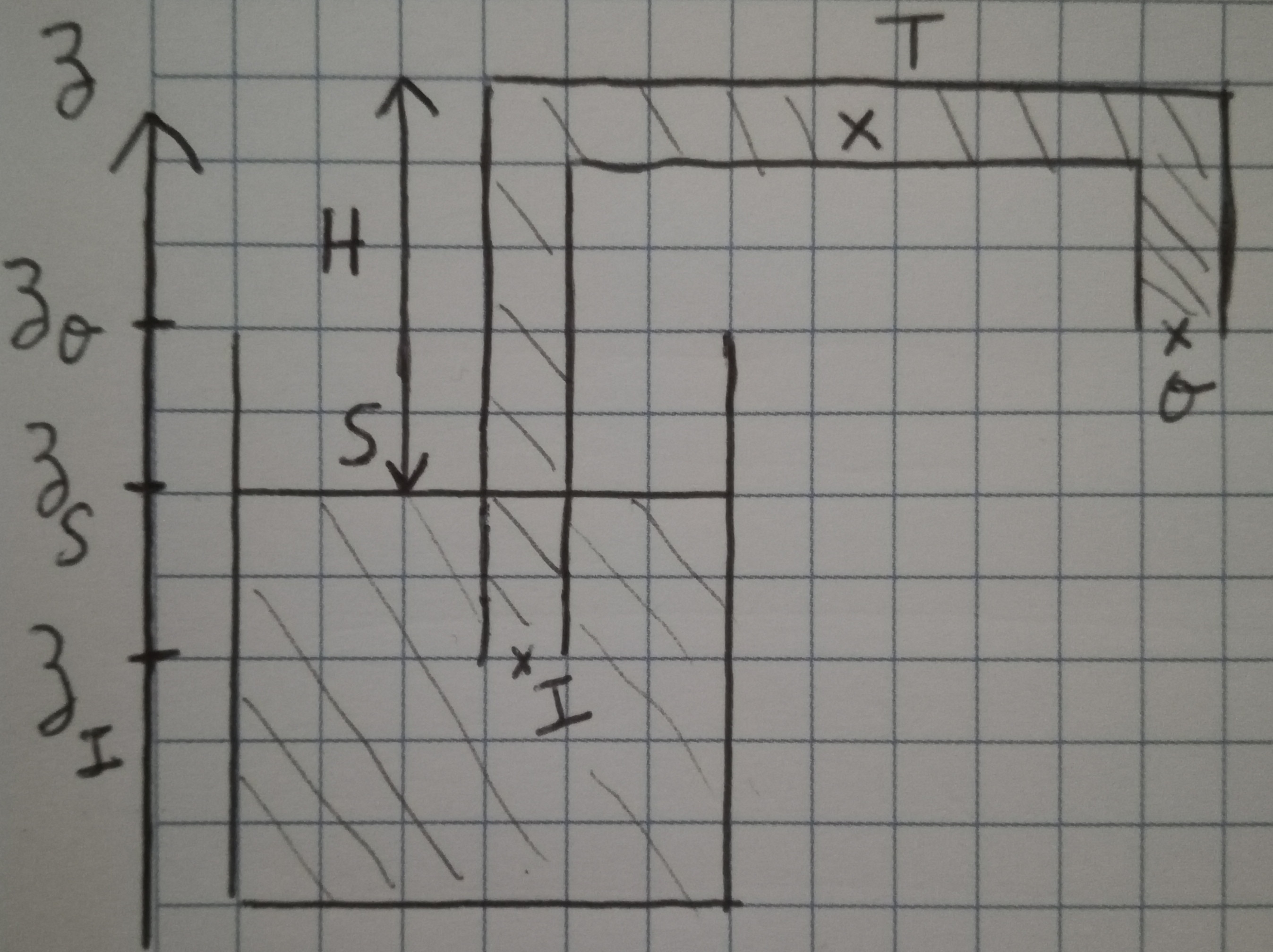 Where $S$ is the interface water-air in the tank, so $z_S$ is the altitude of the interface, $T$ is a point in the highest area of the pipe and $H$ is the distance between the interface and the top of the column water above $I$.

1) I am trying to understand first, the condition where the velocity at the outlet is positive, that is to say, the siphon works, the draining of the tank is on. I used the Bernoulli theorem between the inlet $I$ and the outlet $O$:

To evaluate $P_I$, I made the hypothesis that at $t = 0$ s, the water is at rest in the pipe and the tank. Then I used the hydrostatic law and said that the pressure at $I$ is the atmospheric pressure + pressure due to the weight of the water column above $I$:

Then the simplification of the Bernoulli theorem lead to:

However, I saw on the internet, and especially in a french video, that the condition is more $z_S > z_O$ ... and I don't understand why? And why I am wrong?

3) Finally, if the pipe is at the beginning empty (or full of air), why the water does not get sucked by the pressure difference $P_I > P_O = P_{atm}$, and so make automatically the siphon works?

If someone could help me with all these questions, thank you in advance.

Not the answer you're looking for? Browse other questions tagged fluid-dynamics pressure fluid-statics flow bernoulli-equation or ask your own question.