A question regarding absorptivity and emissivity of black body

The definition of a blackbody does not include it "emits all radiation at any temperature". I'm not even sure what that could mean.

The definition is that it absorbs all radiation.

In any case, temperature will tend to equilibrium with time, the rate equation being a first order differential equation with $dT / dt$ and fourth powers $T^4$ (see here).

What changes with temperature is the peak, according to Wien's law,

Here is a the spectrum of emission of a blackbody 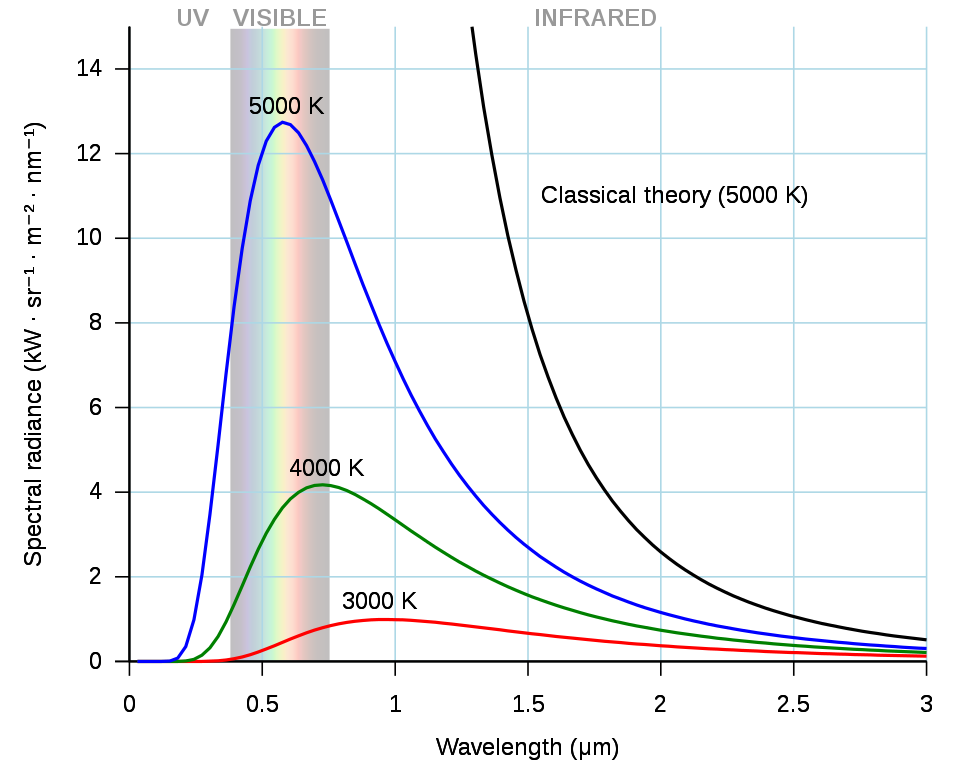 As you can see, the blackbody emits radiation in all wavelengths, but how much it emits for each wavelength depends on the temperature.

For example, in the case of the sun, with a surface temperature of about 6000 K, the peak of its emission is found to be in the visible spectrum.

The same occurs for the absorption, a theoretical blackbody absorbs radiation of every wavelength, however how much it absorbs for a given wavelength varies and it is temperature dependent.

1
Time for black body to cool to a given temperature

4
Does the black body emit more than any other type of body?
1
Quantum physics and black body
2
Problem on Emissivity and absorptivity
4
Physical Model for a Black Body
0
Empty container with pinhole - an assumption for a black body
3
Why is the blackbody emission spectrum independent of what frequencies are absorbed?
1
How does a cavity mimic a black body when emitting radiation?
3
Why do all black bodies at the same temperature exhibit the same emission spectrum?
0
Question on black body radiation