For the electric field inside a uniformly charged sphere, why are external charges outside the Gaussian surface not taken into account for the field?

To explain myself I did this diagram: 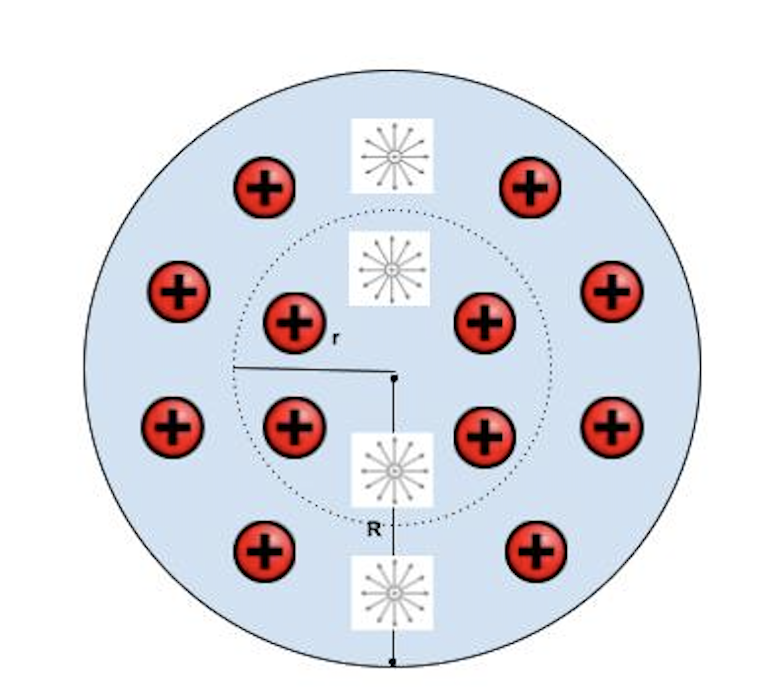 I don't know if I explained myself correctly, if not, please let me know. The summarized question would be then: why are the external charges to a Gaussian surface inside a solid sphere not considered? Thanks in advance.

For the case of a uniform sphere of charge, we have spherical symmetry, so we know the electric field is the constant on a spherical gaussian surface concentric with the sphere. This means we can say \begin{align} \Phi_E = \int E_r\,dA = E_r A \end{align} so the electric field is completely determined by the flux and hence by the charge enclosed.

Newton's Shell Theorem states that the gravitational force exerted by a spherical shell of uniform density upon a mass interior to that shell is 0.

Coulomb's law is analogous to Newton's law of gravitational attraction.

So, the force exerted by a spherical shell of uniform charge density upon a charge interior to that shell will also be zero.

Thus, the electric field inside a spherical shell of uniform charge density at a given point interior to that shell will have the same magnitude as if the shell a uniformly $0$ charge density.

Not the answer you're looking for? Browse other questions tagged electromagnetism electrostatics electricity electric-fields gauss-law or ask your own question.