How can an object do work?

I read in many sites that the concept of mechanical energy is the ability of an object to do work, but how can an object do work? Isn't it rather the force applied to that object the one that produces work and not the object itself?. We can have an object that has mass $m$ and a constant speed $v$, with which, we can have kinetic energy $E_K = (1/2)mv^2$, but by work definition $W=\vec{F}d$ there's no work because there's no force applied. How is this explained mathematically?

Energy is the ability or potential to do work. In the case of an object with kinetic energy it can do work by exerting a force on another object (but it does not have to do work). This force could be exerted by colliding with another object, or by gravitational attraction, or it could be an electromagnetic force etc.

TL;DR The kinetic energy is an abstraction of object's ability (potential) to do work. The object does not have to do work, but it could! As you have already indicated, if object keeps moving at constant velocity it does no work. But if object's velocity changes, then there is some work involved:

where $W$ is work done by all forces, and it could be either positive or negative. If object's velocity decreases, then the energy goes away from the object to some other form of energy. If it all goes to gravitational potential or elastic potential energy, than it could be recuperated by simple means back to kinetic energy, which is exactly what the Law of conservation of mechanical energy says. If kinetic energy is lost to friction force, then the energy gets converted to heat and internal energy which cannot be, by simple means, recuperated back to kinetic energy. But if the object velocity does not change, the work is zero!

The same argument applies to gravitational potential and elastic potential energy. Emphasis on potential! Gravitational force does work only when the object moves vertically. But we define there is some energy in the earth-object system at certain height (altitude) even when there is no displacement in the vertical direction. It does not mean the gravitational force actually does work, but it could potentially do work if we allowed it to.

You can answer your question by doing as follows.

At first understand the significance and drawback of dimensional analysis/formula. More than two physical quantities can have same dimensional formula. One of the example already lies in your question. Others are:

So, now can you interchange things as of ex 4, absolutely not. If done so, the whole context changes.

Now understand the context that makes work and kinetic energy have same dimensions. Its because of integrating Newton's second law with respect to distance rather time. When this happens you would end up getting Work-Energy theorem.

So, if you want to understand work done mathematically which includes a force, then you express in integrals with respect to distance, for which the force displaces the body. In a few occasions you can express them in terms of change in Kinetic Energy( for any kind of force), negative of Potential Energy(for conservative force). Refer the book Mechanics by Keppler and Kolenkow for more help. 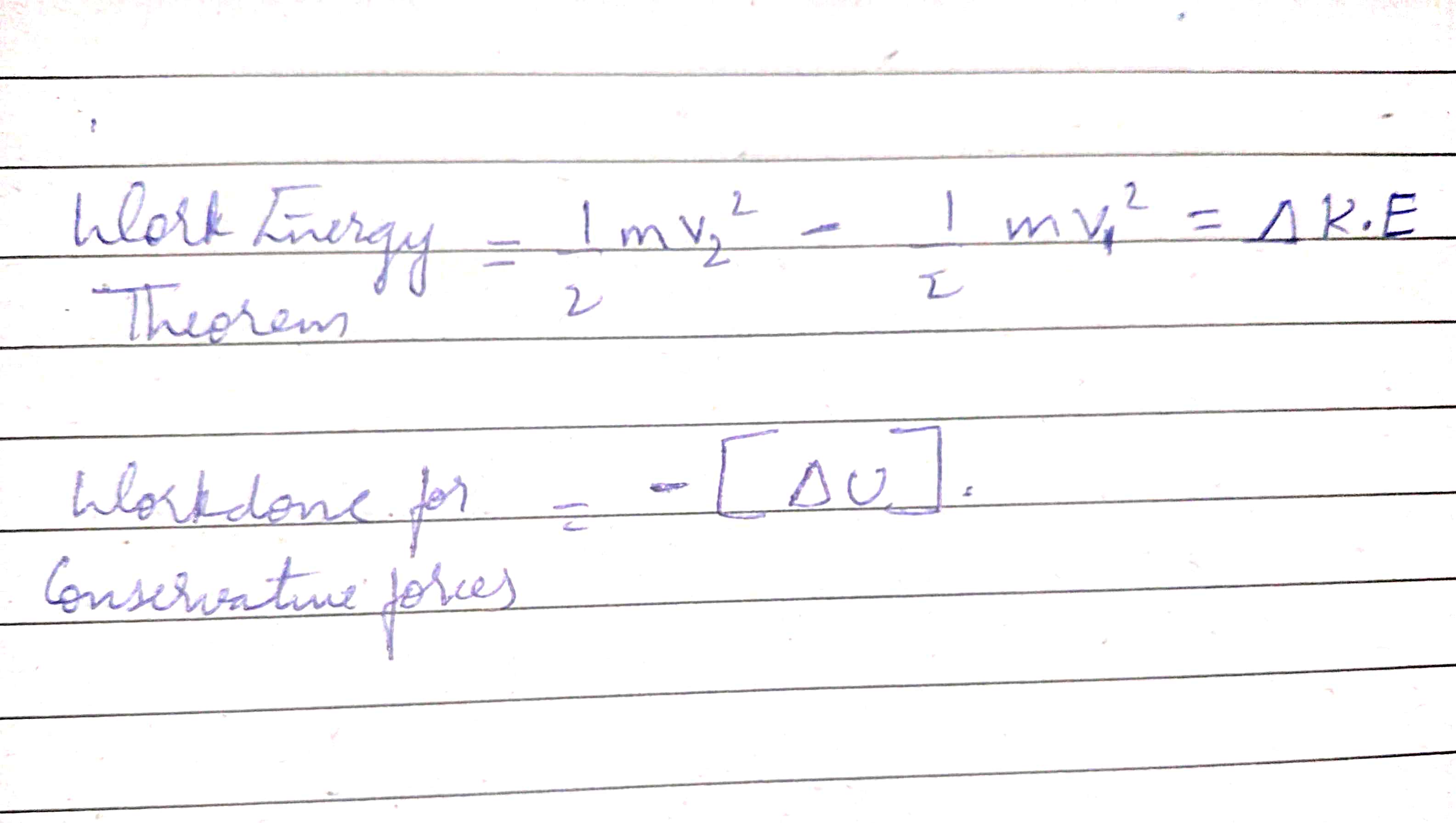 Not the answer you're looking for? Browse other questions tagged newtonian-mechanics forces energy work definition or ask your own question.