Why can atoms only gain or lose electrons and not protons?

I know that an object can become net negative or net positive by losing or gaining electrons, and having more or fewer protons than electrons but why can't protons be transferred too?

The energy required to remove an electron from an atom is called its ionization energy. Typical ionization energies are five or ten electron-volts. A visible-light photon carries an energy somewhere under $\rm3\,eV$ and cannot ionize most free atoms. There is enough ultraviolet light in sunlight that atoms on Earth can be preferentially ionized during the daytime, which drives lots of interesting chemistry. However typical temperatures on Earth $(T=\rm300\,K$, $k_BT = \frac{1}{40}\rm eV)$ are low enough that atoms typically don’t ionize spontaneously. The relative stability of atoms against ionization allows stable molecules to exist.

The energy required to remove a proton from a nucleus is called the proton separation energy. Typical proton separation energies are five or ten million electron-volts. In an environment where proton separation was happening, there would be so much energy kicking around that all of the nuclei would be completely ionized, with no bound electrons at all. If you, a biological person made of molecules like DNA and protein, were to visit such an environment, you wouldn’t be made of molecules any more after your visit, and you would therefore have forgotten your question.

It’s not that protons can’t be transferred. It’s just that if we lived in a place where proton transfer was common, we would have a very different perspective on chemistry.

You may actually be aware of some consequences of one nucleon-transfer reaction. Energetic radiation from outer space can cause spallation when interacting with the Earth, either with the atmosphere or with the heavier nuclei under Earth’s surface. Some of the spallation products are free neutrons, which thermalize and behave like a (very tenuous) component of Earth’s atmosphere. The most common species in the atmosphere is nitrogen-14, which interacts with thermal neutrons by

The carbon-14 will beta decay back to nitrogen, with a half-life of about 5000 years. So if you find an object made of carbon, you can measure the ratio of carbon-14 versus carbon-12 and learn whether that carbon was recently distilled from the atmosphere. Carbon mostly exits the atmosphere to be concentrated in living plants (and in eaters of recently-living plants), while non-organic carbon does not accumulate new carbon-14: a carbonaceous object with carbon-14 in it was probably alive in the geologically recent past, and figuring out how recent is straightforward.

Having this in mind, it is perfectly possible to have a process that changes the number of protons, but as a result, we get a different atom (a particle with a different name).

It is also important to note that it is far easier to exchange electrons than protons. This is because we extract an electron by overcoming the Coulomb force, while the proton is bounded by a nuclear force (thus, the processes in which this occurs are called nuclear processes).

Some artificially made isotopes can emit protons.

Yes, atoms (and molecules) can gain or lose protons. It is called "Chemistry of acids".

You mix an acid and water. A proton is exchanged and you now have a negative ion (the acid minus one proton) and a positive ion (a water molecule with one extra proton).

Ever wondered why the strong force is called "strong"? It is way stronger then the EM force (and all others at this scale), and it is in your example usually way easier to overcome the EM force then the strong. 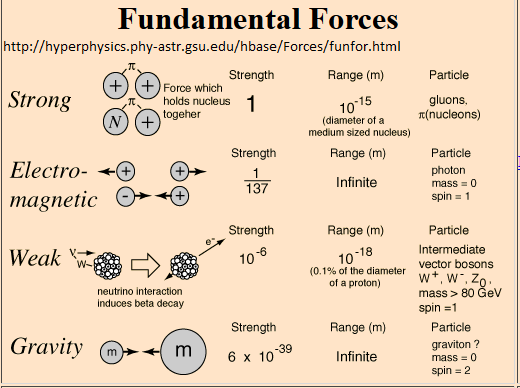 OK, the quarks constituting the protons do possess EM charge, and confinement is very complicated and the EM force does contribute to the whole proton as a bound quantum object, but what we can really say is that the proton (its constituents) is bound by the strong force. Just like the protons and neutrons are bound by the residual strong (nuclear) force. In this case, the EM force (the charge of the protons) does contribute to the whole picture of the nucleus being a bound QM object, but the nuclear force is what overwhelmingly dominates.

That being said, it is not impossible as you can see form other answers (by @rob and @redgiant), to like in your example to remove or add a proton to an atom, it is just that we happen to live in a universe where QM is the underlying theory and energetically favorable QM processes occur more likely.

They can and do all the time. The energy either required or released is considerable so this results in far fewer instances in which the requirements are met. The sun uses quantum tunneling to do this as the gravity and heat are insufficient alone.

The electrons are bound to the nucleus by the electromagnetic force, while a proton is bound to the nucleus by the strong nuclear force (at least, in a multi-nucleon atom; a nucleus could consist of just a single proton, in which there isn't really a difference between the proton losing the electron and the electron losing the proton). The strong nuclear force is, as the name implies, stronger than the electromagnetic force. Moreover, the range is much smaller; protons are right in the nucleus, while electrons are a distance away. So it takes much more energy to remove a proton from an atom. If a molecule contains $^1$H, then it can "lose a proton" by ejecting the hydrogen atom but keeping the electron, which takes much less energy than a nucleus losing a proton.

Another regular way in which an atom can "lose a proton" is when an inner electron is captured by the proton-rich nucleus of a naturally-occurring radioactive isotope, such as potassium-40 converting to argon-40.

(The earlier answer from @akhmeteli referred only to artificial isotopes.)

This also provides a partial answer to Why don't electrons crash into the nuclei they "orbit"? where electron capture is also mentioned.

Electrones are in motion, orbiting around the nucleus where the proutons are situated. Therefore, it is comparatively easy to add or remove electrones to the atom thereby ionising it.

They can lose and capture protons, but these reactions are not likely to happen in an ordinary conditions. For example Alpha decay (or {multi-}proton emission) happens only in radioactive,unstable atoms (for example in matter collisions of particle accelerators, also in nuclear reactors). While proton capture, for example rapid proton capture process happens only in high-pressure and/or temperature conditions because proton injection into nucleus needs to overcome large Coulomb barrier. This condition,- not surprisingly,- is only met in stars and similar environments.

Not the answer you're looking for? Browse other questions tagged electrons nuclear-physics atomic-physics protons binding-energy or ask your own question.

195
Why don't electrons crash into the nuclei they "orbit"?

0
Why do we see positive charges move if protons do not move in a solid conductor?
70
Why are protons heavier than electrons?