What kind of matter is positronium?

What kind of matter is positronium? Normal matter, antimatter, exotic matter or something else? 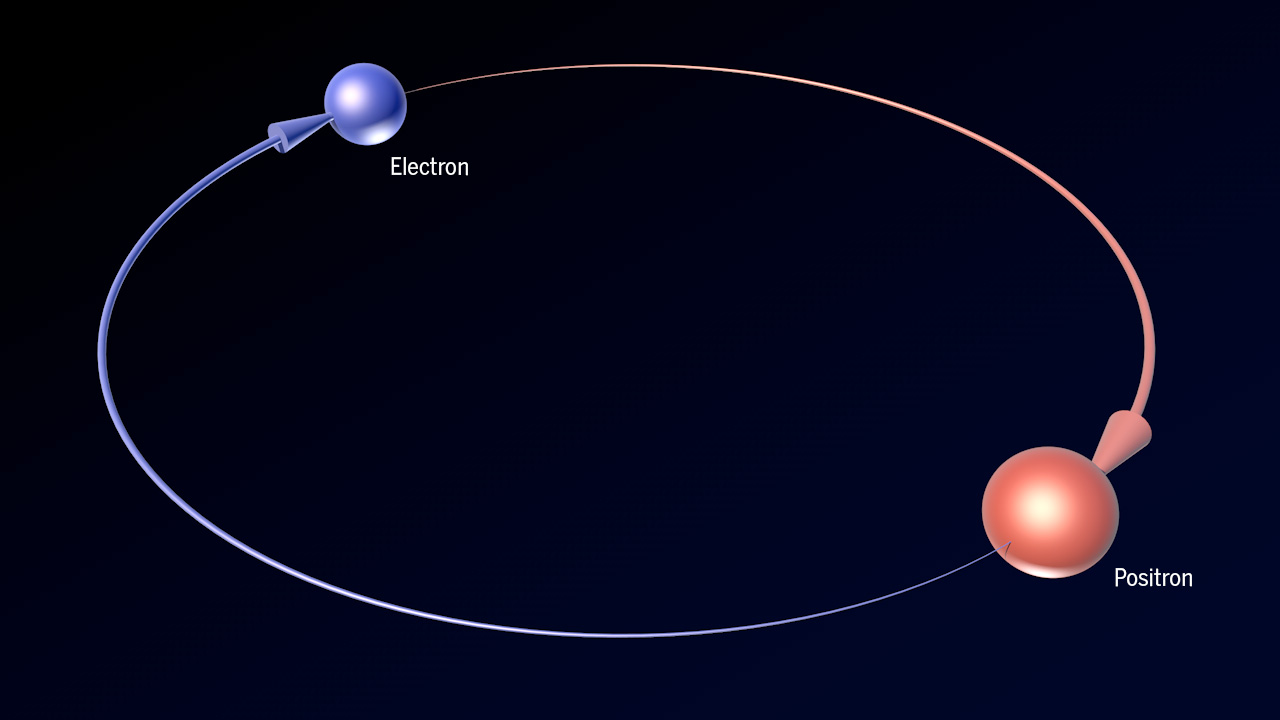 Matter is made up of electrons, protons and neutrons.

Antimatter is made up of positrons, antiprotons and antineutrons.

You should consider positronium as evidence that your partition of the universe into matter and antimatter is overly simplistic.

Matter is made up of electron, proton, and neutron.

But that only describes stable matter, and only stable matter that happens to interact with electromagnetism. A census of stable matter should also include the neutrino; we leave it out of chemistry classes because it doesn’t form molecules. (However it is possible that neutrinos indirectly influence the stability of molecules.) An inventory of “electromagnetic matter” should also include the mu and tau leptons, and baryons like the lambda and sigma which contain heavy quarks. If you complain that particles from the second and third generations are exotic because they are unstable … well, the neutron is unstable. Should your list of “matter” be “electrons, protons, and nuclei”? Do unstable nuclei like tritium and carbon-14 count as “normal” matter, or are they “exotic” until they decay into helium-3 or nitrogen-14? (And of course those decays send an anti-neutrino off in the process, to be someone else’s classification problem.)

In order to compute the energy eigenstates of positronium, and their properties like spin, parity, and lifetime, we use the same tools that intro-quantum students use to describe the hydrogen atom. So in the “quacks like a duck” sense, it makes sense to call positronium an “atom.” Because positronium doesn’t really fit on the periodic table, and because it doesn’t make a big contribution to chemistry, you might call it an “exotic” atom.

But “exotic” might give you the mistaken impression that positronium is uncommon or hard to find, in the same way that I’m probably never going to encounter a rhinoceros or a scarlet macaw unless I make some special arrangements. That’s not really the case. Formation of positronium is a normal step in the annihilation of fast positrons in matter, and is therefore no less common than positrons. If you are a human person who is partially made of potassium from Earth, you contain positronium many times per hour.

In quantum electrodynamics, we learn that the electron and positron are really excitations of the same field: a four-component spinor with two charge states and two spin states. In a very real sense, positronium is the simplest “matter-ful” state of electromagnetism, and is mathematically simpler than the more familiar state where there are lots of electrons and not very many positrons. This perspective has important physical consequences. The force-carrying photon can be said to “spend part of its time” as a virtual electron-positron “loop.” The loop corrections to electromagnetism are related to observables like the change in the effective electron charge at short distances (more frequently called the “running of the fine-structure constant” due to “vacuum polarization”), as well as corrections to the magnetic moment of an electron at rest.

I disagree with your other answer and your comments that the classification is “duzzit matter” or that your question is silly. That punts on the issue. Near the middle of his excellent Ancestor’s Tale, Dawkins writes about “the tyranny of the discontinuous mind.” Categorizations are extremely useful, he says; but sometimes categorization is impossible, or categories which are useful in one context are useless in another. Recognizing when this has happened is an opportunity to learn interesting things.

Wikipedia classifies positronium as an exotic atom. However, since it has a lifetime of (at best) around 100 nanoseconds, the label that we attach to it hardly matters.

My simple answer would be that there is no antimatter as far as our experiments and observations go. There are antiparticles to particles, which have the mirror quantum numbers, but matter which in colloquial parlance defines the mass of classical mechanics is always the same down at the particle level .

This is the confusion, confusing antiparticles with antimatter. The positronium is a composite of a particle and an antiparticle.There are experiments with anti-Hydrogen too, Lorentz transformation hold, and the invariant mass does not differ from the invariant mass of Hydrogen, although the experiments try to find differences from physics beyond the standard model..

There are nice answers by @annav and @rob, I would like to add how both electrons and positrons are excitations of the very same field, that permeates all of space, just a manifestation of the same (normal) energy. My favorite example of this is pair creation, where energetic photon(s) transform into (just like in your example) and electron and a positron, both created from the same underlying energy of this quantum mechanical universe.

Jus like when you pluck a string (you excite a field), you can pluck it many ways, do it one way, you get an electron, pluck it (excite the field) another way, you get a positron, but you just play with the same old field, on the same old guitar (universe).

Yes, this 4.6% includes everything we know about except dark matter and dark energy. So it includes atoms, baryons, leptons, neutrinos, antimatter, cosmic rays, and the mass-energy from virtual particles as well (much of the mass of the proton and of atoms comes from that). Depending on your definition of "exotic matter", that's either hypothetical and so everybody's guess, or things like positronium which isn't stable but would be part of those 4.6%

Does Normal matter also include anti-matter and engery?

Not the answer you're looking for? Browse other questions tagged particle-physics electrons atomic-physics antimatter positronium or ask your own question.

16
Implications of parity violation for molecular biology
2
Can a positive quark and an anti-quark annihilate?
0
Does Normal matter also include anti-matter and engery?

24
How does Positronium exist?
16
Does positronium have a stable crystalline phase?
44
Identification of particles and anti-particles
5
Hydrogen vs Antihelium (or vice versa)
0
Can positrons emit photons like electrons do?
1
If an antimatter-matter reaction is a perfect transfer of matter to energy (light), is there a perfect transfer of energy to matter?
0
Can quarks and antiquarks exist in an atom without annihilating?