Let us take two different strings and arrange them vertically. The first string is attached to the ceiling and connected in series with the second string and a mass $m$ is connected at the bottom of the second string. Why does the same force $mg$ act in both strings?If we consider the free body diagram on the mass,since there are two ropes,so there will be two different tensions $T_1, T_2$. So shouldn't $T_1+T_2=mg?$ 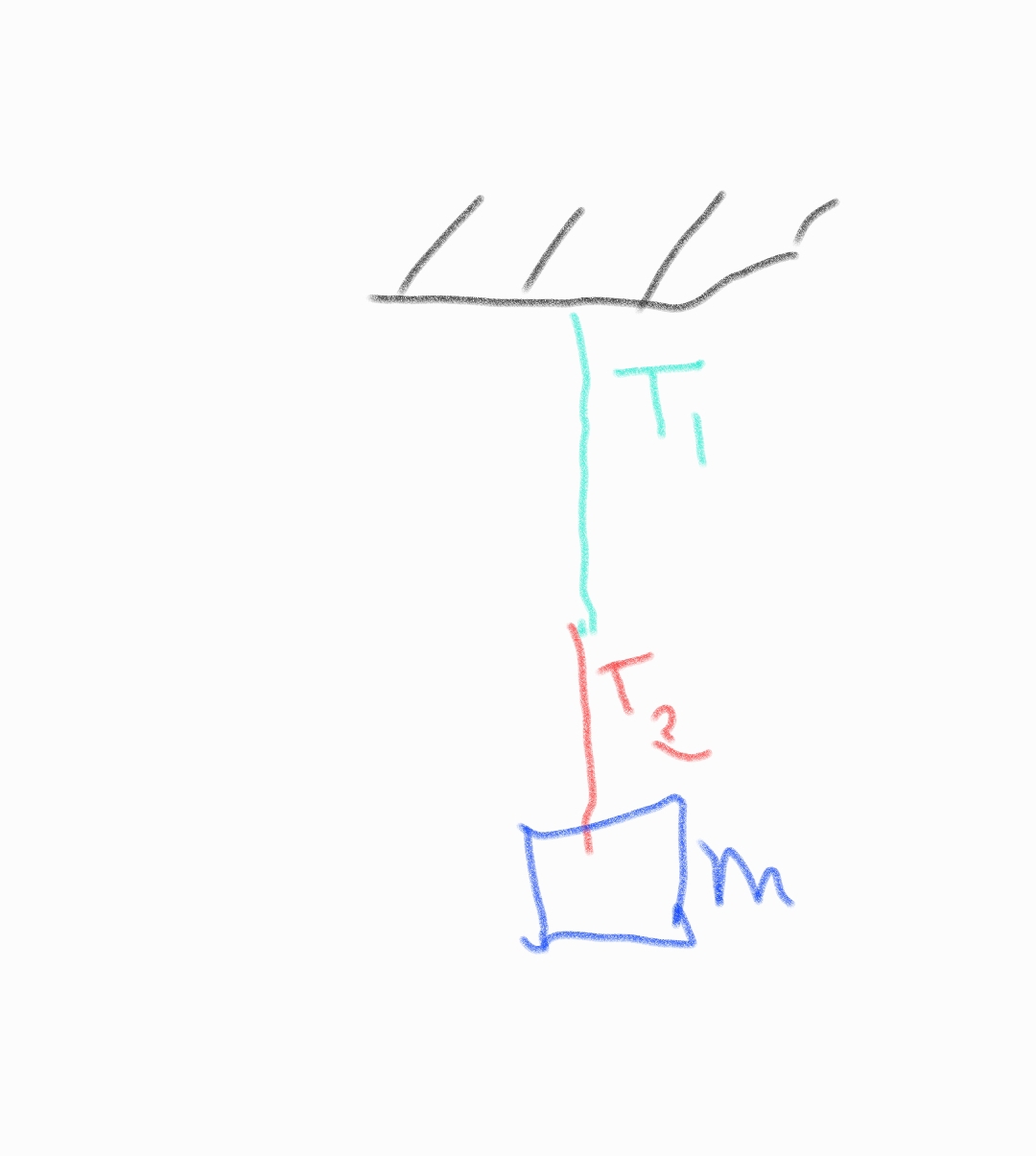 Not the answer you're looking for? Browse other questions tagged newtonian-mechanics forces free-body-diagram statics or ask your own question.

3
Two masses on rope spinning around
0
Friction acting on mass on string
6
Is there any tension in a massless spring that connects two free falling bodies in different horizontal planes?
1
Determining tension and free body diagrams for a three-stage linear slide
0
Net force acting on a box in this diagram
0
Why do these 2 different methods of finding tension in a string give 2 different answers?