I have always struggled to visualize the correctness of the commutation relation for the generators of the boost in the Lorentz group. We have $$[K_i,K_j] = i \epsilon_{ijk} L_k$$ I fail to picture this. For definiteness' sake, let's take a point $\vec{x}$ in my coordinate system, lying in the $O_{xy}$ plane. The difference between boosting first in the $x$ and then in the $y$ direction, and boosting first in the $y$ and then in the $x$ direction ammounts simply to a rotation in the $Oxy$ plane, since $$[K_1,K_2] = iL_3$$ I must be doing something wrong when I draw this on a paper. I realize that this holds at the infinitesimal level, but a simple drawing should be able to realize this principle 'at first order' shouldn't it ? My problem is that when I draw it, I end up with the same situation regardless of which direction I boost into first.

Visualizing this is, in my opinion, pretty tricky because boosts generally act in four dimensions (time included!) and it's hard to draw 4D on a piece of paper. Fortunately, for this question, you can get around this artistic limitation.

Here's what I did right after reading your question to attempt to visualize what's going on. I encourage you to try to draw each step. The picture I ended up drawing is at the end. 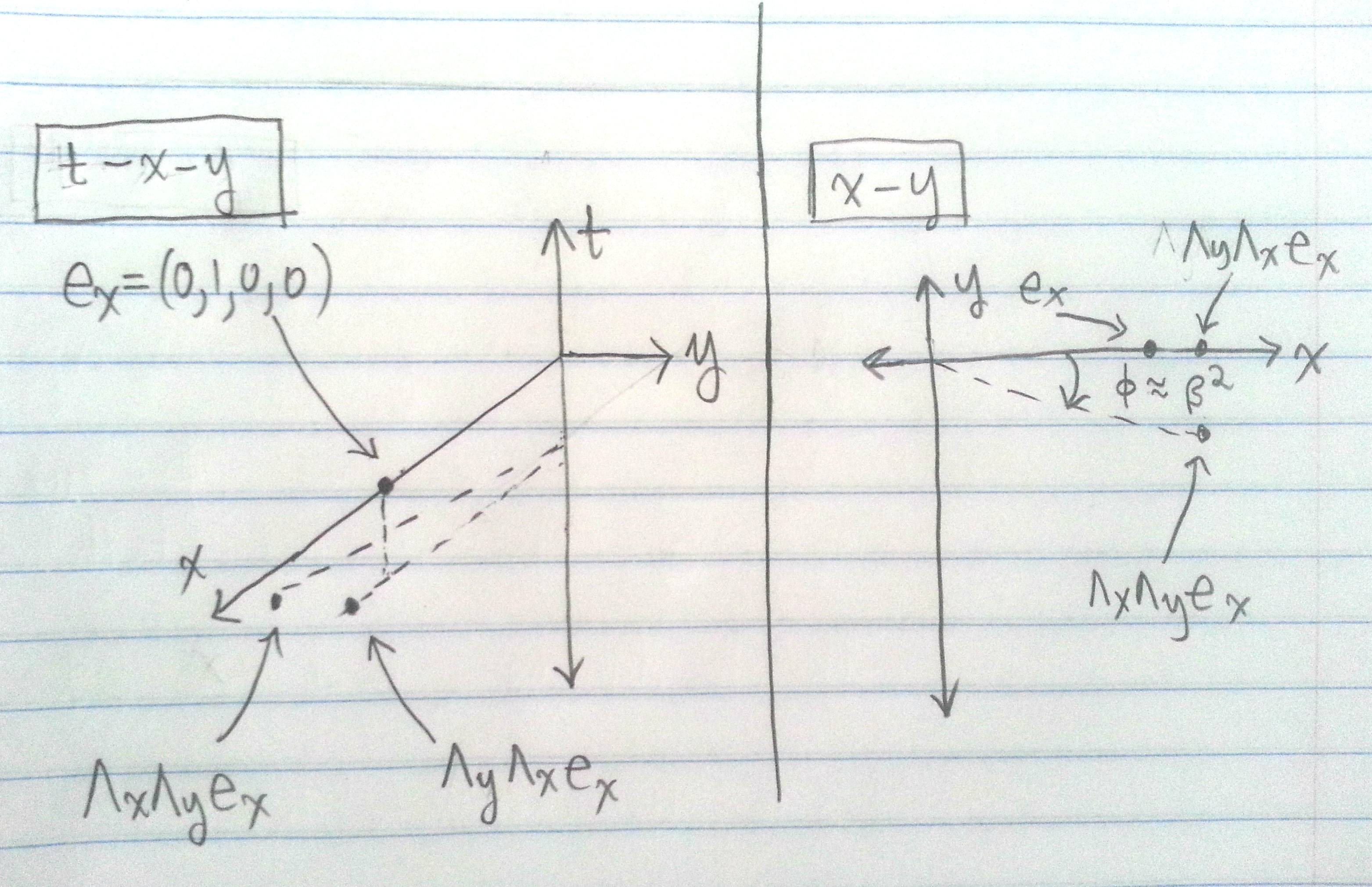 I know that this was all rather mathematical, but I can't see a way of getting around doing some math so as to be able to draw what happens to a point you choose under a given small boost or rotation.

Not the answer you're looking for? Browse other questions tagged special-relativity lie-algebra commutator visualization or ask your own question.

3
Neglecting second order differentials
2
Is there any physical significance of the Lorentz transformations not having a group structure?
0
An infinitesmal transformation that is canonical