I am quite confused when I consider the frictional force for an object moving around a banked curve.

I understand that the direction of friction changes from pointing up the slope to down the slope as the centripetal acceleration increases, as the horizontal components of the normal and frictional forces result in the centripetal force.

However, my understanding is that both the gravitational force and normal force experienced by the object remain constant. How can this be the case if the direction and magnitude of the frictional force (with its horizontal and vertical components) changes with velocity?

I created a diagram below that illustrates my understanding of the forces present when the velocity of the object on the banked curve is zero, small, and very large (diagrams 1, 2, and 3 respectively). For the forces in the y-direction to remain balanced while the frictional force changes, the y-component of the normal force should also be changing, which doesn't make sense to me.

Is there something that I am missing here, or is the normal force actually changing with velocity? 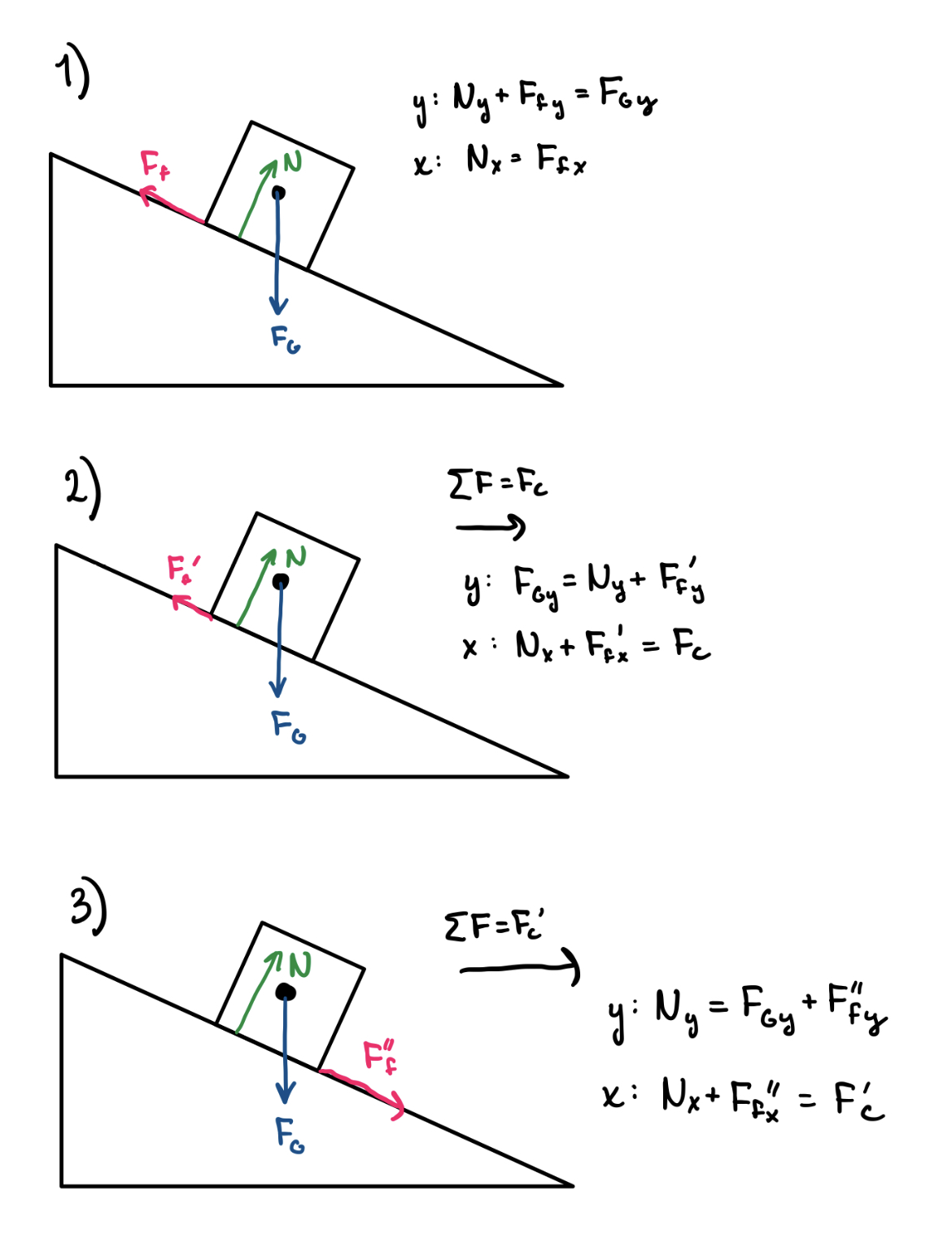 Indeed, the normal force is changing with orbital speed.

As the object is flung more outwards with higher speed in the same circular path, it applies a larger force on the banked surface. Meaning, the banked surface has a larger load to hold back against in order to avoid breaking. The normal force is the name given to the forces that come into existence in order to prevent a surface from breaking under a load. So, with a larger load, the normal force increases.

You could also turn this around and ask: why would you expect the normal force to be constant? There is no reason to expect that. The normal force is a reactionary force that adjusts its magnitude to any surrounding effects at any given moment. (Possibly you are intuitively assuming the normal force to match gravity, but that is a common mistake - if so, then it wouldn't make sense to ever talk about horizontal normal forces from when you, say, lean against a wall.)