I wonder why people use examples of light clocks to explain time dilation. But in reality it violates the speed of light.

Wouldn't the light blip just miss to hit the opposite mirror after it's emitted?

You are making a common mistake. The speed of light is constant, not its direction. The direction of any motion can be frame dependent. If I walk at right angles across the carriage of a moving train, in the frame of a person standing on the platform as the train passes, the path I take is at an acute angle to the platform, even though it is at a right angle on the train. It is the same with the path of light. If I shine a laser pointer vertically upwards at a spot directly over me on the ceiling of my office, in the frame of a passing motorist the light follows a path slightly off the vertical.

Look at relativistic aberration of light and relativistic photon momentum. This means, in special relativity, the light beam's velocity components $c_x,c_y,c_z$ as well as momentum components $p_x, p_y, p_z$ ("inertia") depend on the chosen inertial frame by the Lorentz transformation. Only the magnitude of light speed remains the same in all frames.

In terms of the light clock this means, that if the beam is propagating vertically in the clock's rest frame, it propagates at a certain angle in another frame.

Light is an EM wave. Electric and magnetic vector fields change between inertial frames according to Lorentz transformations.

The E vector and B vector of the wave are orthogonal to its path for both frames. Supposing for example that they are respectively in direction $x$ and $y$ in frame A, for which the rays travels in $z$ direction.

In frame B, these vectors have different directions in general, according to the transformations. But being an EM travelling wave, they must remain orthogonal to the propagation.

So, it is expected a change in the direction of light rays for different inertial frames.

This spatial diagram of the two transverse light clocks might help. 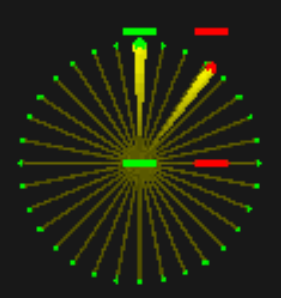 Note that the speed of the signals is the same
---in a spacetime-diagram, the signals are on the light-cone of the [initial] light-flash.

Here is the spacetime diagram of the situation: 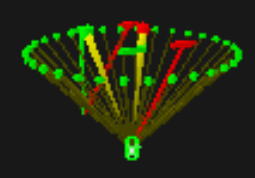 Here is an animation. https://www.youtube.com/watch?v=1-K3VDKjMdM

2
How is the special theory of relativity observed for these types of clocks?
4
Why are the proper time and the proper length not defined in the same frame of reference?
0
Einstein on a train paradox: what's the resolution?
1
Speed vs Velocity of light in Light clock thought experiment
1
Does light emitted in opposite direction hit equally distant objects at different times?
7
If clocks themselves are based on light signals, wouldn't we expect the measured speed of light to always be the same constant?
2
Time dilation thought experiment with accelerating clocks
4
How does the principle of relativity imply that photon clocks and mechanical clocks experience time dilation the same way?
0
Moving clocks tick slow and time dilation