What is so special about a cork that produces its zero poisson ratio? What other materials share this characteristic?

It's no trick at all to obtain a Poisson ratio of nearly zero in a material in general; you just need to suppress any mechanisms that would produce a lateral expansion (or, much less typically, contraction) upon uniaxial compression.

If we remove material, for example, then we sidestep the issue—that we'd otherwise encounter—that uniform condensed matter tends to stay at a constant volume when it's deformed (particularly so for liquids and compliant solids). Cellular solids, however, i.e., solids with some missing regions (such as foams, honeycombs, cancellous bone, and cork) can easily deform uniaxially with negligible lateral deformation. Consider the uniaxial crushing of an aluminum honeycomb as an extreme example in which a cellular solid easily accommodates densification:

An excellent general reference on this topic is Gibson and Ashby's Cellular Materials; in fact, the authors begin by describing Robert Hooke's ca. 1660 observations of the microscopic structure of cork, a type of oak bark: 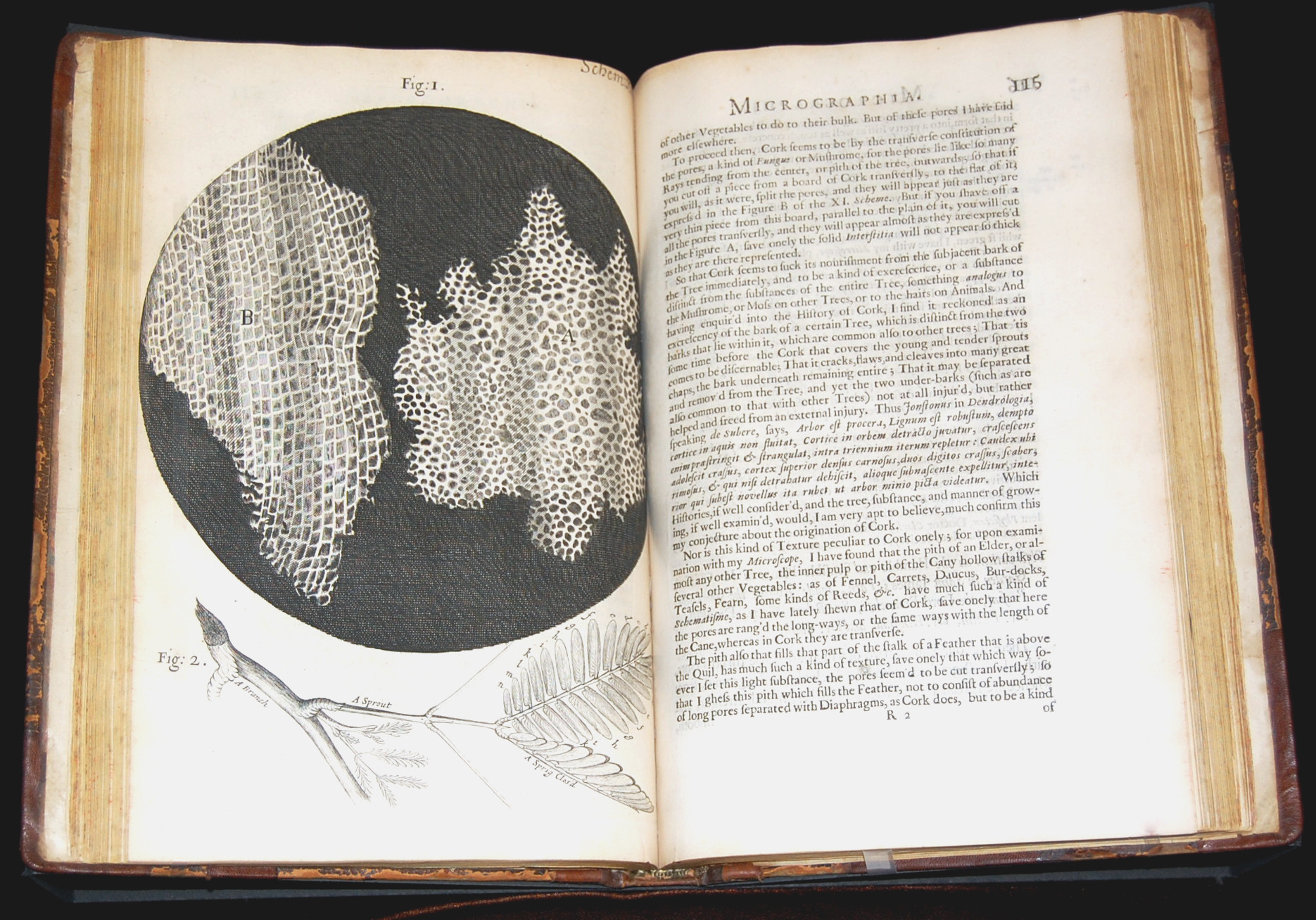 (Such observations ultimately led to the term "cell" for the proliferating biological unit of life, as the spaces reminded Hooke of a monk's monastery cell.)

It's useful to refer to the conventional coordinate system:

The cork cells are closed, roughly hexagonal cells (as viewed down the radial direction) with corrugated walls (as viewed in the axial or tangential directions) that collapse easily under load. As a result, Poisson's ratio involving the radial direction is very small and nearly zero because the solid material simply folds up into the existing adjacent spaces. (Other related outcomes are that Young's modulus and the bulk modulus are low, the density is low, the thermal conductivity is low, and the loss coefficient is high, as is the energy absorption capacity.)

Greaves et al.'s review article on Poisson's ratio $\nu$ plots this parameter against the ratio of the bulk modulus $B$ to the shear modulus $G$: 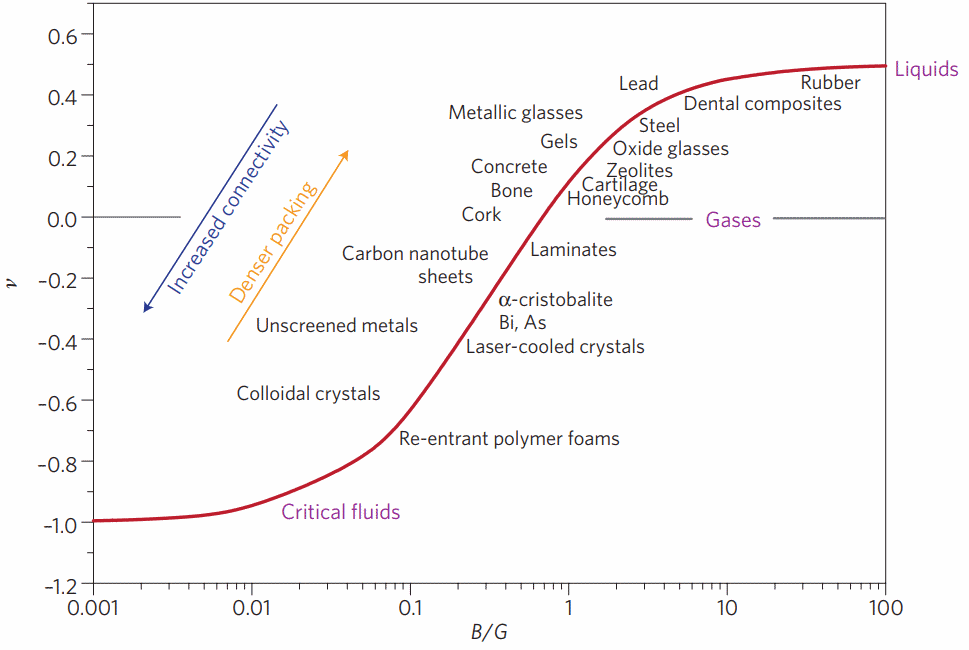 As expected (and as discussed in Gibson and Ashby's textbook), we find that other cellular materials such as honeycombs and auxetic materials with reentrant structures share the $\nu\approx 0$ space adjacent to cork.

Not the answer you're looking for? Browse other questions tagged elasticity solid-mechanics or ask your own question.