Is the electron a pointlike particle? And if yes, how is that possible, because the energy then would diverge, wouldn't it?

A point particle is a mathematical concept, so in a way your question does not make sense. However, what we know is that with all experiments that have ever been performed, there is no indication that an electron would have a certain size/volume or substructure. Theoretically we know that there is something we don’t yet fully understand when we would try to probe below the Planck length, but that is so far from current experimental possibilities. But to come back to the first sentence of my answer. A particle is a classical / macroscopic concept, like a particle of dust. It is an approximation physicists make to solve problems. In reality an electron is the excitation of an electron field. Nothing less, nothing more.

The solution to this apparent paradox lies in what it means to be point-like. In quantum field theories, such as quantum electro-dynamics, as r approaches zero you need to consider quantum fluctuations, which, among other things add new charged particle in a cloud around the electron.

Therefore, when $r\sim1/m_e$ it is likely to see not just a naked electron, but an electron surrounded by a pair of particles (total 3 particles!): the original electron, one "virtual" positron and one "virtual" electron, which can exists only for times and separations comparable to $m_e$.

This makes the energy of the "point-like" electron much better behaved at short distance. Still, it diverges as the logarithm of the shortest distance you consider. In the end you have to consider renormalization of the theory to get finite answers.

There are, of course, more modern way of describing an electron and the laws of Electrodynamics, this is called Quantum Electrodynamics(QED), and is part of a more general theory called Quantum Field Theory(QFT). They are believed to capture the very small length scale nature of electrons.

In quantum field theory, an electron is described by a field. Moreover, this field obey some conservation laws. These properties allow us to think about it intuitively as "fluids" dispersed throughout space. They can form a sort of plane wave or a more localized wave-packets.

The divergence problem doens't go away just because we chose to describe electrons as "fluids", instead the infinite self-energy problem became the biggest problem in QFT, leading to inifite results when we calculate finite physical quantities. This problem was finally resolved by a method called renormalization, which is another fascinating story that I shall not elaborate.

In conclusion, the modern view of electrons, as least when you go to small enough scales, is with fields instead of a point. The divergence problem, however, exist in both cases, and is one of the deepest and most interesting problems that has haunted physicists for many generations.

My question is on the one hand whether that is true

In the mainstream standard model of particle physics all elementary particles in the table are axiomatically assumed to be point like.The calculations of the standard model, a quantum mechanical field theory, fit the data and are very predictive, and thus one accepts that the axiomatic hypothesis is correct.

and on the other hand if the electrostatic energy of the electron would not diverge if it was a point like particle?

This would be true for a classical particle, in classical electrodynamics. The electron, as all other particles in the table, is a quantum mechanical entity. Its footprint on a screen is the footprint of a particle. An accumulation of data on electrons with the same boundary conditions shows the quantum mechanical probability distribution of its wavefunction. The probability distribution avoids the singularity of the 1/r classical potential, as the space location of a given electron is random, before the wave function can be seen in the accumulating many measurements. 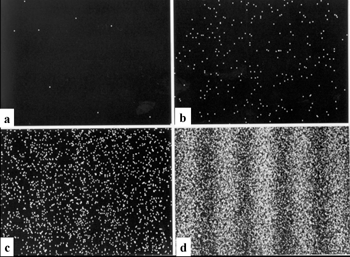 Fig. 2 Single electron events build up an interference pattern in the double-slit experiments.

The electron footprints look random, until a large accumulation is gathered where it shows the wave nature of the probability of finding an electron at the (x,y) of the screen.

This is the state of mainstream physics. This does not mean that experiments are not trying to find what the size of an electron is. Recent results on the size of the proton, a composite particle,

The result, published in Nature on 6 November, puts the particle’s radius at 0.831 femtometres.

For the electron , a classical "radius" can be measured ,as in this answer and links therein:

In QED, electrons are only point-like, which makes quite a difference. In the context of scattering experiments, the electron size is determined by the form factors, which are not those of a point particle, due to radiative corrections

The fact is that there is no "wave" in space for the individual electron, as the above double slit experiment shows with the foot print of individual electrons, and the hypothesis of its being a point in quantum mechanical calculations holds as far as data goes.

This is an excellent question. We know from experiment that the electron behaves like a point charge to all accessible scales, that is no deviation from the potential of a point charge has been observed. This indeed leads to a diverging self energy. Main stream physics has no answer to the question how this is possible.

Not the answer you're looking for? Browse other questions tagged electrons potential-energy singularities point-particles self-energy or ask your own question.

7
Why are electrons and quarks 0-dimensional?
12
Experimental boundaries for size of electron?

2
How is the energy of an electron-shell related to the speed of electrons in that shell?
0
How do I describe the energy an electron gains (and loses) in a circuit?
31
Where is the evidence that the electron is pointlike?
6
Divergent self-energy of point charges in Classical Electrodynamics
0
What are the sources of infinities in (unrenormalized) quantum field theory calculations?
2
How does the electron understand that it being observed in the double slit experiment?