Does a cornering wheel turn (change the direction it travels) at its contact point or some other location?

According to vehicle dynamics, there appears to be two different ways a wheel travels a curved path. I don't think this requires an expert in vehicle dynamics because it is a simple physics problem of a rolling wheel changing direction.

The figures below examine the path of the front wheel of a bicycle as the rider counter-steers and proceeds through a left turn - Figs 1A-1D. 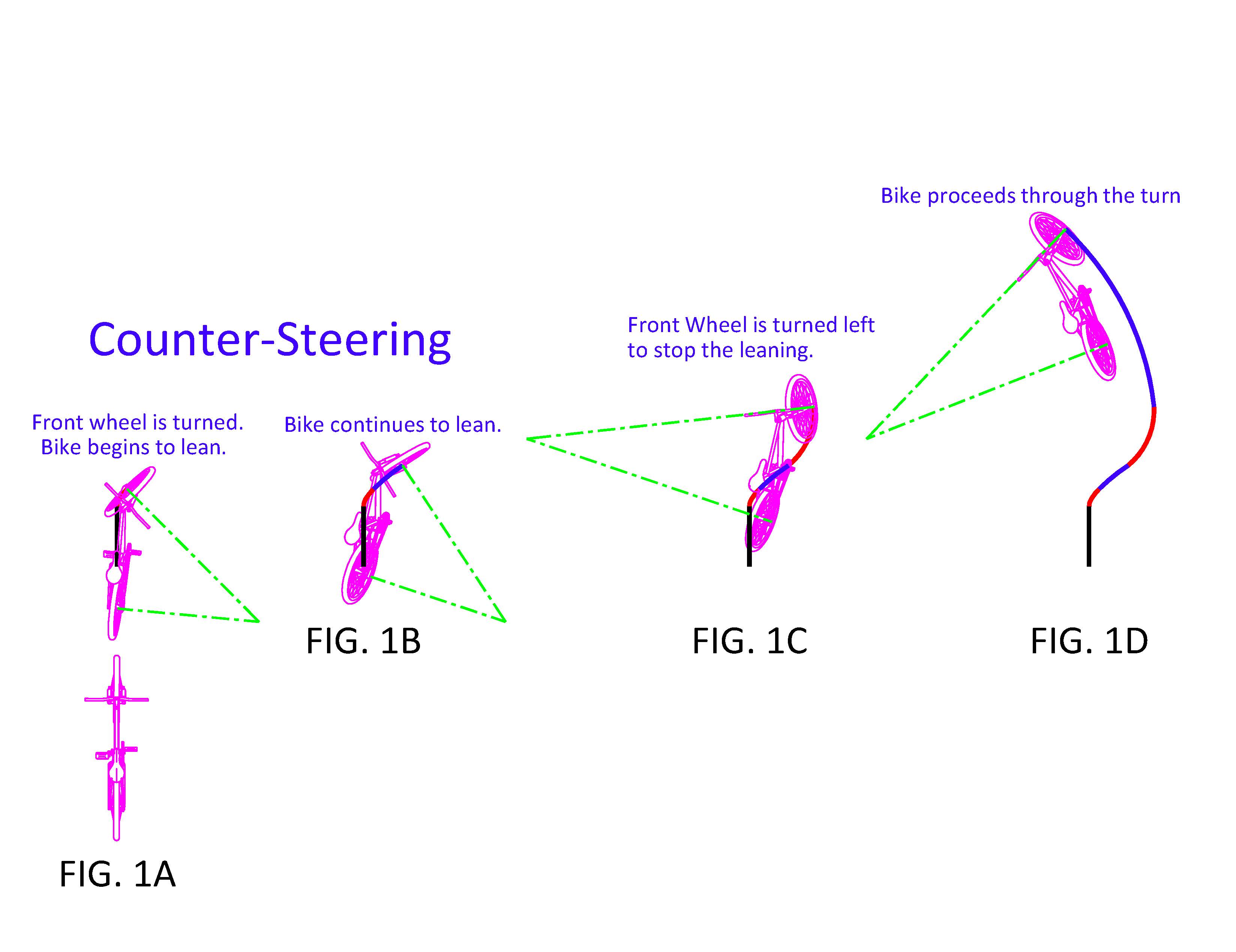 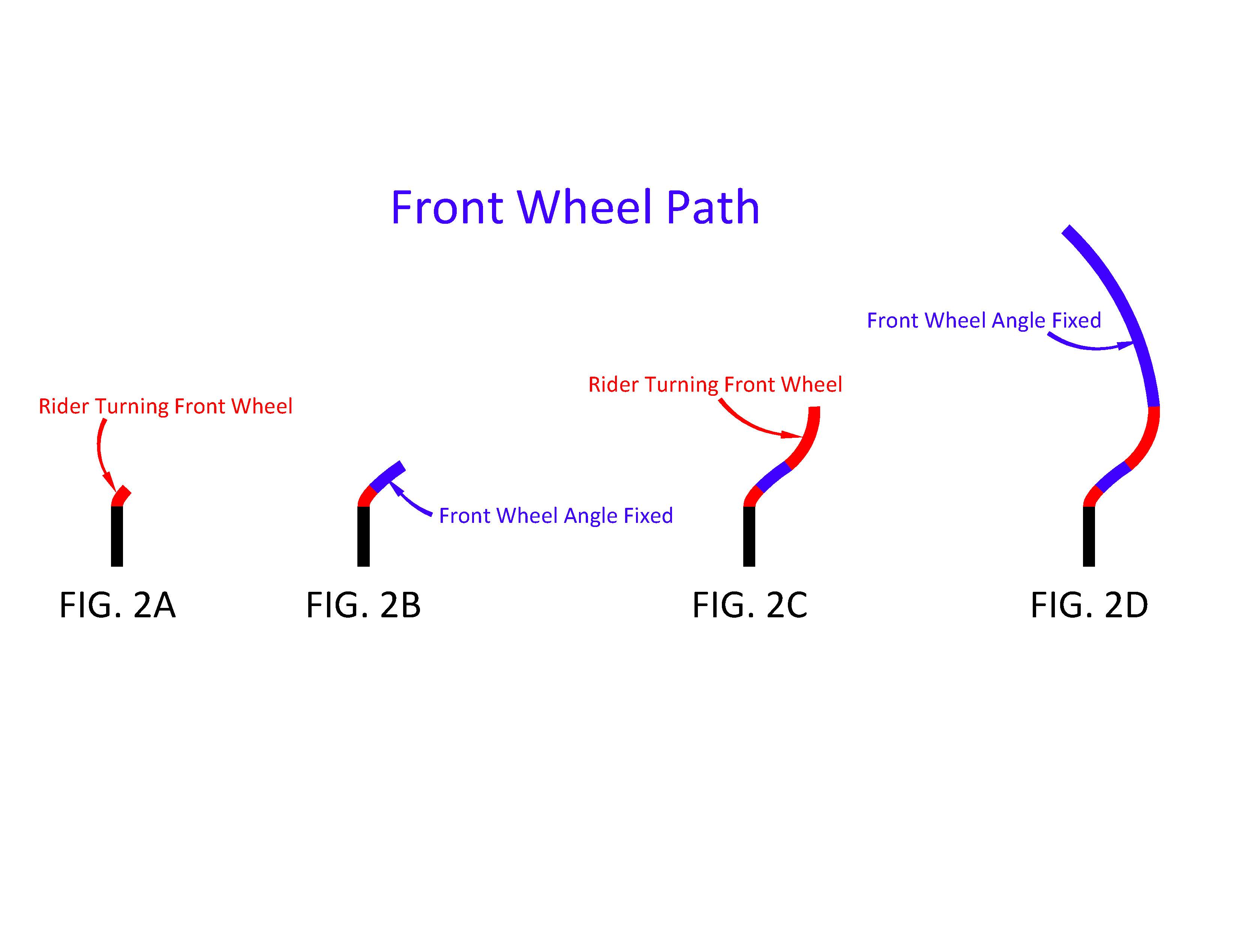 During the periods where the front wheel is fixed at an angle, which are shown in blue, the wheel also proceeds through a curved path. We now say the wheel proceeds through the curved path by a different mechanical principle and no longer turns at its contact point to change travel direction. Since the wheel directions are fixed, we think they turn about a location other than at each contact point. We believe both wheels are tangential velocities rotating about the turn center - blue paths in Fig 3. 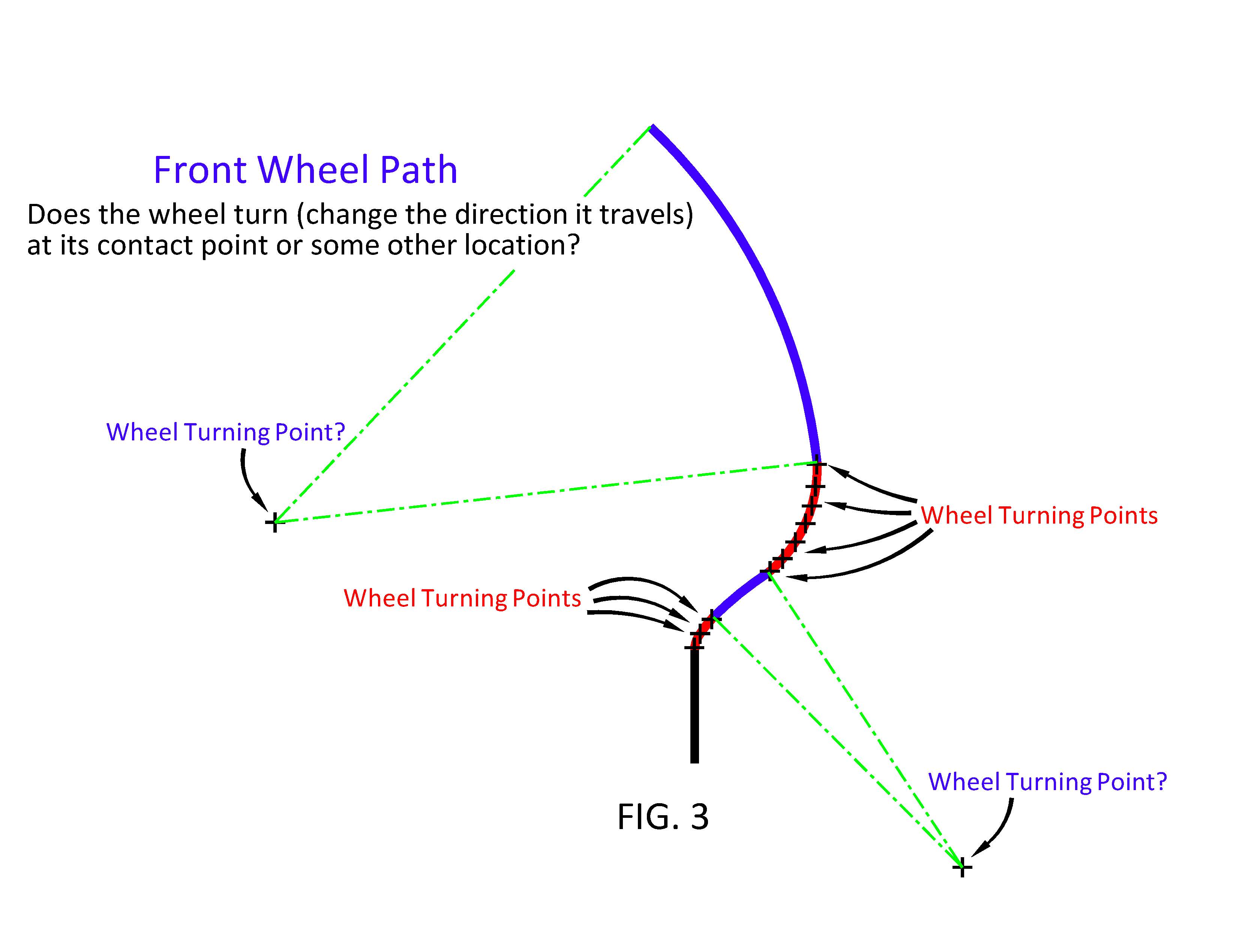 The turning of a front bicycle wheel is about an axis determined by the axle which mounts the handle bars. On an automobile, the turning axle is beside a steerable wheel and out of sight behind the wheel when viewed from outside.

If you consider the center of the axle, it has forwards motion and rotation at the same time. The combined effect is that the center of rotation (pivot point) is a the distance point indicated in your diagrams. 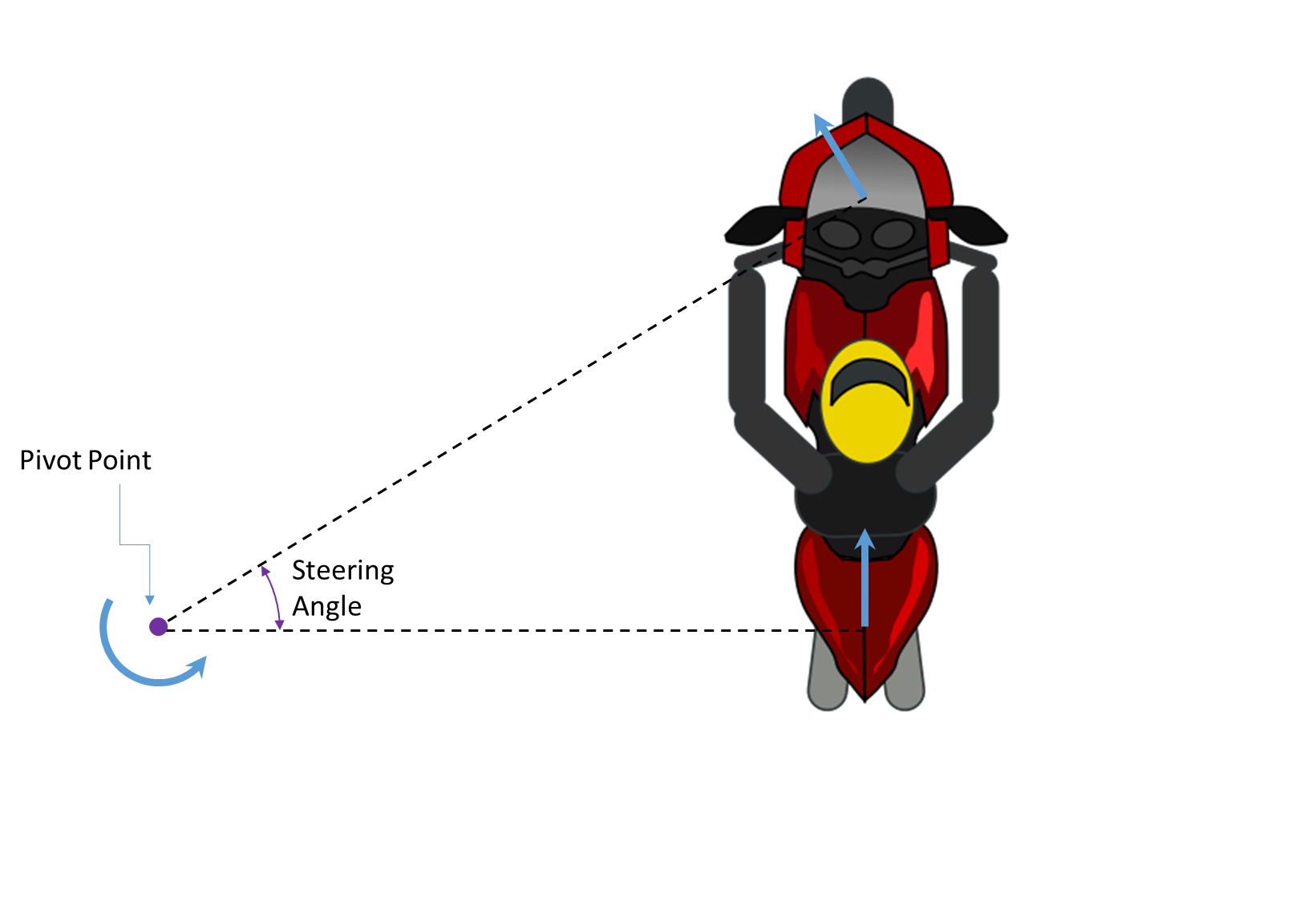 Not the answer you're looking for? Browse other questions tagged newtonian-mechanics rotational-dynamics rotational-kinematics rotation or ask your own question.

0
How can the torque a bicycle experiences be calculated based on the center of gravity, weight and a force?
24
What is the cause of rolling friction? & why is it less than sliding friction?
2
Angular and linear displacement of a turning car
3
What causes a car's velocity to follow the front wheels' direction?
2
What makes a skier turn when weight is applied on the front-inner side of the outer ski?
0
What is torque, really? and can it be determined for a point on a circle that is away from the center of the rotation axis by a radius $r$?
0
Why does speed affect turn radius when turning a motorcycle given a fixed lean angle?