"The impossibility of experimental proof of Novikov's self-consistency principle"

According to the self-consistency principle, the universe protects itself from attempts to change the past; it won't let the time traveler to kill his grandfather or otherwise change his own past (in other words, our region of spacetime does not contain inconsistent CTCs). Obviously, in such a crude version, time travel is impossible; but it can be assumed that some technical ways are possible to create a paradox of violation of the cause-and-effect relationship (“the grandfather paradox”). But if scientists create some kind of apparatus that can create a paradox and damage the space-time continuum, then, according to the principle of self-consistency, the universe will not let them start this apparatus: some mystical factor will lead to equipment breakdown or any other emergency, due to which it will not be possible to cause a paradox.

It turns out that attempts to provoke paradoxes are a kind of “sin from the point of view of the Universe” and should be prohibited by law. If 10 laboratories independently try to cause a paradox, either some random factors will prevent each of them from doing this, or, more likely, a big catastrophe will occur in the world, preventing experiments in all of these 10 laboratories. From this point of view, it becomes strange that we exist at all - if the universe is protected from paradoxes, it is protected from the emergence of intelligent civilizations that can cause paradoxes.

Probably, my reasoning looks naive on such a serious forum, but it develops the thoughts expressed by many science fiction writers about time travel. See for example here:

On the other hand, in S. Lloyd's article on time travel, everything looks different: 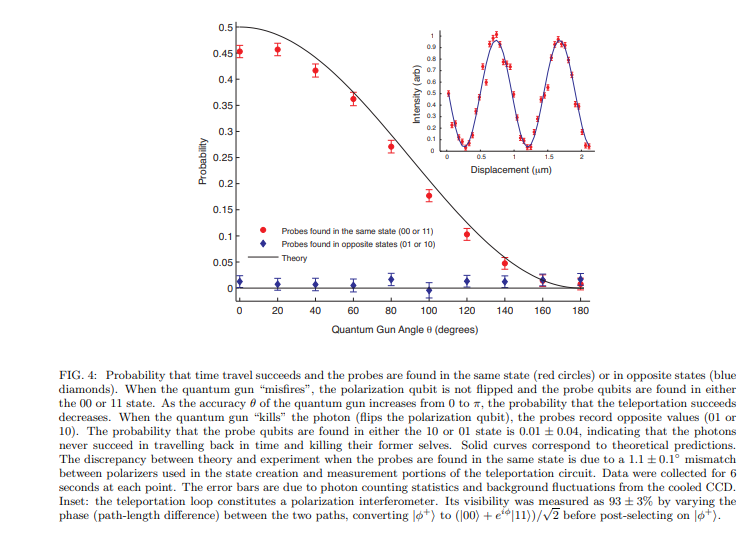 Why didn't the universe stop Lloyd from conducting his experiment?

Browse other questions tagged quantum-mechanics spacetime or ask your own question.