Why Energy bands in a p-n junction bend counter-intuitively

Question : How Conduction Band gets raised in energy when under a positive potential

I was trying to understand band bending with a simple model. Here, I am first considering a p-n junction that has attained equilibrium. (fig 1). The Fermi Levels coincide ensuring no more diffusion but the bends haven't been marked. 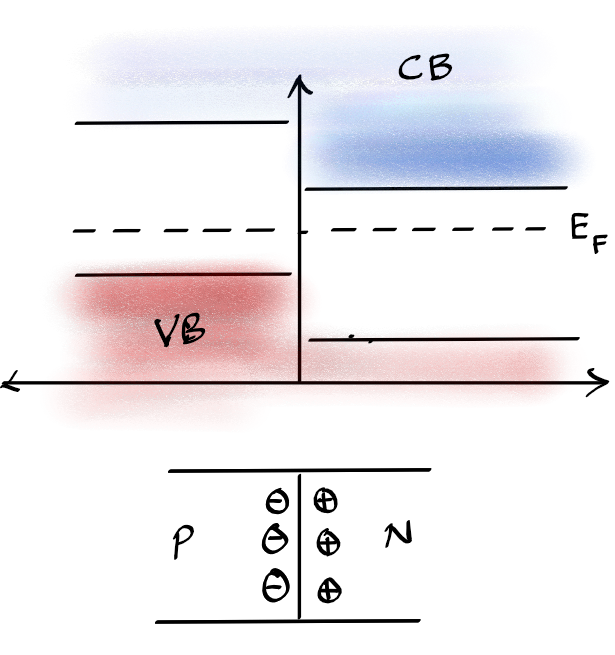 The diffusion of majority carriers has created a positively charged n-side and a negatively charged p-side. The charge separation creates a potential, which changes the energy of Conduction Band CB.

Initially, it was assumed that the electrons in the CB are under the influence of NO POTENTIAL. But now, because of the excess + charge, electrons on the n-side (under a positive potential) should be lowered in energy. Since Bands are just the energy levels of electrons, My intuition says the Conduction band should bend downward, lowering its energy on the n-side. 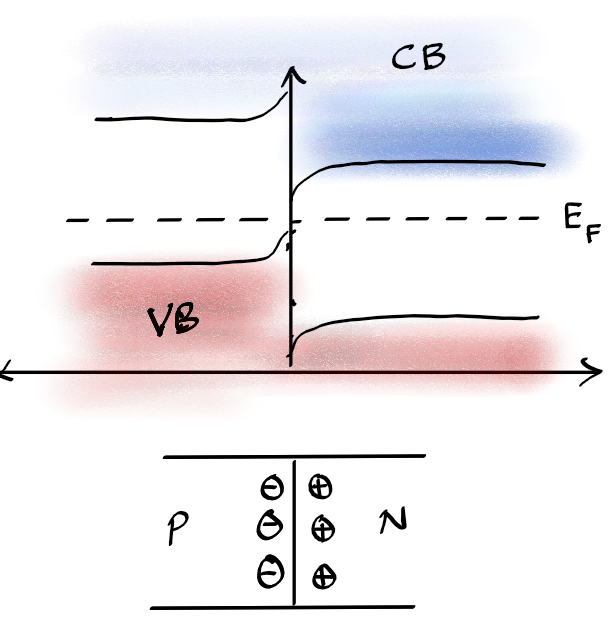 This is not true for sure... But I cannot find my mistake. Maybe I took the energies wrong. Please clarify How Conduction Band gets raised in energy when under a positive potential

Browse other questions tagged energy semiconductor-physics electronic-band-theory or ask your own question.