Why my glass spects or windows becone blurr in winter i.e cold weather due to my breath but NOT in summer i.e hot weather?and why disappear after?

I noticed than when I blow up on my spects it get blurr as water vapor condense onmy spects, but after some time it dissappear! How?

If water vapor at first place loose heat to my spects as my spects were cool , but it again vaporise by gaining heat from my spects!

So why at first place the condense on my lens if they can gain heat from.my lens to vaporise again?

do vapor also condense(irrespective of surface temperature) on hot surface once , but due to its temperature it SIMULTANEOUSLY again evaporate by absorbing heat without taking much time like in cold surface THEREFORE not becoming visible like blur on surface as condense water droplets immediately change into vapor within no time? OR something else happen?

Overall my doubt is

If water vapor condense on any surface say my spects for first time then why after some time the blurr cause due to condense vapor disappear I.e evaporate by taking surface heat?

And why not atmospheric moisture condense on my lens , why only vapor original from my mouth? 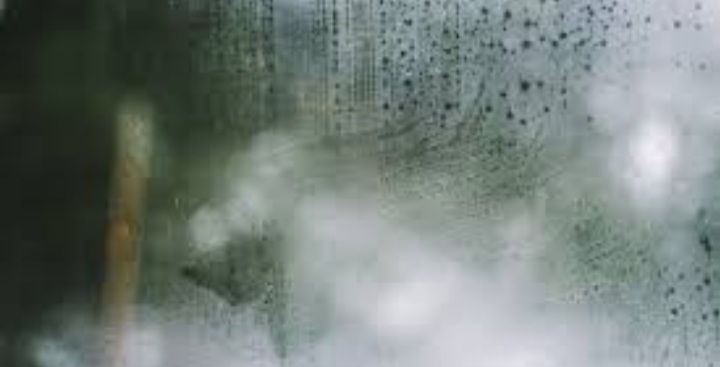 My glass window (that created by my mouth breath and after sometime it dissappear, why?)

That's incorrect: water vapour in the atmosphere does condense onto cold surfaces: it's called dew.

There are two things happening

If the surface is cold, the condensation might be faster than the evaporation.

The warmer the air, the more water vapour it can hold. If you blow moisture-laden breath onto the surface, it cools and the excess vapour condenses onto the glass, perhaps faster than it can evaporate. When you stop blowing, the balance is restored.

It is to do with the dew point.

Another aspect, is that if you have just put on your glasses, the lenses will quickly warm up from the proximity to your face. So they might mist up when you put them on, but soon clear as the glass warms. This can be more noticeable when wearing a mask for Covid-19 protection, as more exhaled air might be directed around the edge of the mask towards the eyes.

And if you go outside wearing your glasses, they don't condense as readily as other outdoor surfaces, because they are warmer.

Not the answer you're looking for? Browse other questions tagged thermodynamics temperature everyday-life evaporation condensation or ask your own question.

2
Heat of vaporization of water - dependence on relative humidity?
1
Liquid nitrogen condensing oxygen out of the air
4
Why can I see my breath after I pop my ears?
3
Why does hot food cause Condensation?
0
Help me in understanding the general principles behind evaporation and condensation of a liquid
0
Exact mode of evaporation
0
Why liquids evaporate completely when heated at their boiling points?
3
Why don't clouds gradually evaporate and never come down as rain?