What's the relation between quantized Hall effects and topology materials?

All these effects are just describing the transport phenomena of materials or physical systems driven by electromagnetic fields. The driven force is clearly described below: 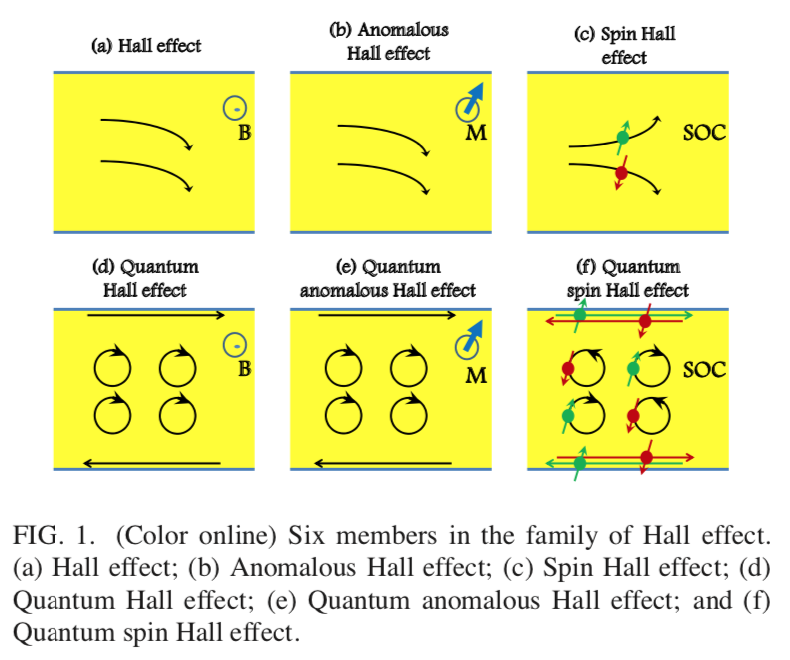 The quantum hall effect (in its many forms) are related to the second point on that list: Quantized response functions.

In particular, the famous TKNN invariant relates the hall conductivity $\sigma_{xy}$ (a response function) directly to a quantized topological invariant (the Chern number) through: $$ \sigma_{xy} = -\frac{e^2}{2\pi \hbar}\sum_{\alpha}C_{\alpha} $$ Where the sum is over the filled bands and $C_{\alpha}$ is the Chern number of band $\alpha$.

The topological invariant $C_{\alpha}$ is quantized to be an integer, and therefore the response function is quantized (in units of $e^2/{2\pi \hbar}$).

The interplay of response functions and topology is profound, as usually nontrivial topology is detected through some response-type experiment. There are many other examples, including the quantized circular photogalvanic effects (an optical response) associated with certain Weyl semimetals or the quantized magnetoelectric responses, associted with certain magnetic TIs

A good review of the interplay of response functions and topology can (in my opinion) be found in D. Vanderbilt's Berry Phase in electronic structure theory (2018), though most texts on topological insulators should cover this link.

Not the answer you're looking for? Browse other questions tagged quantum-mechanics topological-insulators quantum-hall-effect or ask your own question.