Question about time dilation and what an observer sees

This is a soft question I was discussing with a friend. Suppose a portal opens up (I know this is fiction) but for the sake of argument, let's suppose something like that happens. And the observer can watch "live streaming" to the other side of the portal to a planet really far away - maybe near a black hole.

Eistein's relativity suggests that different gravity fields impose difference in time. Suppose 1 minute in the planet of the observer is 10 minutes to the planet that the portal lets you look at. Would the observer see the people going in fast forward? Or in general, what would he see since the light passes in real time through the portal? Would he just look in the past?

Now a less fictional question similar to the above: Do points in space exist such that are so close (as in, just as close as the earth is to the moon) yet their gravitational fields or velocities are so much in difference that the difference in time can be observed in real time with your own telescope/eyes? Would you see people get old really fast? (Careful - I'm not talking about the time difference imposed by the the lag you get of the big distance the light has to travel). For example: maybe 2 close planets, one just after the event horizon of a black hole and one just outside (I know you can't get information from objects inside a black hole) but this was what came first to my mind as objects close but in different gravity fields.

I'm a mathematician so excuse me if I don't understand exactly how time dilation or general relativity work.

Ignoring your first paragraph because magic portals are governed by the whim of fantasy authors, not the laws of physics.

Qualitatively: the shortest time between two events is always the time measured by the clock for which those events are in the same place, and an observer watching a moving clock always sees the clock advancing slower than the observer's clock.

where $v_e = \sqrt{2GM/r}$, the escape velocity the observer would need to escape the gravity well

$\Delta t$ is the time measured by the observer

and $\Delta t_f$ is the time measured by an observer infinitely far from the massive sphere.

For a circular orbit, in the frame of the orbiting body, 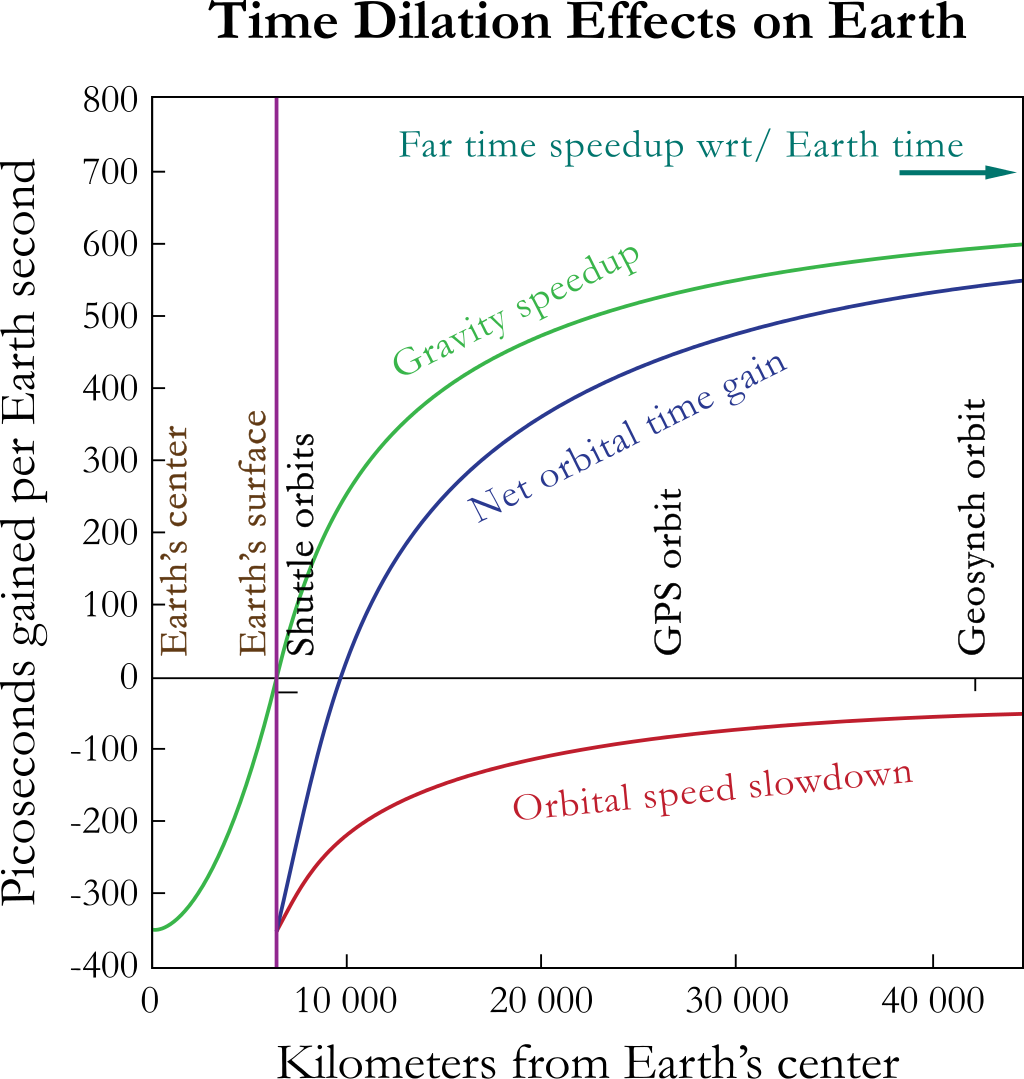 Not the answer you're looking for? Browse other questions tagged general-relativity gravity soft-question time-dilation observers or ask your own question.