Why my electromagnetic coil generates a weak field and increase its resistance when I use higher voltages? [closed]

Ask Question
Asked 2 months ago
Active 2 months ago
Viewed 49 times
0
$\begingroup$
Closed. This question is off-topic. It is not currently accepting answers.

I've been trying to build a coilgun, so I winded a cable around a 7cm long pvc tube (the diameter is 2 cm). The cable is composed of about 30-35 parallel wires so I calculated the general resistance of the cable (using ohm's second law for each wire and than the formula for the resistance of parallel resistors) and it turned out to be around 0.017 ohms.

After that I measured the currents and the voltages, this resistance value didn't make any sense (for example I had 1.2 V and only 0.2 A) so I tried to use resistors with known resistance to find out the internal resistance of the multimeter which I was using. This turned out to be, on average, 5.96 ohms.

I then measured again currents (considering the sum of multimeter's and cable's resistance) and voltages and this time they were normal, but only for low voltages (less than 9V). When I pushed the circuit over this threshold, the current were abnormally low (For example, when I used 23V I only had 1.9A).

The coil also generates a very weak camp. I used an app for smartphones (I know that isn't a good instrument but I used it only for reference) and it measured about 40 microteslas with 1.5A, instead a little bar magnet generated about 50 microteslas (it is also visible, because the coil can only move magnetic needles, instead the bar can pull some paperclips).

The coil has 72 turns, I don't know what went wrong. I hope you can help me. Thanks in advance. 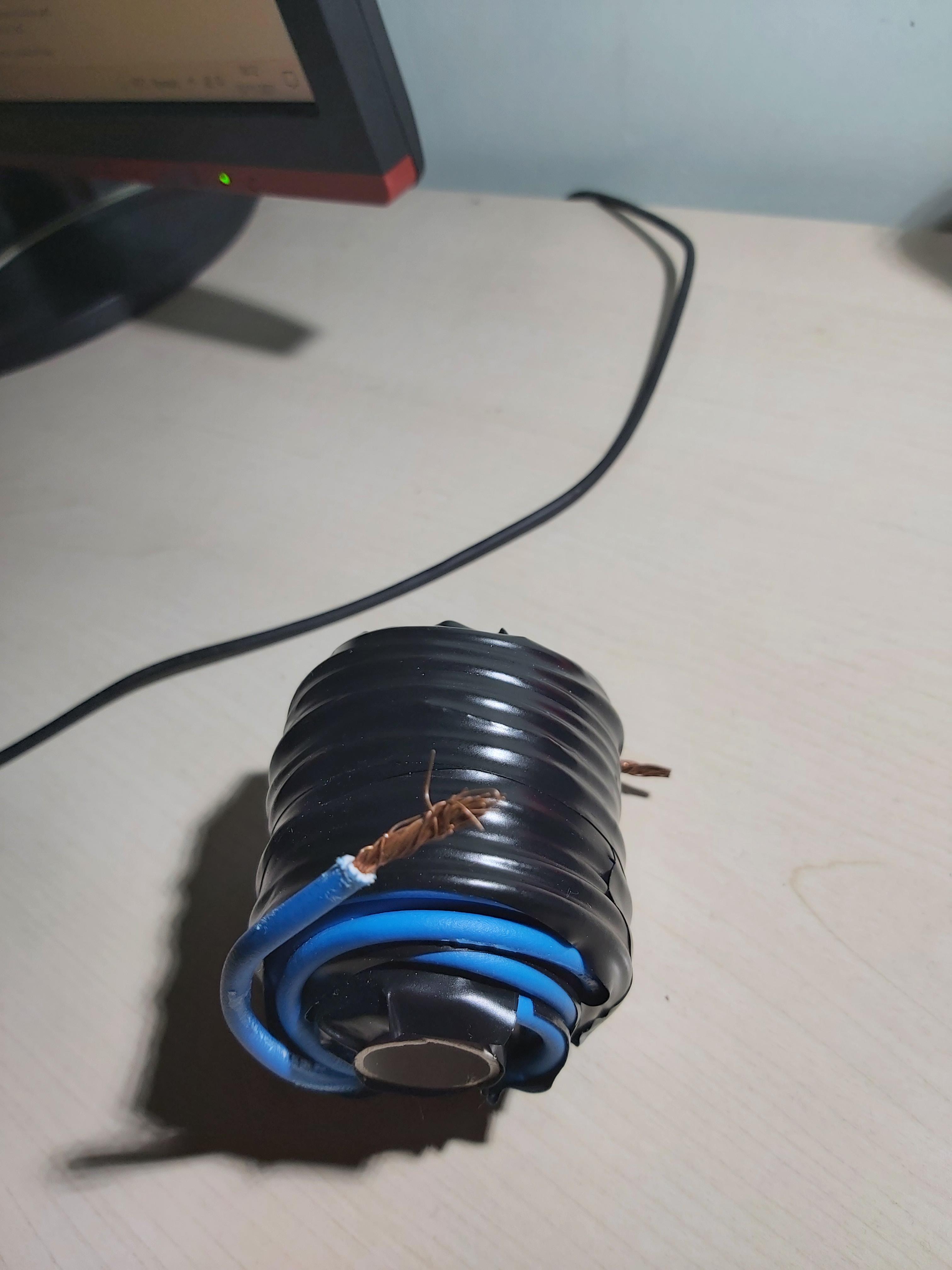 Your power supply is not strong enough to pump enough current though the coil to make a big field. Furthermore, when you jack the supply to the max, a self-protection circuit inside it called a foldback kicks in and chokes off the current flow to a low value to protect the power supply from a too-low load impedance.

Not the answer you're looking for? Browse other questions tagged electromagnetism electrical-resistance or ask your own question.

3
Why does magnetic field increase when the number of coil turns increase?
0
Faraday and Lenz's Law - Coil Experiment
1
Why isn't my electromagnetic harvester working?
0
Why are resistors useful?
2
Internal resistance and Instantaneous current?
0
Same length insulated wire small gauge vs larger gauge
2
How can I provide a solenoid with the current it needs to accelerate a ferrous projectile to a given velocity?
1
Why did I get less magnetic strength with more windings on a coil?