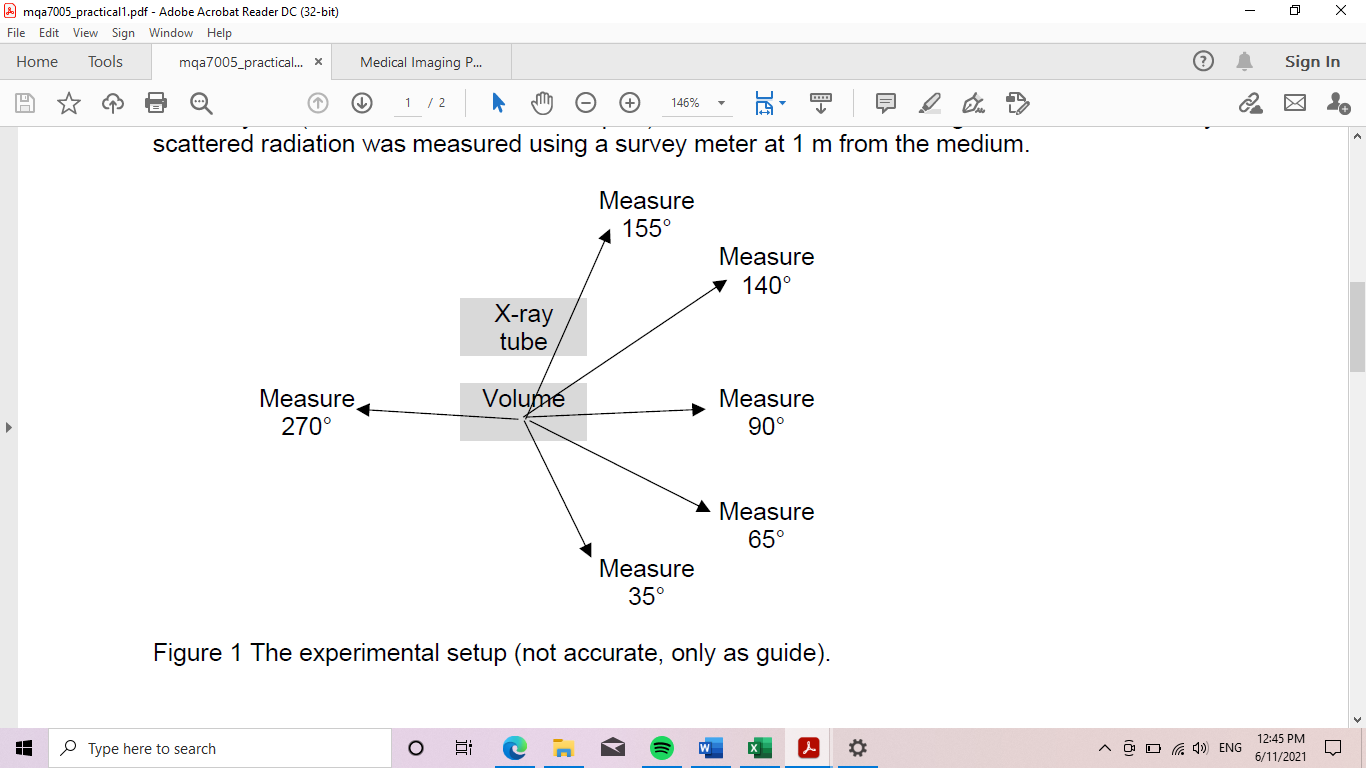 I need the confirmation, is it if we put survey meter at 270 degree, does the reading of scattered radiation is same with 90 degree. In my opinion, the reading would be same as the distance is still same (other factor like kVp, Feild size, thickness are constant). or do we need to considered back scattered radiation as it deflect 180 degree.

In one of the first experiments on polarizing Mott scattering of electrons, in 1927, Cox and collaborators built an angular detector like the one you are describing here. They included “redundant” detectors at 90° and 270° as an experimental control, expecting those detectors to give identical results, but they did not. After a heroic experimental effort, Cox et al. discovered that their “control” measurement was well-behaved if they used electrons from a thermal source, but not if they used electrons from a beta emitter.

The significance of this observation wasn’t understood until 1958, in a literature review by Grodzins. Cox et al. had discovered that electrons from beta sources are already polarized when they’re emitted; this is a violation of “parity symmetry” which occurs only in weak interactions. There is a lovely explanation in Allan Franklin’s book “Are there really neutrinos?” Franklin calls the Cox et al. experiment the “non-discovery of parity non-conservation.”

You are right to suspect that the 90° and 270° measurements should be identical. That’s why you measure them. If they come out different, that difference will show up somewhere else in your experiment as well.

Not the answer you're looking for? Browse other questions tagged scattering x-rays medical-physics or ask your own question.

0
Guinier regime for form factor
0
Thomson scattering: radiation scattered in one direction or all directions?
8
Is my tritium keychain emitting significant amounts of radiation?
0
Factor that effect resolution in CT and PET
2
Laser flux power density and Raman scattered radiation