Is the voltage ever undefined?

I was in a question in Electronics SE, and a lot of people said something that I'm sure is wrong. They said, "The voltage between two points that are not part of the same circuit is undefined".

Or in other words, "if I have a circuit that is fully isolated ("floating"), then the voltage between any point in it and the ground, is undefined".

Now, I'm 100% sure that the voltage between any two points in the universe is well defined. It doesn't matter if they are in different circuits, same circuits, or even the same galaxies.

It may be hard or impossible to calculate, but it is not undefined!

This was driving me crazy so I ask, am I wrong? Are they wrong?

Suppose we have two devices that consist of a battery connected a resistor - one resting on the ground - the other suspended from a balloon.

It would be possible to measure a real potential difference between any two points in those devices. And yet if we model these devices as different circuits any voltage between them cannot be calculated and is undefined because we haven't included any information about how those circuits are related.

What we can do is refine these circuits by including parameters such as resistance, capacitance and inductance of air between the devices. But when we include such information they cease to be two distinct circuits and become a single more complex circuit where voltage between any two points can be calcuated. 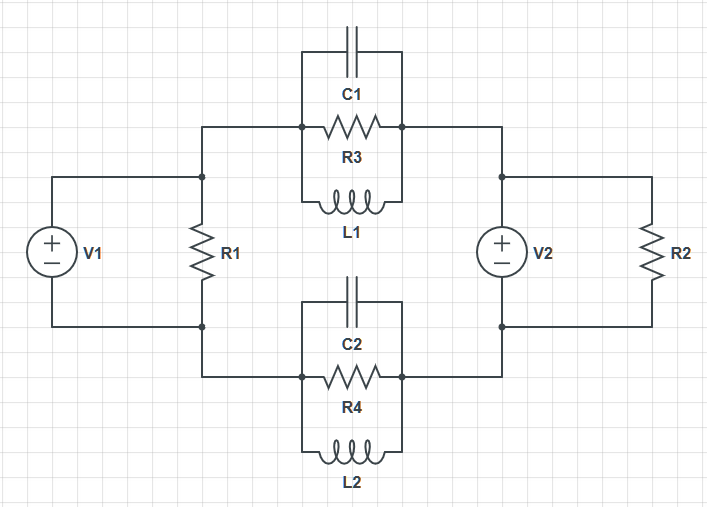 Note: Here I used simple lumped circuit approximation to illustrate the point, but the principle remains the same even for more complex models.

Is the voltage ever undefined?

The voltage, or potential difference, between any two points is always defined. It is defined as the work per unit charge required to move the charge between the two points.

"The voltage between two points that are not part of the same circuit is undefined".

It is not defined in the sense that one cannot determine what that voltage is by applying Kirchhoff's voltage laws to two independent circuits. But any voltage that may exist between them is still defined as above.

Or in other words, "if I have a circuit that is fully isolated ("floating"), then the voltage between any point in it and the ground, is undefined".

I look at the question of voltage between a point isolated from ground and ground as a separate one. There is a known electric field between an isolated point in the atmosphere and earth ground. In areas of fair weather, the atmospheric electric field near the surface of the earth's surface typically is about 100 V/m directed vertically in such a sense as to drive positive charges downward to the earth. See:

So if a point in the circuit is 1 meter above the ground, the voltage between it and the ground with air in between would be 100 V. However, due to air being a good insulator, the current density is only about 10 $^{-12}$ amperes per square meter parallel to the earth, so its influence on the circuit would be appear to be negligible. Its effect on you would also be negligible since you are a relative good conductor (relative to the air) so that when you stand on the ground you and the ground become equipotential surfaces. See.

Regarding your follow up question if the two metal pieces have the same positive or negative charge, the voltage would be zero. If you connected the pieces with a conductor there would be no current in the conductor.

I interpret that statement as "the voltage difference between those two disconnected circuits cannot be solved for using Kirchhoff's laws".

I want to elaborate a little bit on what several comments and answers have stated: Undefined from an engineering perspective is different from undefined from the physics perspective.

An electrical engineer wants to control voltages and currents in a circuit to do something useful. What matters is whether they have control over the voltage between two points in the circuit. Another way to phrase this is: can they predict what a voltmeter would read if they connect two points in a circuit? If they cannot, then the voltage is undefined from an engineering perspective because an engineer cannot rely on that voltage to be any particular value. It's irrelevant whether electric potential is actually defined from a physics perspective.

As a concrete example, consider a digital NOT gate. Let's say we work with 5V logic, so passing a 5V signal into the input of a NOT gate gives 0V and passing 0V to the input of the gate gives 5V. Now, what happens to the output if the input of the digital NOT gate was not connected to any part of the circuit? Physically, the input will be at some voltage relative to the circuit ground, but you cannot predict what this voltage is as it will vary depending on the environment. Thus, for an engineer, the input voltage is indeterminate and of no engineering use, hence "undefined". The consequence is that sometimes the output will be 5V, sometimes it will be 0V, and the circuit designer has no control over when this happens, which is highly problematic if you're trying to make the circuit do something useful. Circuit designers take great care to avoid these indeterminate voltages. For example, this is why you have pull-up and pull-down resistors to make sure that the inputs to digital gates are never "floating". Hence, there is need to have vocabulary to talk about whether you have practical control over the potential difference between two parts of a circuit.

The concept of potential difference, as it is used in circuit theory, is only defined in what is called the lumped circuit approximation. This approximation requires that the extent of the circuit is physically small enough that light-speed delays between the elements of the circuit are insignificant. It also requires that there are no time-varying magnetic fields passing through the wires interconnecting the circuit.

With some effort and hand-waving circuit theory can be extended to accommodate transmission lines (where the light speed delay is not insignificant), but we generally still must pretend (even if it isn't true), that the ground potential is constant between the two ends of the transmission line.

Both of the components of the lumped circuit approximation are invalidated in the case where one part of your circuit is on Earth and one on Jupiter, so you can not expect the potential difference between two points on the two parts of the circuit to be well defined.

Or in other words, "if I have a circuit that is fully isolated ("floating"), then the voltage between any point in it and the ground, is undefined

But it depends on who you are talking to. An engineer will probably use the term undefined meaning unmeasurable or unknowable.

From a mathematical standpoint, 'no' all the equations and values are defined.

People seem to be overlooking something that I consider pretty important. The voltage is not always well-defined, even in principle. By definition, voltage is defined by $$ V(x) = - \int_P^x \vec{E} \cdot d\vec{x} $$ where $P$ is some chosen reference point. This definition only makes sense if the integral does not depend on the path you take to get between $P$ and $x$. For smooth enough $\vec{E}$, this is equivalent to demanding $\nabla \times \vec{E} = 0$. But Maxwell's equations tell us that $$ \nabla \times \vec{E} = -\frac{\partial B}{\partial t} $$ So whenever there are time varying magnetic fields, we cannot expect to have well-defined voltages, at least not according to the usual definition.

Not the answer you're looking for? Browse other questions tagged electric-circuits voltage electronics or ask your own question.

30
Is every open circuit a capacitor?
45
Does alternating current (AC) require a complete circuit?

42
I don't understand what we really mean by voltage drop
0
How Can the Same Resistance Cause Different Voltage Drops?
1
What is the voltage in electrical circuits?
1
Voltage Change Across a Resistor/Circuit
0
What exaclty is voltage?
1
Is voltage and electric potential actually the same thing? If not, why?
4
Why can voltages be summed around a circuit if there is magnetic induction?
0
Voltage and electric field in a closed circuit confusion
0
Electric Circuits and Kirchhoff's Voltage Law