Why do the eyes of a person wearing glasses not look blurry if almost everything looks blurry when I wear them?

When I wear my mother's (hyperopic) glasses, almost everything appears blurry, (the reason for which was explained in this answer). What I don't understand, is why this doesn't work backwards. Assuming the corrective lens is biconvex with equal radii of curvature, I would expect that the wearer's eyes would appear to be blurry to me, which is not the case.

I beleive that when I look at the eyes of a person wearing glasses, I am looking at an image of their eyes. I think this is true because they may sometimes appear magnified, like in this case: 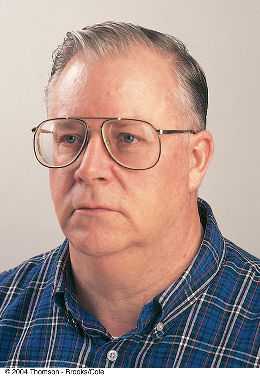 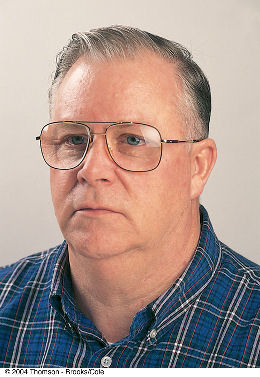 However with this reasoning, wouldn't there be specific distances near the glasses, where the image of the eye, and the region surrounding it will appear blurred, because this image is behind the lens?

You are looking at the outer surface of the eye through the glasses. The eye forms its image on the retina.

On the other hand, when you wear her glasses, they cause rays from the camera sensor to come to a focus in front of or behind your retina. Light from that point could follow the rays backward to a point on the sensor, but a point on the retina would be out of focus.

When you focus the camera on a face, light from a point on the face comes to a point on the camera sensor. Light from slightly farther or closer are almost points. The camera uses a small aperture, which blocks rays except those that travel pretty close to a straight line. These rays come to an almost point. This gives the camera some depth of field. A ranges of distances near the true focal plane are close enough to in focus that they look clear.

You can see the effect of an aperture by taking off your glasses and seeing the blurry world. Look through a pinhole and the focus improves. When you get an eye exam, this is why the opthalmologist puts drops in your eye to dilate it. He maximizes your eye's aperture so he can learn about all your eyes defects, not just the central portion.

The weak glass lenses change the angles of rays slightly, as if that portion of your face was a little closer or farther away. But not so much that it is noticeably out of focus, given the camera's depth of field. The eye's lenses is much stronger. The retina would be well out of focus.

In either case, the result is the formation of a virtual image ($q < 0$) which is consequently behind the lens. If a person with proper eyesight looks at this virtual image, the image is perceived as an object, and will not appear blurred unless it lies closer than the viewer's near point.

Not the answer you're looking for? Browse other questions tagged optics geometric-optics lenses vision or ask your own question.

1
Why do my friend's glasses make things look blurry when I put them on?

47
Do people wearing glasses have different field of view than those who don't?
3
Why don't spectacles form these weird images?
4
Why do we see a blurred image when the screen is not placed at the position where the image is formed by a convex lens?
2
Can a person with healthy eye see things clearly if he/she uses spectacles?
0
Focus at infinity
0
Why is a simple magnifying glass placed very close to the eye?
1
Why objects dont appear closer and smaller to a myopic person and far and larger to hypermetropic person after wearing spects?