Here's a diagram of a man standing on a ladder that's currently fixed in position. 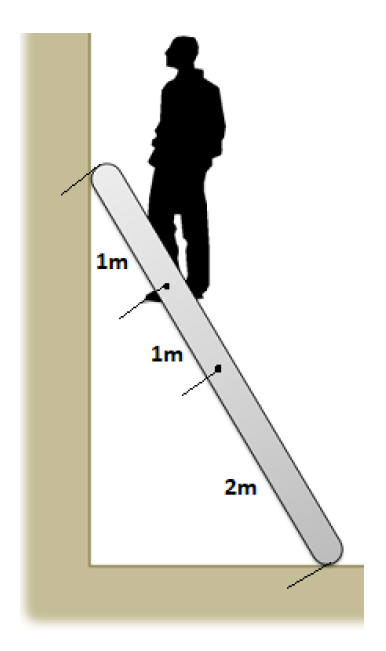 Forces are in equilibrium, and the ladder is static. There are two figures illustrating the forces acting on the ladder: 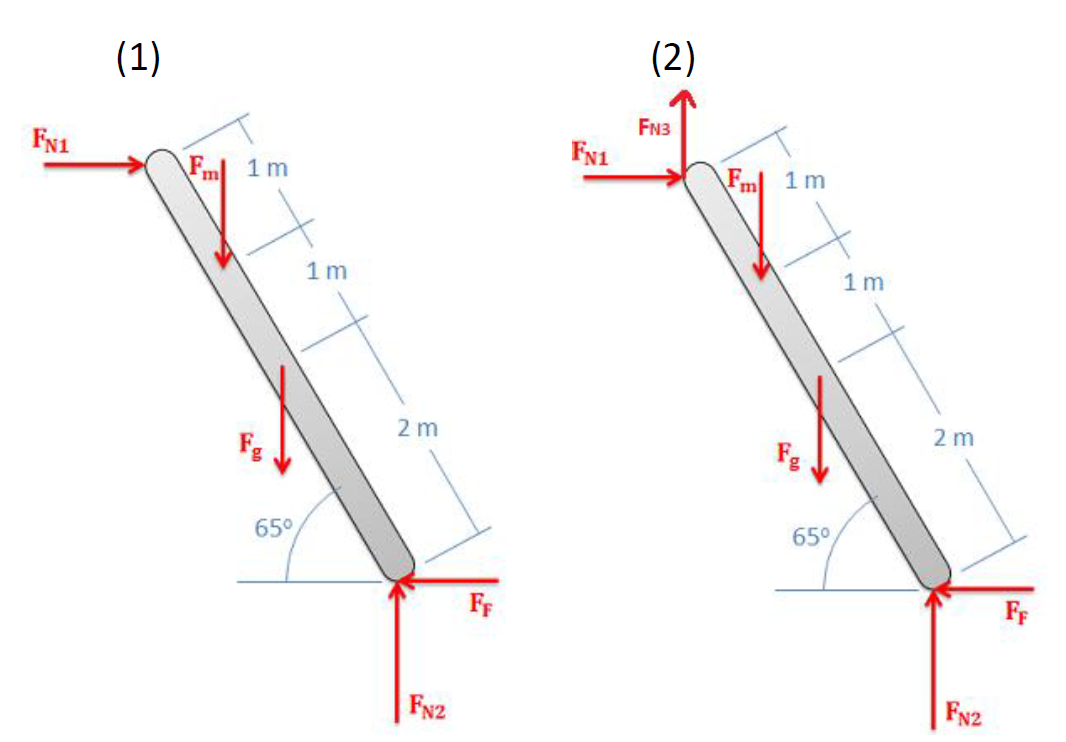 Imagine that the floor was frictionless. That is, $F_f=0$. If there was also no frictional force between the wall and ladder, the ladder and man would fall to the ground.

This means that $F_{N3}$ is a frictional force. The ladder is pushing against the wall at the top point, so there is a normal force perpendicular to the wall called $F_{N1}$. Since there is friction between the wall and ladder, $F_{N3}$ acts to stop the ladder from slipping and falling (as does the other frictional force $F_{f}$ which acts horizontally). This is why $F_{N3}$ points vertically upward.

Not the answer you're looking for? Browse other questions tagged newtonian-mechanics forces friction free-body-diagram statics or ask your own question.

2
Nature of frictional force
0
Why there is an extra componet of force in this Equilibrium state?
1
Dynamical friction force
1
Forces on a ladder leaning against a box
0
Frictional forces and their directions
5
Why is the normal contact force horizontal on an inclined ladder?
1
Leaning ladder problem
1
If I hold a ladder at an incline to a frictionless surface and then release it, will it slide?