Why an electron and a positron should have the same lifespan?

According to Particle Data Group: 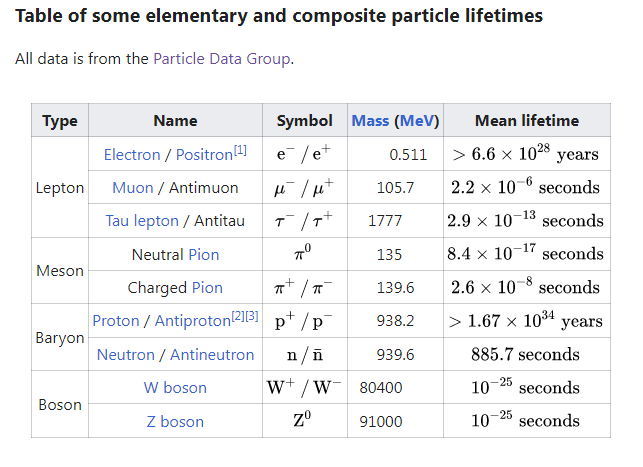 Particles and their antiparticles (i.e. antimatter) have the same lifespan.

The electron/positron for example have a minimum of 6.6E28 yr. This was experimentally verified for the electron here in this 2015 paper: paper (see also here in this story cover article IOP)

Nevertheless, there is no any experimental verification of why stable antiparticles like the positron should have the same lifespan with their normal particles counterparts (e.g. electron)?

Seems to me that this is more like a theoretical ansatz.

Is there any experimental verification ever for the above?

This might be crucial information. Maybe besides charge and chirality there is something else going on concerning the interaction of stable antiparticles with vacuum space that could explain why matter is dominant in our Universe and not annihilated with the production of equal amount of matter and antimatter during the Big Bang?

Within the standard model, the lifetimes of antiparticles are the same as for particles, and this has been checked by experiment.

The same is true for what is given on the right for the proton antiproton, that might decay as some models predict. It is the proton whose lifetime can be checked very accurately. Antiprotons carry the problems of production and easy annihilation in any experimental setup.

Not the answer you're looking for? Browse other questions tagged quantum-field-theory particle-physics electrons quantum-electrodynamics antimatter or ask your own question.

24
How does Positronium exist?
2
Self-antiparticles and broken symmetries
14
Could electrons be a form of antimatter?
2
A single electron (and positron) annihilation, is my face melted?
1
Electron-positron annihilation/creation
2
Could a solid object made entirely of antimatter safely "touch" ordinary matter without annihilating each other because of EM force?
7
Is an Anti-positron actually only a relativistic effect on the observed helicity of an electron?